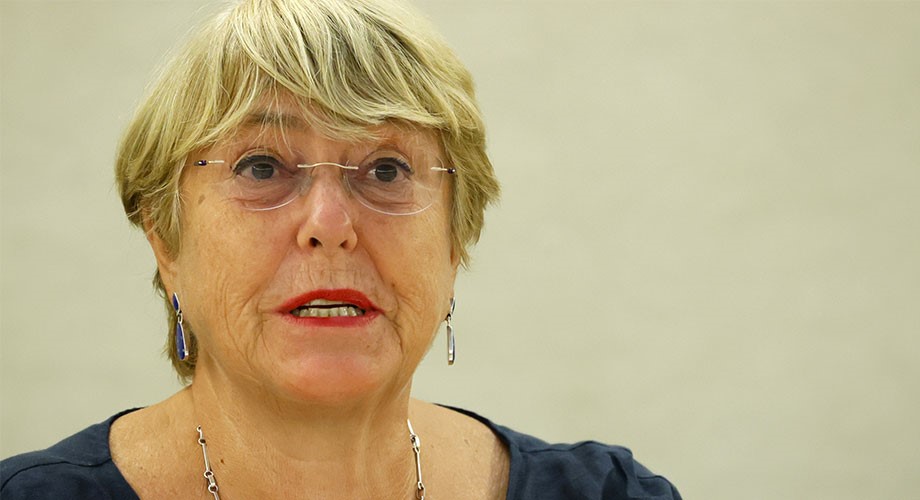 THE United Nations High Commissioner for Human Rights, Michelle Bachelet, Monday flagged the ‘misuse’ of the Unlawful Activities (Prevention) Act by the Indian authorities, pointing especially to Jammu and Kashmir as having among the highest number of UAPA cases.

She called the trend “worrying”, speaking at the 48th session of the Human Rights Council.

She also flagged the frequent temporary communication blackouts in the Union Territory.

“Indian authorities’ restrictions on public assembly, and frequent temporary communication blackouts, continue in Jammu and Kashmir, while hundreds of people remain in detention for exercising their right to the freedom of expression, and journalists face ever-growing pressure”, Bachelet said.

Although she acknowledged the Indian government’s efforts to counter terrorism and promote development in Jammu and Kashmir, she said that such “restrictive measures can result in human rights violations and foster further tensions and discontent”.

In the case of China, Bachelet said she was unable to report progress in her efforts to seek “meaningful access to the Xinjiang Uyghur Autonomous Region”.

“My Office is finalising its assessment of the available information on allegations of serious human rights violations in that region, with a view to making it public”, she added.

Bachelet’s speech was largely focused on the environmental crisis. She said the “triple planetary crises” of climate change, pollution and nature loss represented the biggest threat to human rights globally at the opening on Monday of a month-long session set to prioritise environmental issues.