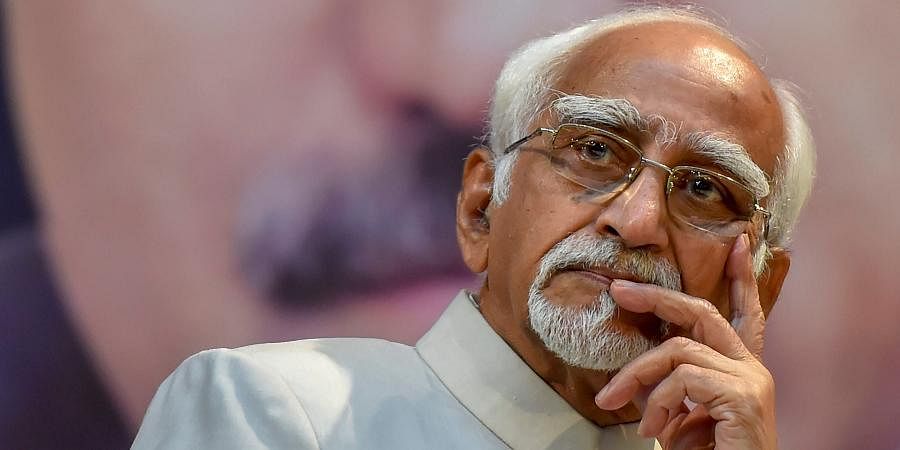 Washington, Jan 27 (PTI) Former vice-president Hamid Ansari and four U.S. lawmakers have expressed concern over the current human rights situation in India.
They were speaking at a virtual panel discussion organised by the Indian American Muslim Council on Wednesday.
India has rejected criticism by foreign governments and human rights groups on allegations that civil liberties have eroded in the country.
“As the Indian government continues to target the practices of minority faiths, it creates an atmosphere where discrimination and violence can take root. In recent years, we have seen an uptick in online hate speeches and acts of hate, including vandalised mosques, torched churches, and communal violence,” said Democratic Senator Ed Markey, who has a history of taking stands critical of India, including opposing the landmark India-U.S. civil nuclear deal during the Dr Manmohan Singh regime.
Participating in the panel discussion from India, former vice president Ansari expressed his concern over the rising trend of Hindu nationalism.
“In recent years, we have experienced the emergence of trends and practices that dispute the well-established principle of civic nationalism and interpose a new and imaginary practice of cultural nationalism … It wants to distinguish citizens on the basis of their faith, give vent to intolerance, insinuate otherness, and promote disquiet and insecurity,” he alleged.
The three other U.S. Congressmen who spoke during the panel discussion – Jim McGovern, Andy Levin and Jamie Raskin – have traditionally taken stances critical of India irrespective of the governments in power in New Delhi.
“There have been a lot of problems with the issue of religious authoritarianism and discrimination taking place in India,” Raskin said.
“So we want to make sure that India stays on the path of respecting religious liberty, freedom, pluralism, toleration and dissent for everybody,” he added.
“Regrettably, today, the world’s largest democracy is seeing backsliding, human rights under attack and religious nationalism. Since 2014, India has fallen from 27 to 53 on the Democracy Index. And Freedom House has downgraded India from free to partly free,” Levin said.
McGovern, co-chair of the powerful Tom Lantos Human Rights Commission of the U.S. House of Representatives, listed several warning signs that showed India’s “alarming backsliding” on human rights, according to a media release issued by the Indian American Muslim Council.
The Indian government has asserted that India has well-established democratic practices and robust institutions to safeguard the rights of all.
The government has emphasised that the Indian Constitution provides for adequate safeguards under various statutes for ensuring the protection of human rights.