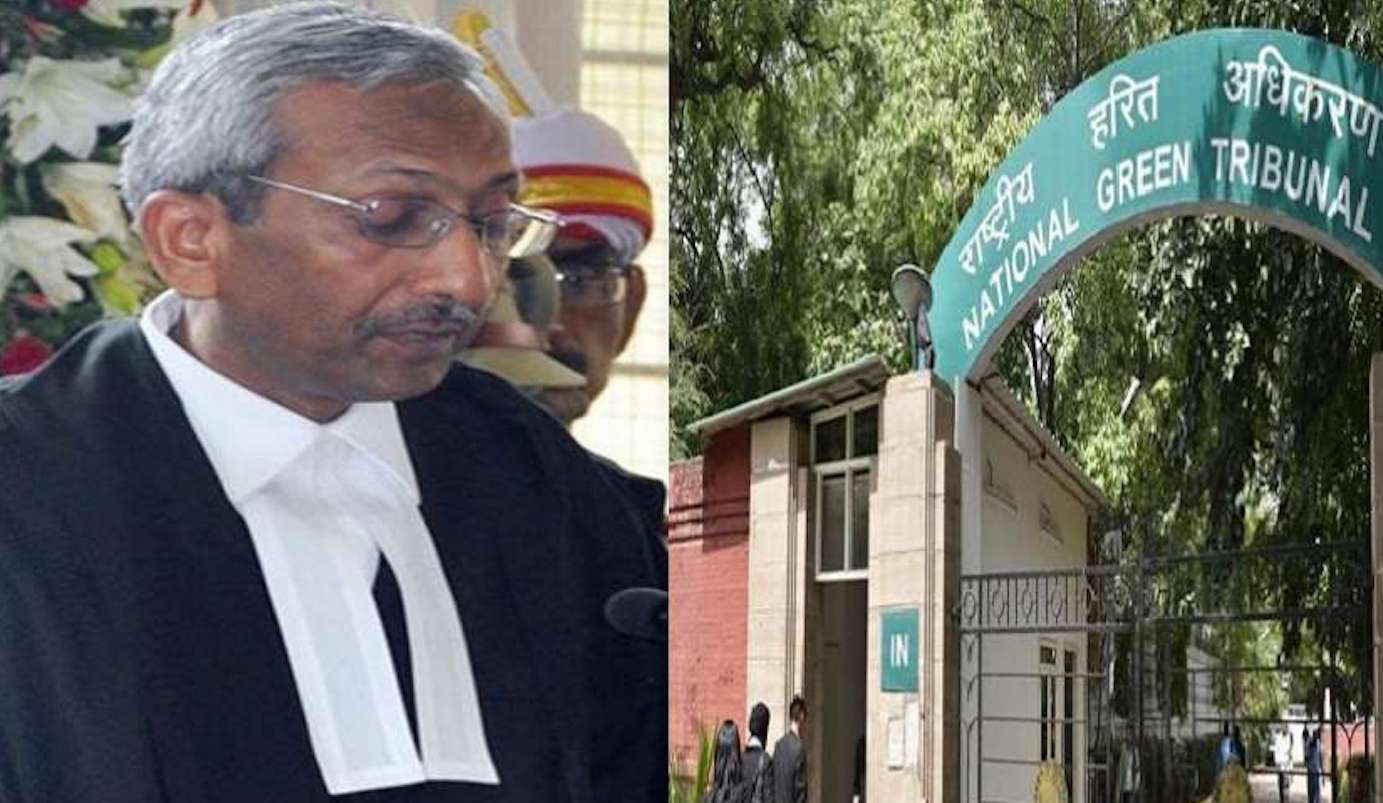 Independence of judiciaryTransparency and Accountability

Former CJI Dipak Misra had nominated Justice A K Goel to head NGT, even though Centre wanted a ‘panel of names’

[dropcap]I[/dropcap]n response to an RTI application filed by me on July 7, 2018 and September 29, 2018 addressed to the Ministry of Environment, Forests and Climate Change and the Ministry of Law and Justice respectively, it has come to fore that it was the former Chief Justice of India, Dipak Misra, who had nominated the name of Justice A K Goel for appointment as the chairperson of the National Green Tribunal on June 27, 2018.

This nomination took place at a time when Justice Goel still had a week to demit his office as a judge of the Supreme Court. The letter written by the then CJI Misra to the Union Minister of Law and Justice, Ravi Shankar Prasad, also reveals that Justice Goel had verbally conveyed to the then CJI, his willingness to accept the post-retirement assignment.

The letter dated June 27, 2018 from the then CJI Misra was sent to the Union Minister of Law and Justice in response to the letter written by the latter on April 18, 2018, to the former seeking the recommendations of suitable name(s) for the appointment to the post of Chairperson, National Green Tribunal (NGT). The Law Minister had written to the then CJI in compliance with the interim orders dated February 9, 2018 and March 20, 2018 passed by the Supreme Court of India in W.P.(C) No. 279 of 2017 that pertained to the challenge to the Finance Act and the Tribunal, Appellate and other Authorities (Qualifications, Experience and other conditions of Service of Members) Rules 2017, which govern appointments, tenure, removal and other service conditions of chairpersons and members of tribunals. The 2017 Rules had been challenged on grounds including that they gave more powers to the Executive and interfered with the judicial independence of the tribunals.

While dealing with the said challenge, a bench of the Supreme Court consisting of the then CJI Dipak Misra, Justices A M Khanwaliker and D Y Chandrachud, had ordered on February 9, 2018 that the appointment to the post of Chairperson shall be made by the nomination by the Chief Justice of India. Subsequently, the same bench on March 20, 2018 clarified its previous order and said “the appointment of the chairperson of the Tribunal shall be made by the Central Government in consultation with the Chief Justice of India”.

Interestingly, the then CJI Dipak Misra – who dealt with the issue on the judicial side – also nominated Justice A K Goel’s name for the latter’s appointment as the NGT chairperson in the light of the orders he passed on the judicial side. It may also be noted that Section 6(2) of the NGT Act, 2010 provides that “The Chairperson shall be appointed by the Central Government in consultation with the Chief Justice of India”. Further, Section 5(1) of the NGT Act, 2010, says: “A person shall not be qualified for appointment as chairperson of the Tribunal unless he is, or has been, a judge of the Supreme Court of India or Chief Justice of a High Court.”

The process of the appointment of NGT chairperson began with a letter written by the Minister of Environment, Forest and Climate Change, Dr. Harsh Vardhan, to the Union Minister of Law and Justice, Ravi Shankar Prasad, on April 3, 2018 — requesting the Law Minister to take up the matter with the CJI to recommend a “panel of names” to consider from for appointment to the post of the chairperson of NGT.

It is in response to the letter of the Environment Minister that the Law Minister wrote a letter to the CJI Dipak Misra on April 18, 2018, requesting him to recommend a “panel of names” for consideration and selection for the appointment to the post of NGT chairperson. However, the former CJI Dipak Misra sat on the letter from the Law Minister for more than two months, and finally on June 27, 2018 nominated Justice A K Goel’s name alone, instead of a “panel of names” as sought for by both the Law Minister and the Environment Minister.

The letter of the then CJI Misra containing the name of only Justice Goel for the appointment as the NGT chairperson was communicated to Secretary (Environment) on July 3, 2018 by the Joint Secretary in the Ministry of Law and Justice.

On July 6, 2018, Central Government issued the appointment order of Justice A K Goel as the chairperson of the NGT.

The correspondence among the Minister of Environment, the Law Minister and the then CJI Dipak Misra has made it clear that the consent of Justice A K Goel (since retired) was obtained while he was still a sitting judge of the Supreme Court. Moreover, his name was unilaterally picked by the then CJI Dipak Misra without offering a “panel of names” for the appointment to the post of NGT chairperson, as asked for by both the Ministers of Environment and of Law.

It’s worth noting that Justice A K Goel was in the eye of the storm over March 20, 2018 order that diluted the Schedule Castes and Schedule Tribes (Prevention of Atrocities) Act, 1989, that led to nationwide protests by members of the Dalit community, which eventually forced the government’s hand in bringing a law overruling the judgment. Justice Goel-led bench in 2017 had also diluted the Section 498A provision bringing in consent of “family welfare committees” to determine the veracity of complaints of domestic violence and cruelty filed by women against their husbands and in-laws before arresting the accused — a judgment which too has been subsequently partially overruled by a three-judge bench, interestingly led by the then CJI Dipak Misra.