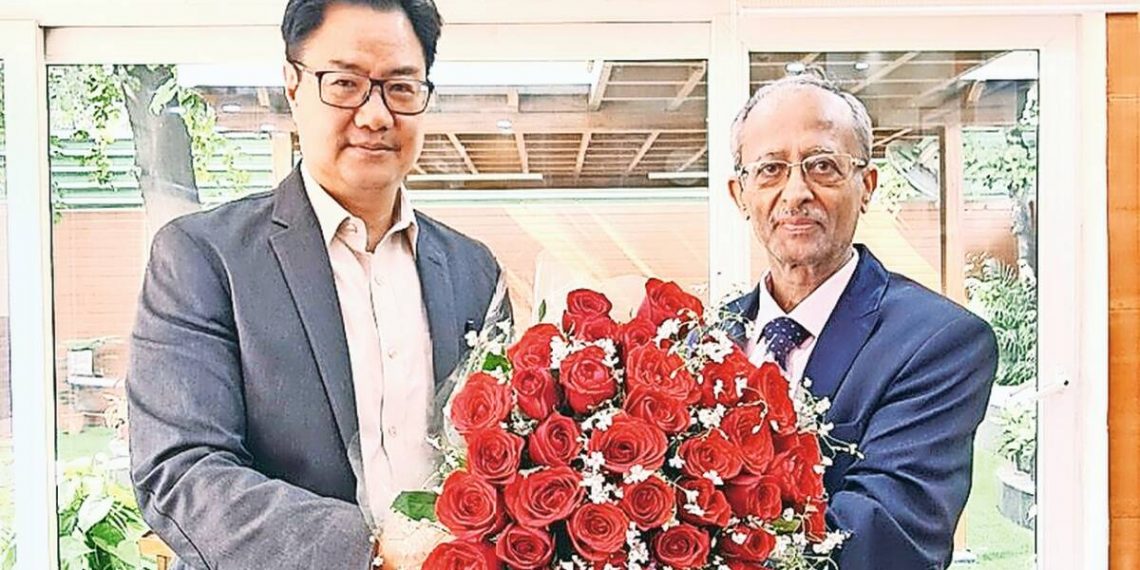 Appointed as Delhi HC judge, Mendiratta has straddled the worlds of Executive and Judiciary

NEW Delhi, Feb 27 (PTI) He has straddled both worlds of Judiciary and Executive. After a nearly two-and-a-half-year stint as Union Law Secretary, Anoop Kumar Mendiratta returns to the judicial domain as a judge of the Delhi High Court.
He is likely to take oath as a judge on Monday.
Mehendiratta, a Delhi Judicial Service officer, has achieved a rare distinction of sorts in his donning the twin hats. He was the first district judge to have been appointed as the Union Law Secretary.
His return to the realm of the judiciary also sets another record – Mehendiratta is the first Union Law Secretary to have been appointed as the judge of a high court.
Mehendiratta took his first steps in the legal world as an advocate in 1987 when he worked under Justice Valmiki J Mehta while he was a practicing advocate and later on with Pandit R K Sharma (Naseem Saheb) at Delhi High Court and district courts.
Born and brought up in Delhi, Mendiratta completed his schooling at Salwan Public School. After graduation from Delhi University, he completed his LLB from Campus Law Centre, Delhi University in 1987.
As a member of the Delhi Judicial Service, he worked in different specialised jurisdictions relating to DDA, land acquisition cases, electricity, NDPS, CBI, MACT and family courts during a large part of his career.
The posting as the first joint secretary (Law, Justice and Legislative Affairs) in the Delhi government from the judicial services helped him to get actively involved in drafting and formulation of laws as well as in the process of formulation of Report for Bifurcation of judicial districts in Delhi.
The exposure to specialised jurisdictions and large administrative issues provided a platform to him to later on join the Delhi government as Principal Secretary (Law, Justice and Legislative Affairs).
He also looked after the charge of the Delhi Dispute Resolution Society (DDRS) as the working chairperson and also conducted mediation proceedings being a trained mediator.
In October 2019, when Mendiratta was appointed as the Union Law Secretary, he was the District and Sessions Judge, North-East District, Karkardooma Courts.
Usually, the posts of secretary (legal affairs), also called the law secretary, and secretary (legislative department) are held by Indian Legal Service officers.
But as the government was looking for talent outside the Indian Legal Service to fill up the post of the law secretary, it had advertised for interested persons to apply.
At least 60 people, including government officers, district judges, advocates and legal experts, had applied for the post.