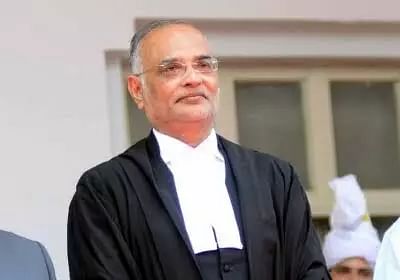 Delhi HC Chief Justice D.N.Patel’s appointment as TDSAT Chairperson close on the heels of his retirement as judge raises issue of propriety

DAYS before his retirement, the Appointment Committee of Cabinet(ACC) on March 3 appointed Chief Justice of Delhi High Court D.N. Patel as the chairperson of the Telecom Disputes Settlement and Appellate Tribunal (TDSAT) for a period of four years. The ACC comprises Prime Minister Narendra Modi and Home Minister Amit Shah as its member.
Justice Patel hails from Gujarat. He was appointed as Chief Justice of Delhi High Court on June 7, 2019. Prior to his appointment to Delhi High Court, he served as the Acting Chief Justice of the Jharkhand High Court. Before his elevation as the Gujarat High Court judge in 2004, he served as Additional Central Government Standing Counsel in 1999 and a senior Central Government Standing Counsel in 2001.

The appointment of Justice Patel to a Tribunal close on the heels of his retirement from the high court -without a cooling-off period – has once again ignited debate around the propriety of the judges being considered for post-retirement jobs, before they complete their tenure.

It is not the first instance when a judge has accepted the post-retirement assignment, before or soon after completing one’s tenure. Former Chief Justice of India(CJI) Ranjan Gogoi who headed a five-judge bench that settled the Ayodhya land dispute accepted the Rajya Sabha seat within three months of his retirement as CJI. He also headed a bench that rejected a petition seeking an investigation into the Rafale deal.

Yet another member of the Ayodhya bench Justice Ashok Bhushan was appointed as chairperson of the National Company Law Appellate Tribunal (NCLAT) within three months of his retirement from the Supreme Court. Justice Adarsh Kumar Goel’s name was nominated for the post of chairperson, National Green Tribunal(NGT) at a time when he had a week to demit his office as a judge of the Supreme Court.

It is true that the respective legislations under which such appointments are made have provision for the appointment of sitting or former judges to the Tribunals in consultation with the CJI. These legislations are seen as blurring the separation between the Executive and the Judiciary thereby undermining the independence of the judiciary.

The Leaflet spoke to former CJ of Allahabad High Court Justice Govind Mathur on the propriety of appointment of Justice Patel to the TDSAT. He said he was not concerned with the person so appointed, but he feels that while making such appointments adequate care must be taken so as to not send a message that there are certain Judges who are close to the government or as a political strategy, their appointment would be beneficial to the government.

“Such care, if not taken, causes serious wounds to the judiciary as an independent body”, Justice Mathur said.

Justice Mathur told The Leaflet that retiring Judges too bear a huge responsibility to ensure among the masses a feeling of the independent and fair judicial system by not making efforts to have post-retirement assignments in an awkward fashion.

“Self-restraint is necessary in this regard. Personally, I believe that there must be a constitutional bar for post-retirement appointments of judges to any office including quasi-judicial bodies.  At least there must be a reasonable cooling period for such appointments. The time is ripe even for civil society to make a demand for suitable amendments in relevant statutes”, Justice Mathur lamented.

Justice Patel in his tenure as CJ of Delhi High Court dealt with numerous controversial cases. In December 2019, a bench headed by him refused interim protection from arrests to Jamia students who were facing FIRs in the aftermath of anti-CAA protests which resulted in violent clashes between the students and the Delhi police. The petitioner argued that multiple reports had confirmed that students had serious injuries, and a large number of tear gas cannons had been fired.

A Delhi High Court bench comprising Justice Muralidhar and Talwant Singh had pulled up the Delhi police for not taking any action against Bharatiya Janata Party (BJP) leaders Kapil Mishra, Anurag Thakur, and Parvesh Sahib Singh for their alleged inflammatory speeches against anti-CAA protestors. The matter came to be listed before a bench led by Justice Muralidhar because Chief Justice Patel was on leave. When he resumed the work, the matter went back to him, and since then it remains undecided till now. On December 18, 2021, the Supreme Court requested the Delhi High Court to dispose it of expeditiously, preferably within three months. A division bench led by CJ Patel on January 6 this year assigned the case to a division bench comprising Justices Siddharth Mridul and Anup Jairam Bhambhani which is now seized of the matter.

Last year, a bench-headed Justice Patel upheld the appointment of Rakesh Asthana as the Delhi Police Commissioner.  The appeal against the verdict is currently pending in the  Supreme Court.