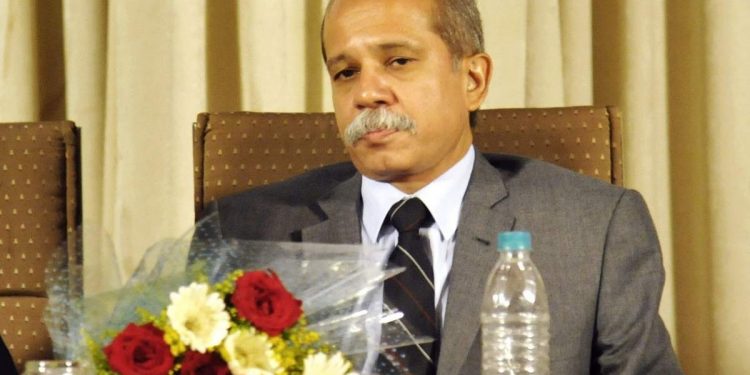 As Chief Justice of Rajasthan HC, Akil Kureshi retires on Sunday, his non-elevation to the Supreme Court may well certify his independence

“I take it as a certificate of my independence”, said Chief Justice of Rajasthan High Court, Akil Kureshi on Saturday while making reference to the recent memoirs, Justice for the Judge, authored by former Chief Justice of India(CJI) and now Member of Parliament, Ranjan Gogoi. Gogoi has revealed in his book that the Supreme court Collegium’s recommendation to appoint the then Bombay high court Judge, Justice Kureshi as the Chief Justice of Madhya Pradesh High Court was changed to the Tripura High Court on the basis of “negative perception flowing from certain judicial orders passed” by him.

Chief Justice Kureshi was speaking on Saturday at the full court reference by the Rajasthan High Court on his farewell as he is due to retire on March 6.

Chief Justice Kureshi expressed his disappointment that the perception of the judiciary – which is of great significance to him – was never communicated to him officially.

“Recently a former Chief Justice of India has written his biography. I have not read. But going by the media reports, he has made certain disclosures regarding changing the (Supreme Court Collegium’s) recommendation for (appointment as) the Chief Justice of the Madhya Pradesh High Court to that of the Tripura High Court on the basis of the Government having a negative perception about me flowing from certain judicial orders passed by me. As a judge of a Constitutional Court whose most primary duty is to protect Fundamental Rights and human rights of the citizens, I consider it as a certificate of my independence”, said Justice Kureshi.

He recalled the dissenting judgment of Justice H.R. Khanna in the infamous ADM Jabalpur case.

“So far there have been 48 CJIs, but when we talk of courage, the sacrifice to uphold the right of citizens, we remember one who should have but never did become CJI, Justice H.R.Khanna. He will always be remembered for his shining lone dissenting voice in the ADM Jabalpur case”, said Justice Kureshi.

Justice Kureshi also spoke on the importance of a strong Bar. He said there cannot be a strong judiciary with a weak Bar.

“A strong Bar does not mean a quarrelsome Bar with destructive tendencies. It means the Bar which takes up the issues of principles. The very reason for the existence of the Court is to protect the rights of the citizens…. it is still the encroachment of democratic values and rights of citizens which should worry us”, he said.

In September last year, the Collegium recommended his transfer to the Rajasthan High Court where he took oath on October 12, 2021.

Justice Kureshi’s non-elevation to the Supreme Court despite being one of the senior-most judges in the country invited huge criticism from the legal fraternity. It is widely perceived that his elevation to the Supreme Court was marred on account of his decision as a Gujarat High Court judge remanding Amit Shah (now Union Home Minister) in the custody of the Central Bureau of Investigation (CBI) in the alleged fake encounter of Sohrabuddin Sheikh, over a decade ago, in 2010.