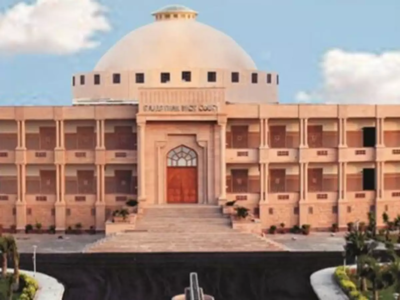 Has Ranjan Gogoi succeeded in giving himself a clean chit?

The book JUSTICE FOR THE JUDGE: AN AUTOBIOGRAPHY, authored by former Chief Justice of India, and now Member of Parliament, Justice Ranjan Gogoi, has several revelations about his controversial tenure at the Supreme Court, which will be debated for long, writes V.VENKATESAN.

THE former Chief Justice of India (CJI) and now Member of Parliament, Ranjan Gogoi, has attracted criticism by columnists and Supreme Court watchers during and after his tenure at the Supreme Court. It now appears that he evaded pointed replies to many of the criticisms of his conduct earlier, in order to reserve them for his autobiography. In this review of his book making selective disclosures, I deal only with a few aspects, leaving the rest for others, for reasons of space and time constraints.

Of the many episodes which marred his judicial career, the sexual harassment allegations against him by a former Supreme Court staffer – who was later reinstated – provoked the most outrage from civil society. Gogoi presided over a bench to give a clean chit to himself, and later an in-house committee of three judges followed it up with a complete exoneration, without making its report public or even available to the complainant.

Gogoi adds that his presence on the three-judge bench which he presided over on April 20, 2019 could have been avoided in hindsight. He says it “was the expression of indignation roused on the spur of the moment by an accusation which was beyond belief and comprehension”. “It is not that I gave a clean chit to myself authoritatively, as perceived and alleged by many. Rather, on the morning of 21 April, I wrote to the senior-most judge, Justice Bobde, requesting him to take over the complaint of the staffer and deal with it in an appropriate manner as considered fit and proper”, he writes.

That former CJI, the aforementioned Justice S.A. Bobde chose to release his book on Wednesday at a function in New Delhi speaks volumes about the closeness between the two, let alone the shadow which his sharing of dais with his predecessor after the tenure would cast on his perceived neutrality on April 21, 2019.

How did Gogoi deal with the situation he found himself in post the sexual harassment allegations? Gogoi says the first casualty could have been his family. But that did not happen, perhaps due to divine intervention. His wife and children tolerated the humiliation and dishonour, but refused to believe the story and leave his side. They were his only pillars of strength in those very traumatic days, he writes. “People, including near and dear ones, distanced themselves. Many of my ‘friends’ and ‘well-wishers’ disappeared. Some of my colleagues, while putting up a facade of support and sympathy which I did not seek, actually worked against me behind my back”, he writes.

An interesting aspect of Gogoi’s defence of himself in the book is his view that the provisions of Sexual Harassment of Women at Workplace (Prevention, Prohibition and Redressal) Act, 2013 (POSH Act) and/or the Supreme Court Rules, 2013 had no application in his case (p.144). Why? Because, he says, they were not intended for, and in fact cannot apply to, members of the higher judiciary. Therefore, it is the in-house procedure alone that was applicable. “This is the legal framework built on the constitutional principle of protection of judges against sundry allegations that may be levelled against them in the course of performance of their duties. It is a facet of the independence of the judges and the institution of the judiciary”, he says. Many will find this argument less persuasive.

The POSH Act, whose eighth anniversary of notification falls today, does not exempt members of the higher judiciary. The Act’s preamble clearly states that it aims to provide protection against sexual harassment of women at workplace, and for the prevention and redressal of complaints of sexual harassment and for matters connected therewith or incidental thereto.

Gogoi presents the view that the provisions of Sexual Harassment of Women at Workplace (Prevention, Prohibition and Redressal) Act, 2013 and the Supreme Court Rules, 2013 had no application in the sexual harassment case against him, because they were not intended for, and in fact cannot apply to, members of the higher judiciary.

Had the Parliament wanted to exempt the members of the higher judiciary from its purview, the Act could have clearly mentioned it. Instead, the Act declares that sexual harassment results in violation of the fundamental rights of a woman to equality under Articles 14 and 15 of the Constitution of India, her right to life and to live with dignity under Article 21 of the Constitution, and her right to practice any profession or to carry on any occupation, trade or business which includes a right to a safe environment free from sexual harassment.

Section 1(2) extends the Act to the whole of India, including the Supreme Court and the residences of its Judges. Even the definition of “workplace” under section 2(o) cannot be construed to exclude higher judiciary. After all, institutions of higher judiciary are also substantially financed by funds provided directly or indirectly by the appropriate Government as per sub-section 2(o)(i).

Justice Gogoi was part of the historic press conference of the four ‘rebel’ Judges, in New Delhi on January 12, 2018, the others being Justices Jasti Chelameswar, Madan B. Lokur and Kurian Joseph. He reveals that the decision to meet the press was taken on the spur of the moment, after the then CJI, Justice Dipak Misra, refused to reverse his decision to allocate Judge Loya case to a bench presided over by Justice Arun Mishra, who was No. 10 in the order of seniority at that time. The suggestion to meet the press on the issue came first from Justice Chelameswar, to which others agreed.

Gogoi’s admission is a clear pointer to how the Collegium has been biased against elevating Judges to the Supreme Court purely on consideration of merit, while considering factors like seniority, gender and regional balance.

Gogoi says he was under the impression that they would meet a few/some journalists. When he saw that the press was in full attendance, it shocked him. Though he didn’t say it, it was clear that he would have avoided going there, had he known that it would get huge publicity. But it was too late for him to retreat, even if he wanted to. Therefore, he believed it was the right thing to do, in retrospect, as it made CJI Misra careful and conscious while exercising the power of allocation of cases.

Gogoi says that he had to keep the collegium’s recommendation in 2018 to elevate Justices Pradeep Nandrajog and Rajendra Menon (then chief justices of Rajasthan and Delhi High Courts respectively) to the Supreme Court in abeyance, because it was leaked to the media before he could send the yet-to-be-drafted letter to the then Union law minister, Ravishankar Prasad. It appears that both Gogoi and Justice Lokur were equally disturbed about the leak. That means the leak must have happened due to the other three members talking to the media in the meantime. These other three members were Justices A.K. Sikri, S.A. Bobde and N.V. Ramana.

Gogoi then goes into reasons which convinced him that both Justices Nandrajog and Menon were not fit to be elevated because of omissions and commissions during their previous tenures as judges. Justice Nandrajog, according to Gogoi, offered apology for plagiarism in a judicial order. A civil appeal against the judgement was closed on withdrawal by an order of the vacation bench of the Supreme Court on June 22, 2017. Gogoi was not a party to the order.

Justice Menon, Gogoi says, as Chief Justice of the Patna High Court, had recommended a few names for Judgeships, though they did not meet the income criteria.

It was in this background that the Collegium reconsidered the names of these two Judges earlier proposed after Justice Lokur retired on December 30, 2018. But did Gogoi not know about the background of Justices Nandrajog and Menon when the Collegium proposed and agreed to elevate them before Justice Lokur retired? Gogoi provides no answer, except to suggest that the leaking of the information to the media made their elevation impossible. If so, why did he choose to tarnish their reputations in the book in the manner he did?

After all, Gogoi suggests that the Collegium in January 2019 was keen on elevating Justices Dinesh Maheshwari and Sanjiv Khanna to the Supreme Court. Justice Maheshwari was to be elevated because his junior, Justice Rastogi was already elevated, and Justice Maheshwari’s verification report, which was pending earlier, had then been completed. Justice Khanna was elevated to the Supreme Court, despite the fact that he would supersede three senior Judges, namely Justices Nandrajog, Gita Mittal and Ravindra Bhat, on the ground that Justice Khanna would stand a chance of becoming the CJI in 2025, thus giving representation to the Delhi High Court.

Gogoi’s admission is a clear pointer to how the Collegium has been biased against elevating Judges to the Supreme Court purely on consideration of merit, while considering factors like seniority, gender and regional balance, which make sense. Extraneous considerations like who can become the CJI and for how long (Justice Khanna, for example, will hold the office for just six months in 2025) and which High Court can have the satisfaction of being represented by a CJI by virtue of the latter’s previous tenure there appear to have influenced the Collegium’s decisions.

In his interview to The Times of India on Thursday, Gogoi has said that the sealed cover procedure began much before his tenure, and that he was unfairly targeted for following it in the Rafale case. He asked: “In fact, in the Shaheen Bagh case, Sanjay Hegde, one of the critics of the sealed cover procedure, had himself submitted a report to the court, in a sealed cover. Is it not a case of double standards?”

Senior advocate Sanjay Hegde, when asked for his response, told The Leaflet: “Surely, Mr Gogoi (as his Lordship now is), must remember that he was criticised for relying on sealed covers, in his judicial functioning. I have never been a judge. Mediation is not a judicial process and a mediator does maintain confidentiality as part of the process. Gogoi’s rant is a misplaced comparison of apples with oranges.”

(V.Venkatesan is the Editor, The Leaflet. The views expressed are personal.)