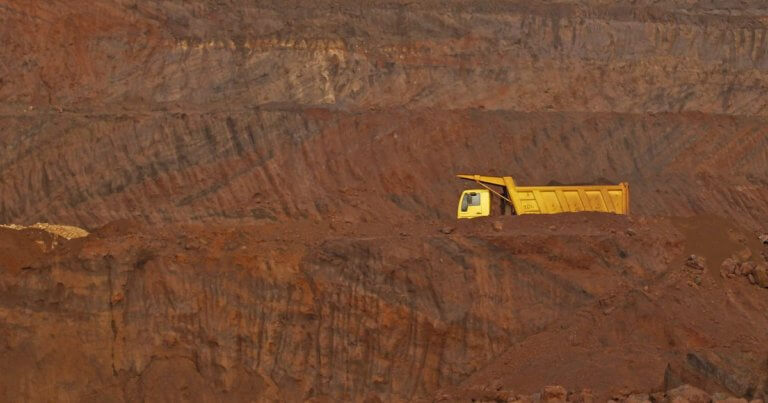 Less than ten days after its strong stand against the Odisha mining industry, the Supreme Court has once again opposed environmentally degrading mining, this time in the state of Goa.

“Rapacious and rampant exploitation of our natural resources is the hallmark of our iron ore mining sector.” It was with these words that Justice Lokur opened his recent judgment, in a bench constituting him and Justice Deepak Gupta, cancelling all the eighty-eight renewals of mining leases for iron ore in the state of Goa. These mining operations will not be allowed post mid-March. The matter was brought before the Court by the Goa Foundation in 2015, and startling discoveries about lapses in procedure and disregard for the rule of law were made throughout the case.

It emerged during the case that the state had hastily renewed the mining leases for a second time in 2014, making them retrospectively applicable from 2007. Goa Foundation alleged that the move was made solely to benefit the mine owners, which is why it happened right before an amendment to the Mines and Minerals (Development and Regulation) Act, making auction of leases mandatory for mining notified minerals like iron ore, was passed.

Stating that the Goa government had failed to act in public interest, the judgment records,

“The only advantage that iron ore extraction gave to the State was in terms of royalty, but the larger benefit accrued to the private mining lease holder who could obtain a mining lease on renewal virtually free and without any social or welfare purpose. In other words, the State sacrificed maximizing revenue for no apparent positive reason, virtually surrendering itself to the commercial and profit making motives of private entrepreneurs and ignoring the interests of Goan society in general.”

An Ordinance was approved in January 2015, which did not include a process for renewal of leases. It is being suggested that the state authorities played a major role in ensuring that all leases were renewed shortly before the 2015 Ordinance was passed. Some of the defaulting miners who obtained these hasty renewals had approached the Bombay High Court in 2014, and managed to obtain a decision in favour of renewing their leases.

A number of public interests were compromised by the state, simply to ensure large profits for the miners. Mining in Goa generates foreign exchange, but contributes little to the Indian industry. The government of Goa carried out this action despite the fact that it would not help in maximizing state revenue. Further, the ecological damage and harm to the health of the natives was entirely ignored.

The judges noted that nearly every one of the defaulting mining companies had violated one or the other environmental provisions. Despite having close to fifteen hundred crores due in penalties from the defaulting miners who had extracted ores in excess of the environmental clearance, the state went on to renew the licenses a second time round, without making any attempts to recover the huge sums.

Aside from cancelling the eighty-eight renewed leases, the Court directed the state of Goa to grant fresh – and not renewed – mining leases in keeping with the MMDR Act. The state is to ensure environmental clearance is correctly obtained, and environmental norms are complied with. A Special Investigation Team and Team of Chartered Accountants has also been directed to make a report on the illegalities carried out in the state’s mining operations thus far.

The Court also went on to strike down the decision of the Bombay High Court in Lithoferro v. State of Goa which gave directions for renewal of leases in violation of a 2014 decision of the Supreme Court, and allowed the leases to be renewed.

The chain of events points towards a miner-politician nexus, claims renowned environmentalist and Director of the Goa Foundation, Claude Alvares. He said,

“…it is time to ask whether the citizens of Goa were not badly let down by the actions of the Chief Minister. It was wrong on the part of the Chief Minister to favour the mafia controlling the mining sector in Goa and whose illegal mining activities led to the closure of mining operations for nearly 4 years. Mr Parrikar ought to have known that what he was doing was morally indefensible and politically wrong.”

The decision of the Court does not seem to entirely dispute this view either, which is why the judgment repeatedly highlights irrational state action, and directs it to implement laws more stringently.

Hurried lease renewals right before a law disallowing them came into force, environmental norms left unchecked despite repeated violations, no attempts by the state government to collect large fines that would help state revenue, private entrepreneurs’ economic gains protected over public welfare – connecting the dots makes it quite evident that this issue is not about procedural breaches at the lower levels. It raises a strong suspicion that some very important people were interested in guarding the interests of these private lease owners.

One can’t help but feel that the Supreme Court remains the only body working to preserve the interest of the citizens of India. The Mines Ministry had given some hope by favouring hundred percent penalties on defaulting miners in all states during the Supreme Court’s decision checking Odisha miners. All of that is fast diminishing, however, since this deeply disturbing compromise of public interest in the state of Goa has come to light.

Sukanya Singh is a fifth-year law student studying in USLLS, GGS Indraprastha University. She’s an intern at the Chambers of Sr. Advocate Ms. Indira Jaising, and has a keen interest in the field of environmental law.