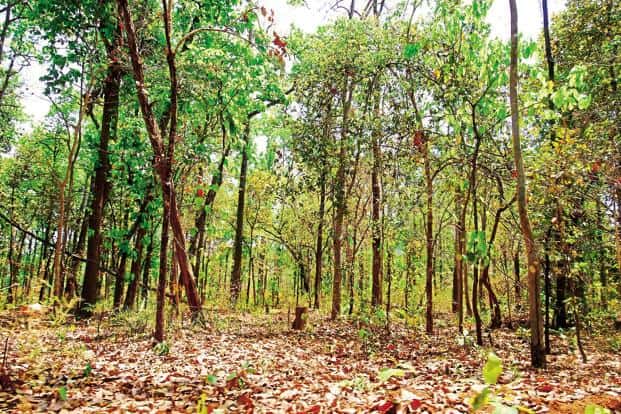 The Forest Rights Act, 2006 and the Biodiversity Act, 2002, must be linked together for better forest management, as recently done by village panchayats in the Sopore area of Baramulla district in Kashmir, writes DR RAJA MUZAFFAR BHAT.

THE Scheduled Tribes and Other Traditional Forest Dwellers (Recognition of Forest Rights) Act, 2006, also referred to as the Forest Rights Act [FRA], was enacted to rectify the historical injustices faced by tribals and forest dwellers. FRA is a progressive legislation which has the potential to change the lives of millions of tribals and forest dwellers living in remote corners of forests in India. As explained by me in a previous article here, the FRA vests a number of rights over forest lands with forest-dependent Scheduled Tribes [STs] and Other Traditional Forest Dwellers [OTFDs]. These rights include individual rights over forest lands [individual forest rights – IFR], Community Forest Rights [CFR], and the right to protect and manage Community Forest Resources within traditional or customary boundaries of the village.

There are several laws that are related to forest governance in India. Different stakeholders like the Forest Department, the Wildlife Department, wildlife activists, environmentalists and tribal rights activists have differing perceptions about forests and their conservation. Laws such as the Forest Conservation Act, the Indian Forest Act, the Wild Life (Protection) Act, the Biological Diversity Act [BDA] and the FRA take care of different aspects of forest governance.

When Jammu and Kashmir’s special Constitutional status was amended in 2019, and all central legislation, including the FRA, came to apply to the union territory, many residents’ aspirations were raised about better forest governance being on the horizon. However, if anything, the law has made matters worse on ground, as officials don’t seem to understand the Act.

When Jammu and Kashmir’s special Constitutional status was amended in 2019, and all central legislation, including the FRA, came to apply to the union territory, many residents’ aspirations were raised about better forest governance being on the horizon. However, if anything, the law has made matters worse on ground.

The intentions of the forest officials notwithstanding, their actions are having a negative impact on the ground. Last year, this author interacted with many tribals and forest dwellers at Darwan Basti of Yusmarg pastureland in central Kashmir. According to the residents of this forest area, after the rollout of FRA, they have been harassed, and forced by the forest officials not to grow vegetables near their huts

“This is the first time in my life that we were disallowed to grow vegetables near our huts in summer months. All this started in the summer of 2020 when some forest officers told us not to grow vegetables near huts. I don’t blame those officials as the direction had come from the top (civil secretariat).We were again not allowed to grow the vegetables last summer soon after we came to Darwan Basti around May 2021. We have been buying vegetables from a market which is 10 km away and that is very difficult for us. What kind of Forest Rights law has the Govt rolled out in Jammu and Kashmir? We had better rights before the law was not in force as the forest department never asked us to stop growing vegetables for our own consumption. Why are forest officials forced to create pressure on tribals and forest dwellers?” said Farooq Ahmad, a forest dweller from Darwan Basti.

Also read: Chopans of J&K continue to be excluded from Forest Rights Act

Darwan Basti is inhabited by around 400 households, whose members undertake seasonal migration during summer months from the Darwan, Choontinad, Chalyan and Nowgam villages. This has been a traditional spanning hundreds of years, and continues till the present day.

The FRA, if implemented with better intentions, can be used effectively for forest conservation. What has been observed by me in the last two years is that forest officials are unaware of certain provisions in the FRA. For instance, Section 5 of the FRA empowers the gram sabha (village council) to protect the wildlife, forest, and biodiversity of the village, and ensure that adjoining catchment areas, water sources, and other ecologically sensitive areas are adequately protected. But there is no awareness about this.

Local journalists and activists, including this author, have been writing about FRA and using social media platforms to highlight the issue but that is not enough. The government has to play its role through its Tribal Affairs Department, and involving universities and NGOs to create awareness about the FRA. NGOs, research institutions, and the forest and tribal affairs departments need to link FRA with conservation, and the protection of local biodiversity and environment.

There is an inbuilt mechanism for this in the FRA itself, provided for in its section 5.

Linking up FRA and BDA in Sopore

On April 10, 2021, five village panchayats in the Sopore area of Baramulla district adopted a joint resolution (which you can see by clicking here) by invoking section 5 of the FRA for the protection of biodiversity of their respective villages. The village panchayats of Tarzoo A, Tarzoo B, Tarzoo C, Dharnambal and Rakhe Haigam passed a joint resolution for the protection and conservation of a huge chunk of forest land (around 170 acres). This land was being used to dump municipal solid waste by the Municipal Council of Sopore with the support of Sopore’s district administration. After consulting this author and some experts, the panchayats decided to use section 5 of FRA, as well as invoking the BDA.

What the forest officers could not do for many months, the resolution under section 5 of FRA did in just days.

Through the joint resolution, the village panchayats impressed upon the government, especially the Deputy Commissioner, Baramulla, the Jammu and Kashmir Pollution Control Committee [PCC] and the Municipal Council, Sopore, to stop unscientific garbage disposal in the Ninglee Tarzoo area, which posed a severe threat to the environment and biodiversity in that area. The Member Secretary, PCC acted swiftly and directed the PCC’s Regional Director for Kashmir to initiate action, and a team of officers from the district pollution control committee visited the spot.

The illegal garbage dumping site was not only causing a threat to the environment and wildlife, but the land being encroached actually belonged to the forest department, for which the Municipal Council, Sopore had not obtained any written permission. The forest officers refused to take any action as the district administration was supporting the municipal council.

What the forest officers could not do for many months, the resolution under section 5 of FRA did in just days. The resolution adopted by the gram sabha (locally called deh majlis) had an impact, and the forest department also came to action. The Ninglee Forest Range, with the help of local people, not only prevented the Sopore Municipal Council from dumping its waste in the forest land, but they even removed the encroachment by closing the approach road to the land. The Municipal Council, Sopore then started using a small patch of state land which belongs to the panchayat. The locals are fighting to get that site also cleared, and the district administration has sought some time until it can find a suitable place to create a scientific landfill site for the town of Sopore town.

The Tarzoo Ninglee residents also invoked the BDA to get the forest land cleared of municipal solid waste. The three biodiversity management committees of Tarzoo area jointly sent a memorandum to several places, and that also had an impact.

The wetlands of the Wular lake, located adjacent to the villages mentioned above, attract a variety of bird species, especially in winters. These birds come from eastern Europe, Siberia and China. At the village level, Section 41 of the Biodiversity Act provides for the constitution of Biodiversity Management Committees [BMC]. The BMC has to prepare a peoples’ biodiversity register, and has powers to ensure conservation and eco-restoration of biological resources. The local BMC adopted a resolution asking the Municipal Council, Sopore to stop dumping municipal waste in the Tarzoo Ninglee area.

The best practices relating to linking up of FRA and BDA can be seen in the Nayagarh district of Odisha. When this author visited the Ranapur block of Nayagrah district in November last year, he personally observed how serious the Forest Rights Committees constituted under FRA are about forest and environment conservation. For instance, people can’t even cut a tree in the village forest. The local communities have more control over forests than the forest department.

Forests are likely to be conserved and protected more professionally by local communities; that is the essence of the FRA.

The people around the Ranapur forest area have already been working for conservation and protection of their forests and forest resources, including the wildlife, for the last 24 years under the banner of Maa Maninag Jangal Suraksha Parishad [MMJSP], which is a confederation of around 132 community-based forest protection groups in 132 villages. Arkito Sahu, the Secretary of MMJSP, has been putting his sincere and tireless efforts to organize the people in all these villages for the protection and conservation of forests. Vasundhara, a noted NGO based in Bhubaneshwar, has also been working around the Ranapur area since 1995. This NGO has helped MMJSP with institutional support like the documentation of its work, and to engage with women in forest committees, which has been a tedious task.

FRA and BDA must be linked up

Forests are likely to be conserved and protected more professionally by local communities; that is the essence of the FRA. The forest department, wildlife officers and activists involved in wildlife protection are critical about FRA. Prof Geentanjoy Sahu from the Tata Institute of Social Sciences, in an article published by The Wire in 2019, had stressed on collaboration between wildlife conservationists and forest rights groups, who are otherwise at loggerheads in many states.

It is sincerely hoped that all the forest and wildlife conservation laws, especially the FRA and BDA, are linked up, and all concerned stakeholders work for sustainable environmental conservation practices, which will, in turn, strengthen forest governance in the country.

(Dr Raja Muzaffar Bhat is a Srinagar-based columnist and activist. He is the founder and chairman of the Jammu and Kashmir RTI Movement and an Acumen India Fellow. The views expressed are personal.)