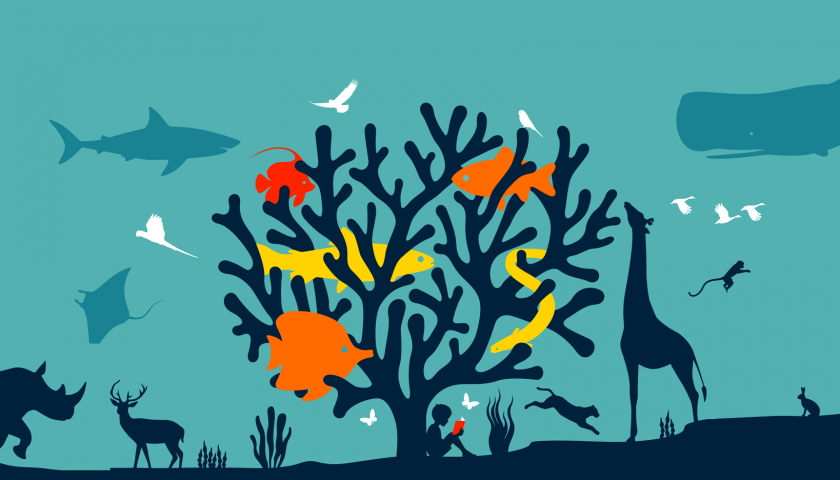 The Biological Diversity (Amendment) Bill, 2021, introduced in the previous Parliament session and currently with a Parliamentary Standing Committee, harms India’s biodiversity conservation efforts and is completely inimical to the spirit of the Biodiversity Act, 2002, writes DR SOMA MARLA.

DURING last year’s winter session of Parliament, the Union Government had introduced amendments to the Biological Diversity Act, 2002. It was said that the proposed amendments would ease access to biological resources (including rare medicinal plants, seeds and traditional knowledge) by the Indian traditional medicine sector. The objective of the proposed legislation is also to simplify the patent application process, widen the scope of levying access and benefit sharing with local communities.
Opposing the amendments, biologists, conservationists and legal experts feel liberalizing the existing norms could be detrimental to ongoing biodiversity conservation efforts and run against the principle of sharing commercial benefits with indigenous communities and traditional farmers. The Biological Diversity Act, 2002 was enacted for conservation of biological diversity, and fair, equitable sharing of the monetary benefits arising from commercial use of biological resources and traditional knowledge.
Also read: On this World Environment Day, pledge to protect biodiversity from us for us

The Act safeguards from biopiracy and protects biological diversity and traditional custodians through a three-tier central and state National Biodiversity Authority [NBA], State Biodiversity Boards [SBBs] and Biodiversity Management Committees [BMCs] in local bodies. The NBA has the power of a civil court.
Plant Genetic Resources [PGR], referred as germplasm, are any genetic material of plant origin such as seeds, plants, tissue, cells, and pollen, including DNA [Deoxyribonucleic acid] molecules, with potential use in crop improvement and pharma industry. Today, PGRs are being lost at a rapid rate due to biopiracy, climate change and various other reasons. India is very rich in biodiversity and the birth place of tulsi (sanctum ocimum), neem, turmeric and many other medicinal and crop species. Tribal people and traditional farmers are the age old natural custodians of PGRs in forests and in their fields. A wide variety of fauna and flora is a gift of nature and the germplasm needs to be protected through appropriate conservation strategies for the benefit of future generations
The National Bureau of Plant Genetic Resources, under the Indian Council for Agricultural Research, conserves nearly half million plant germplasm accessions of seeds, plants, pollen, tissues, DNA and isolated genes in field locations, as well as in state-of-the-art low temperature controlled Genbanks and DNA banks. The nation’s rare plant germplasm stocks are securely preserved for future generations and the material is being shared with domestic and foreign organizations abiding with strict guidelines and approvals of the NBA.
When an individual or Indian or foreign company accesses biological resources such as medicinal plants and associated knowledge, it has to take prior consent from the National Biodiversity Board. The board charges benefit sharing fee or royalty, or imposes conditions so that the company shares the monetary benefit from commercial utilization of these resources with local people who are conserving biodiversity in that region. India is a party to the Convention of Biological Diversity, and the Nagoya Protocol on Access and Benefit Sharing. It is mandatory under Article 5 of the Protocol that benefits from the use of biological resources are shared in a fair and equitable manner among the indigenous and local communities.
Also read: Rivers Are Key to Restoring the World’s Biodiversity

What the amendment bill proposes

The proposed amendments exempt AYUSH [Ayurveda, Yoga and Naturopathy, Unani, Siddha and Homeopathy] practitioners from the ambit of the existing Biodiversity Act. It was stated that the exclusion of complex approval procedures of State Biodiversity Boards would ease access of biological resource and its associated knowledge for commercial utilization. It was also reasoned that it would facilitate the inflow of more foreign investment in the biopharma industry, patents, research and commercial utilization.
India, during the last two decades, has had enough experience fighting lengthy legal battles internationally against those violating Indian laws and patenting neem, turmeric or basmathi rice, among others. In 2016, the Uttarakhand Biodiversity Board served a notice to Divya Phamacy, with links to yoga guru and businessman Ramdev, in violation of the Biodiversity Act for using biological resources from the state for its ayurvedic formulations, without informing the board and evading benefit sharing fees. When Divya Pharmacy challenged the notice before the Uttarakhand High court, the high court, in its 2018 verdict, upheld the powers of State Biodiversity Board.
De-licencing to ease access to PGR is a major proposed provision which would allow large companies to evade prior approval or share the benefit with local communities. This is contentious because a large section of India’s population has inextricable economic, social, political, and cultural linkages with its rich biodiversity. Nearly 200 million people are directly dependent on forests as a primary livelihood source, while around 100 million people live on land classified as forest. The proposed bill has diluted the non-liability of offenders by replacing the latter with imprisonment and fines.
Also read: Locating agency – interrogating ‘adhikaar’ of Van Gujjar women at Rajaji National Park, Uttarakhand
There are other ambiguous provisions in the proposed amendments that permits free access to rare medicinal plants even with commercial motives. For example, the proposed amendment to Section 3(2)(c)(ii) of the Biodiversity Act permits free access foreign nationals or entities having any non-Indian participation, without seeking approvals of State Biodiversity Boards. The proposed new Section 6(1A) and (1B) largely diminishes the regulatory authority of the NBA and state biodiversity boards. Adivasis and traditional farmers are custodians of biological resources, and the entities in section 6(1A) and (1B) proposed in the Amendment Bill are against the spirit of Convention of Biological Diversity and the Nagoya Protocol on Access and Benefit Sharing (article 5) to which India is a party. It largely deprives forest people and traditional farmers benefits from profit sharing arising from commercial-free access to pharma, and opens up the exploitation of medicinal plants and local cropland races. The bill has excluded the term ‘Bioutilization’, which is an important element in the Act. This omission would leave out activities like characterization, incentivisation and bioassay, which are undertaken with commercial motive.
The bill was introduced without seeking public comments, as required under the pre-legislative consultative policy. The bill has been forwarded to the Parliamentary Standing Committee on environment and forests. While the government has stated that it is amending the Act to reduce pressure on medicinal plants by encouraging their cultivation, environmental experts claim the main intention of the amendment is contrary to the aims and objectives of the Biological Diversity Act.
Also read: Forest Conservation Act: How the proposed changes are likely to make our climate change goals unachievable
The principal aims of the proposed legislation was to “reduce the compliance burden” and “facilitate investment”, thereby facilitating free trade of rare and valuable plant wealth. It appears that the conservation of biological resources is clearly the last priority, and the main focus of the Bill is to facilitate trade in biodiversity.
The Amendment Bill will undo all the efforts made in the last few years to conserve biodiversity. The government should immediately withdraw the proposed amendments. (IPA Service)
(Dr Soma Marla is a Principal Scientist (Retd.), National Bureau of Plant Genetic Resources, Indian Council for Agricultural Research. The views expressed are personal.)