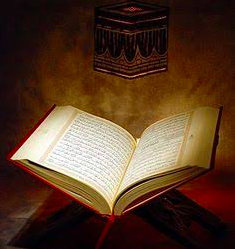 THE Supreme Court will on April 12 hear a public interest litigation (PIL) filed by Ex-Shia Waqf Board Chief Waseem Rizvi seeking the deletion of certain verses from the Quran allegedly because they, according to him, violate the law of the land and promote extremism.

A bench of Justices Rohinton Fali Nariman, BR Gavai and Hrishikesh Roy will be hearing the matter.

Rizvi, in his plea, has alleged that certain verses in the Quran are a threat to the sovereignty, unity, and integrity of the country. He has sought a declaration from the court to hold those verses unconstitutional, non-effective and non-functional.

The plea also sought directions to appoint a committee of religious experts to get an opinion on the subject matter of the petition.

Earlier, the National Commission for Minorities (NCM) had issued a notice to Rizvi asking him to withdraw his comments on Quran failing which it will hold a hearing and direct authorities to take appropriate legal action against him

“The comments given in the media by you about the deletion of certain verses from the Quran are “highly provocative, objectionable and malicious, prejudicial to maintenance of peace and harmony, with intent to outrage the religious feelings of a particular community and to insult the particular religion,” a notice issued by the NCM said.

The NCM further observed that the Commission was of the view that the remarks made by Rizvi appeared to be a well-thought conspiracy to disturb the communal harmony of the country.

In 1987, the Calcutta High Court also faced a similar petition which it had dismissed after observing that in a secular country like India the court could not interfere in religious, sacred beliefs and faith of the citizen and if such prayer was allowed the same would be going against the principle of secularism enshrined in the Constitution.

Also Read: Why the PIL to Truncate the Qur’an is Misconceived