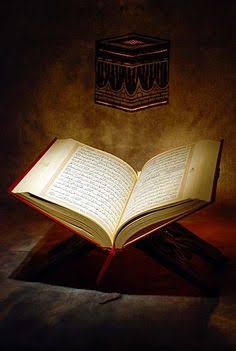 Why the PIL to Truncate the Qur’an is Misconceived

A recent PIL filed in the Supreme Court seeks the deletion of certain verses of the Qur’an on the ground that they are provocative and threaten social harmony. MOIN QAZI argues that there is a great deal of misunderstanding about the authentic message of the Qur’an. Verses are being cherry-picked and decontextualised by mischief-makers who wish to inflame passions, foster misunderstandings, and perpetuate violence.

NOT for the first time, a PIL has been filed in the Supreme Court seeking the deletion of certain verses of the Qur’an. In previous instances, the courts gave very clear reasons why they have to be cautious when examining the scriptures of established religions. The Qur’an is not a compilation of individual commandments and exhortations but an integral whole; every verse in it has an intimate bearing on other verses. Besides, the verses that are being contested were revealed in a particular context and they cannot be shorn of that.

First, as a Muslim you are not supposed to alter the Qur’an because it is a revealed text. How its words are spelled, pronounced, etc also gives the Qur’an a universality because it is the same text all over the world. Therefore we cannot just remove verses from the Qur’an. Indeed, no book should be read out of its context, so is with the Quran.

All the verses of the Qur’an must be read and understood in conjunction with each other. Reading and interpreting verses in isolation is a very incorrect way of engaging with the text. Much of the strife and misunderstanding of the scripture is primarily on account of selective reading and lacks reference to the context in which the verses of the text were revealed.

Islam is a religion of peace. That is its aim and goal. The following powerful commandment in the Qur’an should leave no room for doubt: “Whosoever killeth a human being for other than manslaughter or corruption in the earth, it shall be as though he had killed all of mankind, and whoso saveth the life of one, it shall be as if he had saved the life of all mankind.” (Q5:32).

The Qur’an, in its essence, promotes justice, peace, equality, brotherhood, and freedom. Compassion and kindness underpin its core message. To understand this, one has to read the entire Qur’an and not isolated verses. No verse is a standalone commandment. Each not only has a bearing on the other but amplifies it too. It is an integrated book and egalitarianism is its underlying philosophy.

Much of the strife and misunderstanding of the scripture is primarily on account of selective reading and the absence of references to the context in which its verses were revealed. For example, the current modern definition of jihad is contrary to the linguistic meaning of the word and also contradicts the beliefs of many Muslims, who equate it with religious extremism. The word jihad stems from the Arabic root “J-H-D” which means “strive”.

Other words derived from this root include “effort,” “labour” and “fatigue”. Essentially, jihad is a struggle to stand by one’s religion despite persecution. The effort may come in the form of fighting the evil in your own heart or standing up to a dictator. The first time the word is used in the Qur’an, it signifies “resistance to oppression” (Q25:26), that is, spiritual and intellectual resistance rather than militant.

Moralists approach jihad as an act of conscience (jihad bin naïfs), while the radicals advocate jihad through the sword (jihad bin saif). In mainstream Muslim traditions, the greatest jihad was not warfare but reform of oneself and society.

Prophet Muhammad explained that true jihad was an inner struggle against egotism. There is a lot of misunderstanding on account of this verse: “Slay them wherever you catch them…” (chapter 2, verse 191). But who is this referring to? Who are “they” in this verse? They are those who persecute and kill the innocent for their faith.

Some verses are very often snipped out of context by mischief-makers to inflame emotions, foster misunderstandings, and perpetuate violence on all sides. In chapter 3 verse 8 the Qur’an calls out people who cherry-pick verses as “perverse”.

Islam does permit fighting but only in self-defense, in defense of religion, or by those who have been expelled forcibly from their homes. The permission to fight in chapter 22 verses 40 and 41 is for “those against whom war is waged”. A critical dimension of Islam is that strict rules, including a prohibition on harming civilians, destroying crops, trees, and livestock also imposed even for battles.

Islam only allows one to wage war in situations where defenseless people are under attack. War is considered just when one party does not cease aggression despite a proposed truce. If the enemy inclines toward peace, Muslims have to follow suit: “But if they stop, God is most forgiving, most merciful,” says verse 192 in chapter 2.

Additionally, the Qur’an does not allow Muslims to transgress divine injunctions: “Fight for the cause of God, those who fight you, but do not transgress, for God does not love the transgressors.” (Chapter 2, verse 190). And Muslims have to treat prisoners of war with honour. They must be released after the war, either in exchange for Muslim captives or as a favour.

This relates to the Qureysh tribe, who were polytheistic and idolators. When Prophet Mohammad meditated for 40 days, he had a vision in which the Qur’an was revealed to him. The prophet and his followers were persecuted by the Qureysh tribe for preaching the cocept of one God which threatened the beliefs and the hegemony of the Quresyh. In classical terms, Prophet Mohammad and his followers then migrated to Medina, which is recognised as the place where all communities live together in a compact.

The Muslims in Medina also had a compact with the Jews, but the Jews were turned out of Medina, apparently, after the Jews broke the compact repeatedly. There were bitter struggles in those years, and many wars were fought. So, while these verses are coming in the context of peace, they are also coming in the context of wars. That is why there are many verses about encouraging followers to continue to preach the religion, remain steadfast, and punish those who are seen as wrongdoers. Verses like “catch them where you find them and do not let them go”, come from this context. They were written in difficult times, where Muslims faced defeats as well as victories in their struggles, hence there are constant reminders in the Qur’an to remain strong and keep the faith.

Contrary to what some historians have claimed, Islam did not impose itself by the sword. This has been emphatically barred by the Qur’an: “There must be no coercion in matters of faith!” (chapter 2, verse 256). In one of his last public sermons, God, according to the Prophet, tells all human beings: “O people! We have formed you into nations and tribes so that you may know one another.”

Muslims did not fight wars only to defend the members of their faith but Christians, Jews, and those of other faiths. “Persecution”, says chapter 2, “is worse than slaughter.”

When the Prophet Muhammad returned victorious to Mecca after 20 years, he bore no animosity for those who had persecuted him and his followers and forced them to migrate. The only condition he imposed was that universal freedom of conscience should be accepted in Mecca.

In keeping with this spirit of tolerance that the Prophet Muhammad demonstrated during his lifetime, many Muslim thinkers feel there is no imperative to distance themselves from this tradition of mutual respect and peaceful coexistence. They are plumbing its depths to find resources to help adapt it to the modern world. They are popularising principles and practices that allowed Muslims to coexist in peace, and on equal terms, with all others. They are reminding themselves that seventh-century Medina accepted Jews as equal members of the community (umma) under the Constitution of Medina drawn up by the Prophet Muhammad in 622.

Historian Stanley Lane-Poole said, “The day of Muhammad’s greatest triumph over his enemies was also the day of his grandest victory over himself. He freely forgave the Quraysh all the years of sorrow and cruel scorn in which they had afflicted him and gave an amnesty to the whole population of Mecca.”

As historian Stanley Lane-Poole said, ‘The day of Muhammad’s greatest triumph over his enemies was also the day of his grandest victory over himself. He freely forgave the Quraysh all the years of sorrow and cruel scorn in which they had afflicted him and gave an amnesty to the whole population of Mecca.’

Tolerance is the essence

All forms of warfare are symptomatic of a need to heal minds. This is possible only when we renew our understanding of the insights of history. These lessons are distilled in the founding credo of UNESCO, which is, “Since wars begin in the minds of men, it is in the minds of men that the defenses of peace must be constructed.”

We have denuded religion of its humanist content, compassion, piety, tolerance, and fairness, and reduced it to a rigid set of social codes and practices considered the only valid credentials for attaining salvation. Fake religious leaders have adopted the responsibility of collective salvation, freeing humanity of its individual moral and spiritual accountability.

We need to understand Islam from its primary scriptures and not from secondary sources, which are unfortunately prone to misinterpretations or represent a school of thought. Religion has no doubt been denuded of its humanist content and reduced to a rigid set of social codes. Fake religious leaders have appropriated the responsibility for collective salvation, freeing individuals of moral and spiritual accountability. We need to abandon this trend of seeking salvation in herds and assume responsibility; this is the distilled essence of all divine revelations.

(Moin Qazi is a development expert. The views expressed are personal.)