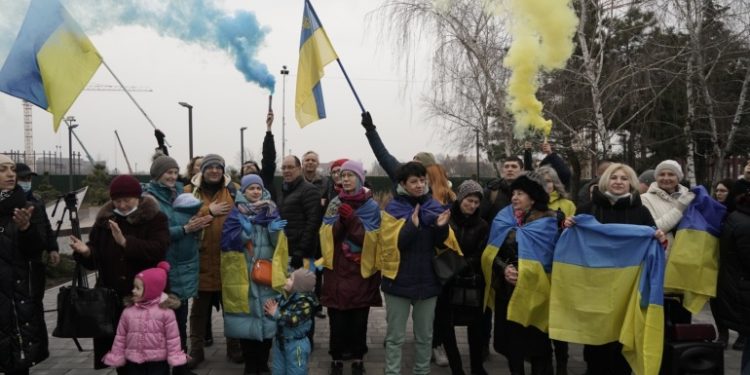 After delineating the genesis of the catastrophe transpiring in Ukraine, ATUL ALEXANDER succinctly argues that the failure of international law to restrict Russia is because of its structural shortcomings.

THE ongoing Russian aggression in Ukraine has captured the spotlight in the past weeks, with condemnation pouring from all corners. However, Russia seems unfettered and is going on a rampage, capturing the major cities of Ukraine. International organisations and States have registered their outcry. For instance, the United Nations Secretary-General’s [UNSG] statement reflected the gravity of the crisis: the UNSG termed the whole crisis as a ‘…moment of peril’.

Nevertheless, attempts to halt Russia’s unabated attack appear futile. The unilateral sanctions of the US and its western allies targeting Russia have made very little inroads in terms of deterring Russia’s attitude. The United Nations [UN] Security Council failed to pass an effective resolution courtesy the Russian veto. States are moreover reluctant to pre-empt any measures as the Russian President Vladimir Putin has warned that “anyone who would consider interfering from the outside – if you do, you will face the consequences greater than any you have faced in history”.

If Ukraine is allowed to join NATO, the latter is required to wage a full-fledged war with Russia, which because of their trade ties with Russia, NATO member States it wants to avoid. The US is less keen as it does not want a repeat of the Afghanistan fiasco.

Because of the ideological split, States are less eager to intervene as they did in previous instances, namely, Libya, Iraq and Afghanistan, among others. The president of Ukraine,Volodymyr Zelenskyy, criticised the lackadaisical mindset of the UN as “international inaction over Russian aggression in Ukraine would fuel the rise of instability and authoritarianism around the world”.

Ukraine has always been a nation of strategic interest for Russia as it bridges Russia and Europe. The disputed region of Donbas, located in Eastern Ukraine bordering Russia, is predominantly populated with Russian ethnic groups with a shared Russian cultural identity. According to Ukraine, Russians are behind the training of armed rebels in Eastern Ukraine. After Ukraine became a separate country on August 24, 1991, its policy as late as 2014 was influenced by Russia. The former president of Ukraine, Victor Yanukovych, hailing from the communist party, had a strong Soviet leaning.

In 2010, Yanukovych’s move to extend its naval base to Russia in the Black Sea in exchange for Russia’s offer to cut the price of natural gas was widely perceived as Ukraine stooping to the demands of the Russian Federation, and the Constitutional amendment pertaining to the removal of the president did not go well with the people. Yanukovych mulled over the European Union [EU] association agreement to recapture the public trust. With mounting pressure from Russia, Yanukovych opted out of the agreement; the decision snowballed into the ‘Euromaidan movement’, and subsequently, Yanukovych fled the country.

In 2014, Petro Porasheko took over as president, his credentials being pro-American. The pro-American stance exasperated the Russians to fuel rebels in the Ukrainian territory of Crimea and Eastern Ukraine. With a controversial referendum, Russia captured Crimea on March 16, 2014 and created a division in Eastern Ukraine, that is, the region of Donbas, where the battle is presently waged.

In the meantime, the United States, since Ukraine became a separate State, was curious in its affairs: for instance, the US immediately recognised Ukraine post the disintegration of the Soviet Union, assisted Ukraine and Russia in reaching an agreement on the elimination of the Soviet weapon system in Ukraine, and by 1997, the NATO [North Atlantic Treaty Organization]-Ukraine partnership started emerging.

Despite exuding interest in Ukraine, the paradox is that NATO has displayed mixed signals to Ukraine regarding NATO membership. The NATO Charter provides for collective security measures if one of the NATO members is attacked; by this logic, if Ukraine is allowed to join NATO, the latter is required to wage a full-fledged war with Russia, which because of their trade ties with Russia, NATO member States it wants to avoid. The US is less keen as it does not want a repeat of the Afghanistan fiasco.

The burden is upon Russia to justify force in the pretext of self-defence; this contention may be untenable considering that the unabated attacks don’t qualify the requirement of proportionality or necessity.

Therefore, it is evident that, although most powerful States have expressed concern, solidarity and enforced unilateral sanctions targeting Russia, there is an absence of tangible push from the NATO member States because of the larger geopolitical dividends. With the two Minsk Agreements failing to achieve consensus, the Russian aggression was a matter of time.
Also read: Ukraine: De-escalation and negotiation are the only way out of this crisis

The escalating tensions led the Russians to launch a full-blown attack on Ukraine. This raises the question of violations of international law. Under the UN Charter’s Article 2(4), States are proscribed from the threat or use of force. The two exceptions to this are, a) Security Council authorisation under Chapter VII of the Charter, which requires explicit authorisation from the Security Council, including its Permanent members, which in the current scenario is unlikely courtesy the Russian Veto, b) Self-Defence under Article 51 of the Charter, which has to meet the parameters of necessity and proportionality.

Interestingly, Russia has taken the defence of self-defence, claiming that Ukraine may acquire nuclear weapons with the aid of western allies: in short, a case of pre-emptive self-defence. The burden is upon Russia to justify force in the pretext of self-defence; this contention may be untenable considering that the unabated attacks don’t qualify the requirement of proportionality or necessity.

To curb the violations of international law, the Security Council passes resolutions authorising measures like economic blockade and, in extreme cases, authorising the ‘use of force’. For instance, the Security Council adopted Resolution 680 in 1990 in the aftermath of the Iraqi invasion of Kuwait, which endorsed ‘all necessary means’ to force Iraq out of Kuwait.
On expected lines, the US and Albania sponsored a resolution on Ukraine on February 25: the resolution in substance required the complete withdrawal of Russian military forces within Ukraine, full implementation of the Minsk Agreements, and respect for human rights and humanitarian law. During the Security Council negotiations, the divide amongst the States was obvious: China recommended a less coercive Chapter VI resolution and thereby abstained in the voting process, and India stuck to its customary neutral stance. The resolution was further watered down, as the primary focus was on ‘constructive engagement and dialogue’ rather than any expeditious actions. The resolution eventually was blocked by Russia.

Ukraine in 2017 instituted proceedings at the International Court of Justice [ICJ] against Russia. Although it has been nearly five years since the filing of the application, very little progress has been made since. Even if the decision of the ICJ turns out in favour of Ukraine, the enforcement of the judgment necessitates the backing of the UN Security Council.

Australian international law researcher Rebecca Barber makes an intriguing contention on the role that United Nations General Assembly [UNGA] could play in line with the Uniting for Peace Resolution [UPR]. The UPR, introduced in 1950 in the backdrop of the Korean War, was aimed at circumventing the Security Council’s permanent members’ Veto. The invocation of UPR implies that if the Security Council fails to discharge its primary function of maintaining international peace and security, the UNGA can intervene and recommend collective measure (such as the 2010 Kosovo Advisory Opinion). However, it is to be noted that the UNGA’S opinion forms a mere recommendation.

Moreover, Ukraine in 2017 instituted proceedings at the International Court of Justice [ICJ] ‘with regard to alleged violations of the International Convention for the Suppression of the Financing of Terrorism (ICSFT) and the International Convention on the Elimination of All Forms of Racial Discrimination (CERD).’ Although it has been nearly five years since the filing of the application, very little progress has been made since. Even if the decision of the ICJ turns out in favour of Ukraine, the enforcement of the judgment necessitates the backing of the UN Security Council. Additionally, on February 27, Ukraine approached the ICJ alleging that Russia must be held accountable for manipulating the notion of genocide to justify aggression. Whatever the outcome of these cases is, the endgame seems miles away.

International law’s structural failure to arrest Russia’s progress in Ukraine reflects the hegemony wielded by powerful States. If there ought to be everlasting peace in the region, the international community should rally behind Ukraine.

(Atul Alexander is an Assistant Professor (Law) at the West Bengal National University of Juridical Sciences, Kolkata, and a member of the European Society of International Law. The views expressed are personal.)