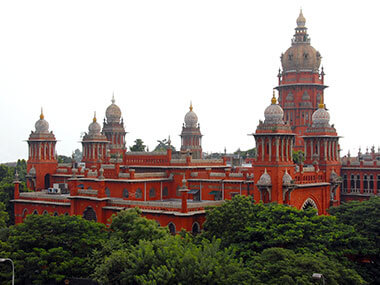 THE Madras High Court on April 21 dismissed a Public Interest Litigation (PIL) seeking direction to the government to reveal the identity of the COVID-19 affected persons on Government website.

Terming the petition without merits, a division bench of Justices M. Sathyanarayanan and M.Nirmal Kumar held:

The Court also referred to an incident when a body of a Doctor, who died on account of COVID-19 complication, sought to be buried there was a law and order and public order problem, which resulted in attacking of an ambulance driver, paramedical personnels as well as public servants and the mortal remains of the dead persons were compelled to be buried somewhere else.

“The people are slowly becoming aware of the effect of COVID-19 virus and if the prayer sought for by the petitioner is granted, it would further lead to law and order and public order problem, apart from the social stigma, some times may lead to excommunication also”, said the High Court.

Petitioner, a resident of Chennai, had submitted that Covid-19 infection was the worst form of contiguous infection and on account of the concealment of identity of persons, who developed an infection, there may be a possibility the said person passing on the infection to other persons.

Unimpressed with the petition, the court said it lacked merit and substance and deserved dismissal. And the same was dismissed accordingly.