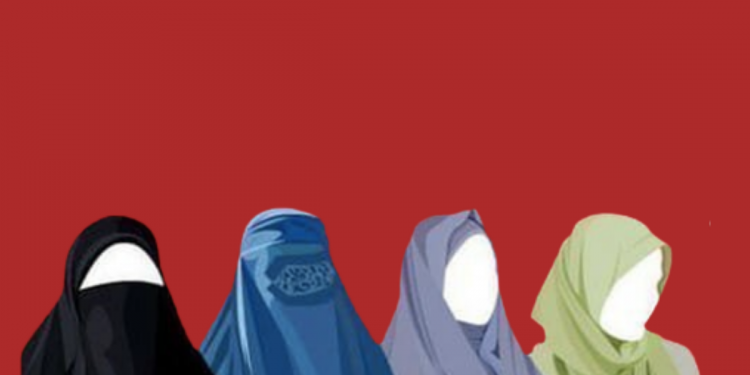 Hijab ban: an assault on equality and religious freedom

The Indian Constitution provides the right to display religious symbols, bars indirect discrimination, and protects pluralism. On all these parameters, the hijab ban in Karnataka is anti-Constitutional, writes RAHUL MACHAIAH.

THE ban on the hijab in some of the colleges in Karnataka has triggered a raging controversy and violence across the state. Though the ban was initially imposed by a few colleges in Udupi, colleges in other parts of Karnataka followed suit. When students aggrieved by the ban protested with the support of certain organizations, counter-protests were launched by students who demanded that they be allowed to wear saffron shawls if Muslim students were allowed to wear hijabs.

To make matters worse, the Karnataka High Court’s interim order restricting students from wearing hijabs and other religious symbols inside the classrooms of certain colleges was misinterpreted as a state-wide ban. This resulted in many colleges stopping students at the gates to ensure that no one enters the campus wearing hijabs. Apart from exposing the extent of polarisation in Karnataka, this issue has raised several vital questions on the scope of religious freedom and the citizens’ right against discrimination.

The Preamble to the Constitution emphatically declares that the people of India have resolved to secure liberty of thought, expression, belief, faith, and worship. To achieve this goal, Article 25 of the Constitution recognizes the fundamental right to freely profess, practise, and propagate religion. Furthermore, it declares that everyone is entitled to freedom of conscience. Interestingly, Article 25 explicitly recognizes the wearing and carrying of kirpans by Sikhs as a facet of profession of religion. When these provisions are read holistically with the fundamental right to freedom of expression, it is unambiguous that the display of religious symbols may not be casually banned.

The ban on hijabs is justified only if it can be meaningfully traced to one of these grounds. It is unclear how the ban is essential to protect public order, health, morality, or other fundamental rights.

Also read: Karnataka hijab row: Behind the urge to discipline

The rights recognized by Article 25 may be reasonably restricted only on grounds such as public order, morality, health, and to protect other fundamental rights. This being the case, the ban on hijabs is justified only if it can be meaningfully traced to one of these grounds. It is unclear how the ban is essential to protect public order, health, morality, or other fundamental rights.

The government claims that wearing a hijab is not an ‘essential religious practice’ and hence does not enjoy protection under Article 25. While the ‘Essential Religious Practices Test’ is a contentious test which has been widely criticised and is likely to be reviewed, it would be unfair to hastily conclude that wearing hijabs is not an essential practice. Moreover, when people display religious symbols or wear religious gear, they express their identity and beliefs. As a result, it is an exercise of the freedom of expression under Article 19 of the Constitution. Indian and foreign courts have recognized clothing as a facet of freedom of expression. When the Supreme Court ruled that privacy is a fundamental right, it observed that protection from the State’s glare is necessary to enable individuals to preserve their beliefs, choices, and personalities. Therefore, the ban on hijabs simultaneously affects multiple rights and constitutional values.

Discriminatory effect of the ban

Those defending the ban argue that that Muslim students have not been singled out as the ban uniformly applies to all the students, irrespective of their religion. They also draw attention to the fact that even saffron shawls have been banned. However, the issue is not as simplistic as it is made to seem.

The nature of discrimination can be direct and indirect. Even neutral rules which do not radiate bias qualify as discriminatory if it disproportionately affects a certain class of people or disadvantages them. The disadvantage or adverse impact may be the result of existing structural inequalities, traits, beliefs, and so on. For instance, a recruitment rule that prescribes the same height requirement for men and women is facially neutral but disadvantages women as the average height of women is less than that of men.

Also read: Support to ban on Hijab stems from lack of empathy with minorities

Similarly, a facially neutral ban on displaying religious symbols may disproportionately affect students belonging to certain religious groups who consider certain symbols as an intrinsic part of their identity and faith. In other words, these students suffer a disadvantage because of their religious identity as they are required not to assert their sincerely held faith and beliefs if they want to attend classes. The prohibition on indirect discrimination is not alien to India as courts have recognized the malady on multiple occasions and the rights jurisprudence does not condone indirect discrimination.

Even neutral rules which do not radiate bias qualify as discriminatory if it disproportionately affects a certain class of people or disadvantages them. The disadvantage or adverse impact may be the result of existing structural inequalities, traits, beliefs, and so on.

In South Africa, a school objected to a student wearing a nose stud as it violated the school’s dress code. The student claimed that she wore the nose stud pursuant to her religious and cultural beliefs. The Constitutional Court of South Africa ruled that though the dress code was neutral and applied to all the students, it had a disparate impact on students belonging to certain cultures and religions. It noted that such a dress code prevented certain students from expressing themselves fully, and the failure to reasonably accommodate beliefs could relegate certain groups to the margins. The eloquent judgment also notes that a necessary element of dignity of an individual is respect for uniqueness and ‘unique ends that the individual pursues’.

The Supreme Court of India has adopted a similar approach in its landmark judgment in Justice K.S. Puttaswamy (Retd.) vs. Union of India (2017) in which it held that denial of personal autonomy and coercing conformity violates the right to lead a dignified life.

Some argue that the ban on the hijab is essential to preserve secularism by ensuring uniformity. However, it is fallacious to assume that preserving secularism requires annihilation of differences and pluralism. The Indian tradition of secularism is not marked by hostility towards religion and particularly, religion in the public sphere. It is unfortunate that secularism is being weaponised to deny religious freedom despite the vast protection accorded to freedom of conscience and the right to freely profess, practise, and propagate religion.

The Indian tradition of secularism is not marked by hostility towards religion and particularly, religion in the public sphere. It is unfortunate that secularism is being weaponised to deny religious freedom despite the vast protection accorded to freedom of conscience and the right to freely profess, practise, and propagate religion.

When the Constitution recognizes equality of status among citizens, respect for diversity in beliefs and practices is a constitutional mandate and not charity or mere paternalistic toleration. When three students belonging to the Jehovah’s Witnesses sect refused to sing the national anthem pursuant to their conscientious belief, they were expelled from a school in Kerala. The Supreme Court in 1986 upheld their right not to sing the national anthem and held that their expulsion violated their freedom of conscience, and the right to profess and practice their religion. It went on to direct the authorities to ‘facilitate the pursuit of these children’s studies’ by providing the necessary facilities.

Depriving citizens of fundamental rights to ensure uniformity is an affront to our constitutional values. It is perhaps apt to conclude with this excerpt from the judgment of the Constitutional Court of South Africa referred to earlier:

“To treat individuals with equal respect’ entails, at least partly, respecting their traditions and cultures, the forms of life which give depth and coherence to their identities. And to treat those forms of life with respect means to engage them, not simply to tolerate them as strange and alien.”

(Rahul Machaiah is a lawyer based in Karnataka. The views expressed are personal.)