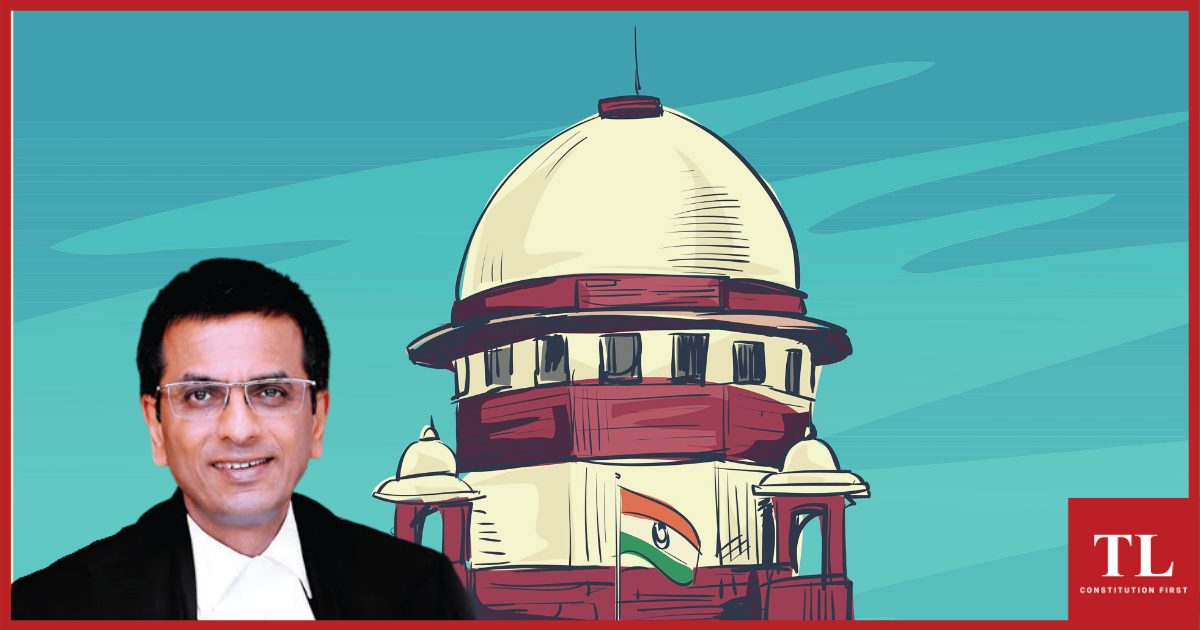 Delving into two judgments delivered by Justice D.Y. Chandrachud – one as part of a Constitutional bench in the famed Sabarimala verdict in 2018, and the other as part of a division bench in the case of Lt. Col. Nitisha and Others v. Union of India last month, ASHIT KUMAR SRIVASTAVA writes about how Justice Chandrachud is pioneering an inclusive ‘indirect discrimination’ jurisprudence in his judgments.

IN a recently delivered judgment, the Supreme Court has struck down the evaluation criteria of the Indian Army on the pretext that it is “evidently irrational and arbitrary” in nature and disfavours women army officers in attaining permanent commission.

No doubt it is a landmark judgment keeping in mind the societal implications it will have, especially on the front of gender inclusivity. But what is more interesting from a jurisprudential perspective is the academic contribution of Justice D.Y. Chandrachud in reaching this conclusion.

Justice Chandrachud, like most of his judgments, has shown great perseverance for the causes of multi-pluralism and human rights.

In this judgment, Justice Chandrachud has emphasised the indirect discrimination jurisprudence, a jurisprudential aspect that is still at its nascent stage in the Indian context.

Justice Chandrachud has divided the anti-discrimination law jurisprudence into two perspectives: one being ‘formal equality’ and the other being ‘substantive equality’, the jurisprudential origin of both of which can be traced back to Article 14 and 15, respectively, of the Indian Constitution.

What is interesting to analyse about the concept of substantive equality is the emphasis on the effect of the law instead of on the lawmaker’s intention. This an apparent augmentation of the anti-discrimination law jurisprudence, wherein a facially neutral law might turn out to be a tool of oppression for a class.

Therefore, by invoking the idea of indirect discrimination, Justice Chandrachud has emphasised the sensitivity of discrimination. A facially neutral law might seem non-discriminatory from an uncritical perspective, yet the same rule might be oppressive for particular classes.

The implications of such an interpretation are pretty broad, knowing that it is working on the principle of the accommodative capacity of the law.

Let us take an example to better understand the matter: the contextual meaning of marriage in the Indian legal context is generically defined as a companionship of a man and a woman. However, after the recognition of the LGBTIQ community’s rights by the Supreme Court of India in its Navtej Singh Johar judgment, this interpretation of marriage seems exclusory in nature and, thus, discriminatory. Ergo, marriage laws in India need to be redefined, keeping in consideration the LGBTIQ community’s rights.

Also read: To be really a feminist is to do what the Constitution requires you to do: Justice DY Chandrachud

An emphasis on such an interpretation, which is admittedly still nascent today, can turn several laws in India defunct and positively give more recognition to India’s multi-plural population. Further, what lies beneath this interpretation is the judge’s capacity to capture the unconscious bias of the human being, which might not be present patently but might find description latently in laws.

This capacity of Justice Chandrachud to look into the human mind’s framework distinguishes him from other judges. Thus, by advancing such an interpretation, he seeks to end the systemic discrimination against various classes of people who have lived a marginalised life due to the law’s unconscious conduct.

Interestingly, the ode to Justice Chandrachud does not end here. A similarly remarkable staunch-worded opinion of his is available in the Supreme Court’s judgment in the case of India’s Young Lawyers Association v. Union of India ((2017) 10 SCC 689), better known as the Sabarimala verdict. Here, Justice Chandrachud, explicating on the idea of ‘laws in force’, implicated that the Bombay High Court’s decision in the case of The State of Bombay v. Narasu Appa Mali (AIR 1952 Bom 84) needs to be revisited and that the concept of personal law cannot be regarded separately from the word ‘law’ as defined in Article 13 of the Constitution.

Also read: Sabarimala Verdict: A Watershed Moment in the History of Affirmative Action

Justice Chandrachud further elaborated that it is about time that the institution of personal law is subjected to the implications of Part III of the Constitution, and any personal law violative of a fundamental right should be struck down.

What underlies this jurisprudential opinion is the cause of human rights of certain individuals that, for centuries, have been ritualistically discriminated against under the garb of personal laws.

It is interesting to capture the will of Justice Chandrachud behind this unrelenting endeavour of implicating constitutional ethos onto a resisting society. Be it the cause of the LGBTIQ community or of marginalised women, Justice Chandrachud has taken the lead role in creating inclusive jurisprudence for their legal rights. In multiple judgments, he has invoked constitutional morality to safeguard the non-binary genders from the wrath of cultural conformity, and relied on the tenets of transformative constitutionalism to militate against society’s prejudices, and thus create an ambiance of fraternity.

This is why Justice Chandrachud is looked at by many within the legal community as a harbinger of justice that our Supreme Court needs.