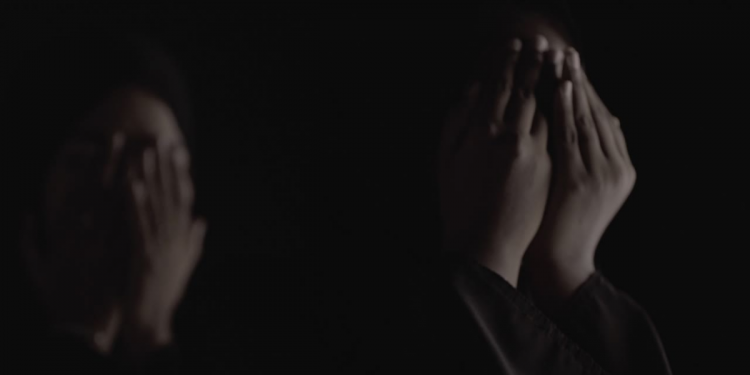 The cases of Muslim girls in Udupi wearing hijab and that of Muslims offering namaz in vacant public spaces in Gurugram raise issues about prohibition of discrimination under Article 15 of the Constitution, writes PARSA VENKATESHWAR RAO JR

TWO cases have come up in recent months involving apparent discrimination against Muslims.
The first is that of Muslims not being allowed to offer prayer in vacant public spaces which were permitted by the local authorities in Gurugram in Haryana, on the outskirts of Delhi. The other case is that of a college in Udupi in Karnataka not allowing Muslim girls wearing a hijab to attend classes. Both Haryana and Karnataka are ruled by the Bharatiya Janata Party (BJP).
Also read: How far smugglers of hate have taken their battle against the Indian Constitution
The debate surrounding these two separate episodes followed the predictable line of how the right-wing BJP, with its Hindutva ideology, is targeting Muslims. This is a plausible argument because the BJP and its supporters have displayed hostility towards the Muslims and Muslim practices. And the critics of the BJP have argued around communalism practiced by the BJP as opposed to secularism favoured by the political parties opposed to the BJP.  This line of argument is an oversimplification of the issue.

Secularism is a problematic concept in Indian political debates because it is defined as equal respect for all religions, and as a guarantor of religious rights.

Secularism is a problematic concept in Indian political debates because it is defined as equal respect for all religions, and as a guarantor of religious rights. But contradictions emerge. Secularism cannot be used to defend religious rights because it raises more questions and complications than it helps to answer. The main problem arises from the fact that many Hindus are opposed to many of the Hindu religious practices because of the social diversity and hierarchy of Hindu society. But not many will be found to oppose Muslim religious practices. Consequently, it appears that Hindu religious practices are discriminated against, while Muslim religious practices are defended. And this precludes the discussion of the issue in terms of constitutional and democratic rights.
We know that in France, the concept of secularism has a fanatical and intolerant edge because of the internal fight in French society between the Church, mainly the Roman Catholic Church, and people who believed in the 18th century movement of ideas known as Enlightenment, which laid stress on reason and freedom. And the French government had decreed that no religious symbols would be allowed in state-aided institutions. So, the Muslim hijab and the Sikh turban are issues of contention in secular France.
In the United States, the constitution is very clear that the state supports no religion. That is why the display of Ten Commandments monuments in public parks had led to court battles. In Michigan at least, an appeals court had said that display of Ten Commandments cannot be allowed. In March 2019, the US Supreme Court refused to entertain a plea over a federal appeals court verdict ordering the removal of the Ten Commandments monument in Stigler, Oklahoma. There had been a similar case in Utah, where a Summum Church claimed the right to place its seven commandments next to the Ten Commandments monument. The Supreme Court refused to enter the controversial legal terrain.
Also read: Tracing the decline of India’s secularism through the highs and lows of judicial ambivalence
There are underlying issues about the wearing of the hijab in Udupi and the offering of namaz in vacant public space permitted by the local authorities in Gurugram. In the case of hijab, the college authorities seem to be arguing that this has been done to maintain a common national identity. The argument is suspect because it does not say that the college does not allow any display of any religious symbolism, and not just of the Muslims.

You are not necessarily practicing religion in a public space, in school or office. But if the school or college imposes a uniform, then the student and her parents must decide whether they want their daughter to attend an institution with a dress code.

In the Hindutva argument, Hindu religious symbols are illegitimately turned into national symbols. But the problem does not end there. If the college is run by Hindus and it does not take any state help, then it can say that as a Hindu institution, it will not allow the display of the signs of another religion. This is a narrow-minded view, but it stands within its own narrowly defined status. The courts then have to decide whether this kind of narrow definition runs foul of Article 15, which is about “Prohibition of discrimination on grounds only of religion , race, caste, sex, or place of birth.” This is not a simple fundamental right, and it is not surprising that no right is simple. It has its modifications and qualifications.
Article 15 mainly prohibits discrimination in public spaces and institutions maintained partly or fully from State funds. So, it leaves the door open for discrimination in private spaces. But the State cannot be prevented from making any special provision for the advancement of any socially and educationally backward classes of citizens or for the Scheduled Castes and Scheduled Tribes’ ‘ especially on the issue of admission to educational institutions, whether educational institutions receive state aid or not. The educational institutions run by religious institutions are exempted from this. There will be many who will question the reasonableness of this provision. But the debate will take us away from the subject being dealt with here.
Also read: https://theleaflet.in/peeling-the-onion-comparing-recent-case-law-on-secularism-in-u-s-and-india/
Those who want to defend the Udupi Muslim girls wearing a hijab will make it on the ground it that it is part of their right to practice religion. There will of course be splitting of hairs of what constitutes Muslimness. But the right of the girls to wear the hijab can be defended as the right of the student to wear a dress of one’s choice, and it is not connected with religion. You are not necessarily practicing religion in a public space, in school or office. But if the school or college imposes a uniform, then the student and her parents must decide whether they want their daughter to attend an institution with a dress code.
The case of Gurugram Muslims offering namaz in vacant public spaces involves similar questions. The first question that comes up is why is it that the Muslims in Gurugram are forced to seek vacant public spaces to pray, and why are there no mosques for the purpose. Can the government grant land for building a religious structure? If the municipal authorities are laying down a ground plan for a township or a neighbourhood, should it provide space for a temple, mosque, church and gurdwara, especially if a significant number of people living in that area, and paying taxes belong to a particular religion? As individuals buy land to build a house, generally as a freehold, communities also should have the right to buy land to build their place of worship. Why is it that Muslims do not have a mosque in Gurugram? Are people of other faiths not willing to sell land where the Muslims can build a mosque? Is this not an act of discrimination, and if so does it not violate Article 15? If public policy, directly or indirectly, prevents Muslims or any other religious community from building a place of worship of their own, then the state must make special provisions to protect the group, class, community from discrimination.

It is a question whether a group of like-minded people have a space to do things together, such as offering worship together. That becomes the fundamental issue.

There will be legal, and theological, quibbles. First, there will arise the question whether it is part of Muslimness to pray along with fellow-believers, or whether a person offering prayer at home does not lose his or her Muslimness. Again, the question cannot be about what constitutes Muslimness. It is a question whether a group of like-minded people have a space to do things together, such as offering worship together. That becomes the fundamental issue. The courts will have to protect the rights of individuals to come together and claim a place to do so. It cannot however mean the group of individuals have to form a registered society to claim rights to do things together. Religions cannot be registered societies. There is indeed a provision in law for religious and charitable endowments. But it does not apply to basic religious institutions like temple, church, mosque, gurdwara.
If the legal dimensions are discussed, it will be a better way to combat majoritarianism and communalism, and to assert the supremacy of law.