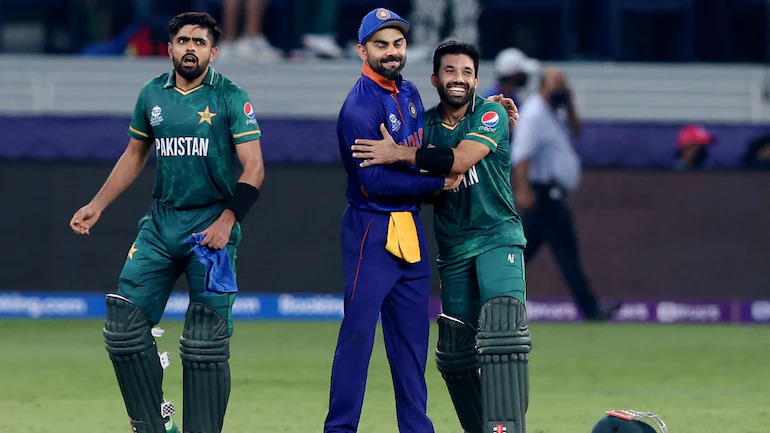 In light of students at government colleges in Kashmir getting booked under the Unlawful Activities (Prevention) Act for allegedly celebrating the victory of a Pakistan team over India’s in a sport match, it is explained why such celebration does not constitute a ‘terrorist act’ punishable under the legislation.

IN the last one week, post the India-Pakistan Men’s T20 Cricket World Cup match which was won by the Pakistan team, a range of alarming developments followed.

The most imminent among them was the observation of hate and anger against those celebrating the Pakistan men’s cricket team’s victory. This was observed on social media as well as the offline world, with some people even taking to filing official complaints against those who did so. Unfortunately and unsurprisingly, there was greater anger towards the Muslims who partook in such celebration. But what has been truly shocking is that individuals have been booked under the draconian Unlawful Activities (Prevention) Act (UAPA) as well as some other stringent provisions of the Indian Penal Code and the Information Technology Act for simply celebrating the win of another country’s sports team.

Among these spate of penal actions and arrests, the Jammu and Kashmir police registered two separate cases under the UAPA against students and staff at a government medical college for allegedly celebrating the Pakistan team’s victory on Sunday evening after alleged videos of the students doing so went viral on social media

But what gives the State the power to book these people under the UAPA? Does this even constitute as much of an offence under the UAPA, especially since the act of celebrating another country’s sports team’s victory does not seem like anything more than a personal choice that one should freely make?

What kind of offences are punishable under UAPA?

The UAPA was implemented for the first time in 1967 in response to India’s 1962 defeat to China in the Indo-China war, and the Dravida Munnetra Kazhagam’s advocacy for Tamil Nadu’s separation from India.

When the UAPA was enacted, it applied only to “unlawful conduct” and did not contain any provision limiting the issue of bail. The Act has been revised numerous times since then. Following the repeal of the Prevention of Terrorism Act, 2002, the 2004 UAPA amendment introduced Chapter IV, which brought “terrorist activities” under the purview of the UAPA.

Section 15 of the Act defines a terrorist act, and has been reproduced below:

(i) death of, or injuries to, any person or persons; or

(ii) loss of, or damage to, or destruction of, property; or

(iii) disruption of any supplies or services essential to the life of the community in India or in any foreign country; or

(iiia) damage to, the monetary stability of India by way of production or smuggling or circulation of high quality counterfeit Indian paper currency, coin or of any other material; or

(iv) damage or destruction of any property in India or in a foreign country used or intended to be used for the defence of India or in connection with any other purposes of the Government of India, any State Government or any of their agencies; or

(c) detains, kidnaps or abducts any person and threatens to kill or injure such person or does any other act in order to compel the Government of India, any State Government or the Government of a foreign country or an international or inter-governmental organisation or any other person to do or abstain from doing any act; or commits a terrorist act.

Explanation.–For the purpose of this sub-section,

(b) “high quality counterfeit Indian currency” means the counterfeit currency as may be declared after examination by an authorised or notified forensic authority that such currency imitates or compromises with the key security features as specified in the Third Schedule.

(2) The terrorist act includes an act which constitutes an offence within the scope of, and as defined in any of the treaties specified in the Second Schedule.

Sections 16 to 23 prescribe penalties for various terrorist-related offences. The most recent modification, enacted in 2019, empowers the Central Government to designate persons as ‘terrorists’ by adding their names to the newly added Fourth Schedule.

As with other special laws dealing with narcotics and the now-defunct terrorism laws, the UAPA also strengthens the Code of Criminal Procedure. A remand order may be for 30 days rather than the standard 15 days, and the maximum period of judicial detention prior to the filing of a charge sheet may be increased from 90 to 180 days. This extension, however, is conditional on the Public Prosecutor filing a report on the investigation’s progress and justifying the need for a further 90 days to conclude it. Additionally, the law makes obtaining bail more difficult.

Also read: Under UAPA, anything can be an offence based on flimsy evidence

The point of the above is not necessarily to make note of the stringency of the UAPA, or that the provisions of the Act that allows such arrest. The inescapable conclusion is that while the UAPA punishes a range of activities that allude to terrorism such as terrorist act, raising funds for terrorist act, conspiracy, organising terrorist camps or being part of unlawful associations, and many others like these – the acts of these students or others booked under the law did not commit any crime.

In the case of UAPA, a higher level of prima facie evidence should be necessary to establish that the accused were engaging in activities that were damaging to the sovereignty of the country. There is no law that allows one to initiate criminal action against someone for celebrating a victory in a sporting event. These allegations are not going to hold up in a court of law.

For a UAPA offence to be considered, there must be an “act with intent to threaten or likely to threaten the unity, integrity, security, economic security, or sovereignty of India or with intent to strike terror or likely to strike terror in the people or any section of the people in India or in any foreign country”. People cannot be charged with terrorism simply because they are celebrating the victory of the sports team of country that one may not like.

A simple celebration which did not cause harm to anyone but the sentiments of devout ultra-nationalists, is not a crime under any Indian statute as yet. If it were to be so, any celebration for any other country’s sporting victory, or any achievements, for that matter, would be illegal and punishable under the law.

Celebrating a victory in a cricket match is simply a product of joy, sportsmanship, and humane feelings towards those who do not live or play for our side of the border. If that were to be punished, something as intrinsic as feeling joy for someone else may be illegal.