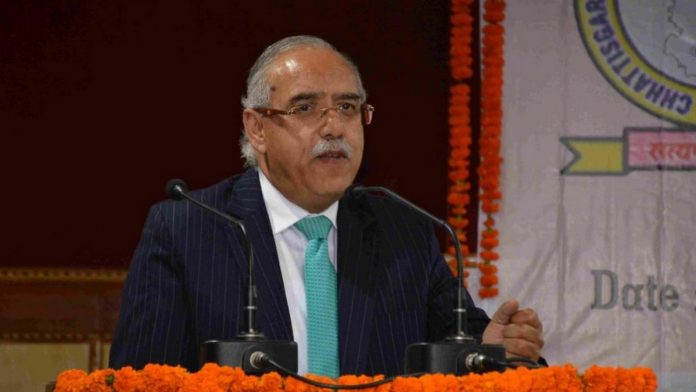 FORMER Supreme Court judge Justice Deepak Gupta Saturday said some judges still do not understand what sedition and terrorism are.

Speaking at a public discussion on “Democracy, Dissent and Draconian laws- Should the UAPA and Sedition have a place in our statute books?”, Justice Gupta hailed the Delhi High Court’s recent judgment in the Delhi riots case in which bail was granted to three UAPA accused. The Delhi High Court’s judgment is the best analysis to the approach of bail under the Unlawful Activities (Prevention) Act, cases, he said

Justice Gupta said the UAPA in its existing form should not remain in the statute books because it is “too vague a law highly susceptible to gross misuse”. The provision that effectively takes away the power of the superior court to grant bail and denies the power of judicial review to the accused is unconstitutional, he added.

Section 43D(5) of the UAPA bars the grant of bail if the accusation is prima facie true.

Justice Gupta also said the time had come to revisit the proposition of law that a law cannot be set aside on the ground of being misused.

If a law is capable of gross abuse and proven to the court that it is being misused “day in and day out”, such a law must be struck down, he asserted.

Addressing the demise of Father Stan Swamy, he wondered “have we lost all touch of humanity that an 84 years old man suffering from Parkinson’s disease required bail even if there is a bar under UAPA”.

The court, he said, had adequate power to ensure that an accused while out on bail does not flee and influence the investigation and witnesses. He, however, said the Bombay High Court did ensure Fr. Stan got medical attention.

Justice Gupta said while he does not subscribe to the view that a law against terrorism is not needed, the UAPA in its current form is vague. “The law must strictly define terrorist activities instead of giving vague and nebulous definitions.  A vague law must be struck down or the court must remove the vagueness,” he said.

Referring to the misuse of NSA against an activist and a journalist from Manipur for their posts on cow-related Covid cure, Justice Deepak Gupta described it as the “grossest” misuse of the law. The concerned District Magistrate must be made to pay the compensation amount from his pocket, the former Supreme Court judge said.

On sedition, Justice Gupta said the law of sedition is an anathema to a democracy where every citizen has the right to ask questions from the government. Sedition law was introduced by a colonial power so that no Indian could raise their voice against British, he said, adding that Section 124A of the IPC in its current form must be struck down.

“Clarifications may come and go. Police will continue misusing sedition. The time has come to show the door to sedition law. No point retaining it on the statute books,” he said, referring to the filing of cases under Section 66A of the IT Act despite the section having been held unconstitutional in 2015.

Oral remarks of the CJI NV Ramana do give some hope, he said, referring to his recent statement expressing reservations on the continuation of sedition law even after independence.

Justice Gupta also pointed out that sedition law had become harsher after independence when in the 1970s it was made a cognizable offence after having been non- cognizable pre-independence. This means that the police can now arrest an accused without a warrant.

He said it was vagueness both in the sedition law and UAPA that allowed the prosecution to misuse the law.

The event was organised by the Campaign for Judicial Accountability and Reforms (CJAR) and Human Rights Defenders Alert(HRDA). Transparency activist Anjali Bhardwaj and advocate Prashant Bhushan moderated the event.