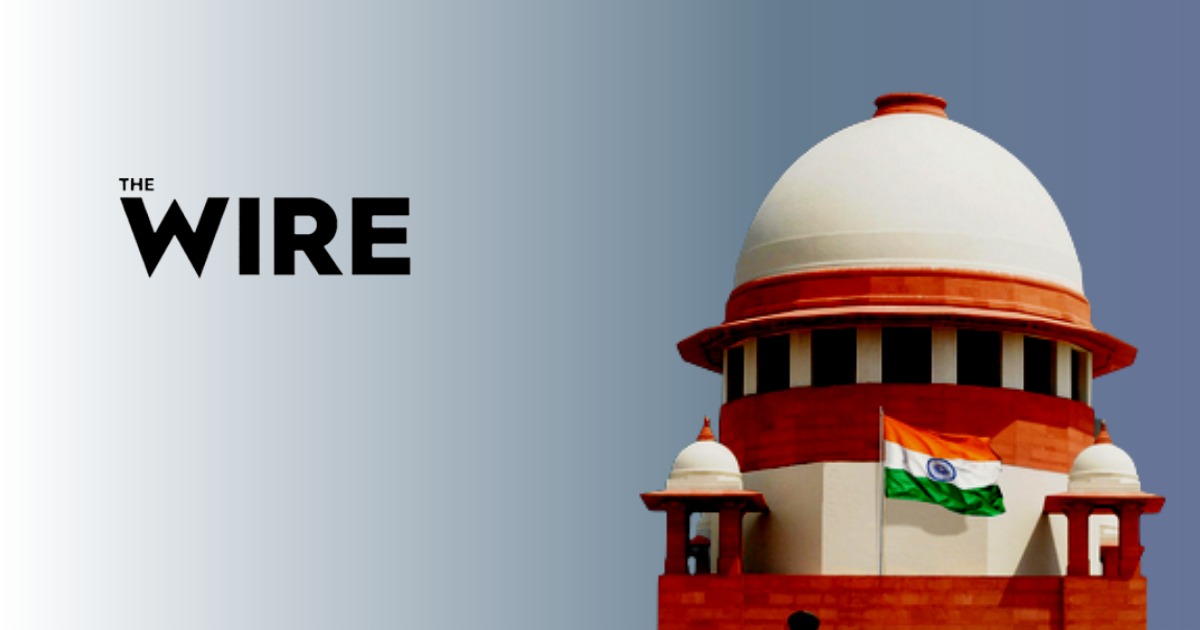 Two months’ interim protection from arrest for The Wire journalists; SC asks them to approach HC to quash 3 UP FIRs

THE Supreme Court Wednesday granted two months of interim protection from any coercive action against the digital media portal The Wire and three of its journalists in the three separate First Information Reports(FIR) in districts Rampur, Barabanki and Ghaziabad.

A three-judge bench of Justices L Nageswara Rao, BR Gavai and BV Nagarathna also told the petitioner to approach the high court to seek the quashing of the FIRs against them as the bench was of the views that it could not create a separate jurisdiction for journalists under Article 32 of the Constitution.

The Wire and its three journalists are facing charges under section 153(Wantonly giving provocation with intent to cause riot), 153A(Promoting enmity between different groups on grounds of religion, race, place of birth, residence, language, etc., and doing acts prejudicial to maintenance of harmony), 153B(Imputations, assertions prejudicial to national-integration.) 505 (Statements conducing to public mischief.) of the Indian Penal Code(IPC).

Journalists Seraj Ali and Mukul Singh Chauhan were booked by UP’s Barabanki police for a video news story on the demolition of a mosque in May 2021 by the police, on the orders of the district authorities. Local residents and devotees who used to pray at the mosque, which has stood there since at least 1959, gave a description of the manner in which the demolition was carried out and expressed their grief over the demolition itself, which was captured in the news video.

The Investigating Officer had, in this case, summoned to Barabanki, The Wire through its Editor/Director Siddharth Varadarajan, and journalist Ali and Chauhan who all reside and work in New Delhi. The IO threatened to procure non-bailable warrants against them if they failed to appear.

Another journalist from The Wire, Ismat Ara, was booked by the Rampur police for a report on the death of a farmer by a police bullet during the farmers’ protest in Delhi on Republic Day.

The Wire was also named in an FIR filed by the Ghaziabad police for showing miscreants forcibly cutting off the beard of an old Muslim man, and quoting the victim himself as saying he was made to chant some slogans. The police had later denied any communal angle to the incident.

The petitioners contended that if the routine duty of journalism becomes easily vulnerable to the criminal process, democratic institutions will suffer.

“By the very lodging of such FIRs, media persons become embroiled in a process of seeking anticipatory bail, dealing with summons to attend police stations far away from their place of work, dealing with the threat of non-bailable warrants etc. – all for writing on, reporting, and commenting on current affairs. The process becomes the punishment”, the plea said.

The petitioner relied upon the decision of the Supreme Court in M/s Aamoda Broadcasting Company Private Limited v State of Andhra Pradesh in which the top court observed the ambit and parameters of the provisions of Sections 124A, 153A and 505 of the Indian Penal Code 1860 would require interpretation, particularly in the context of the right of the electronic and print media to communicate news and information, even though that may be critical of the prevailing regime in any part of the nation.