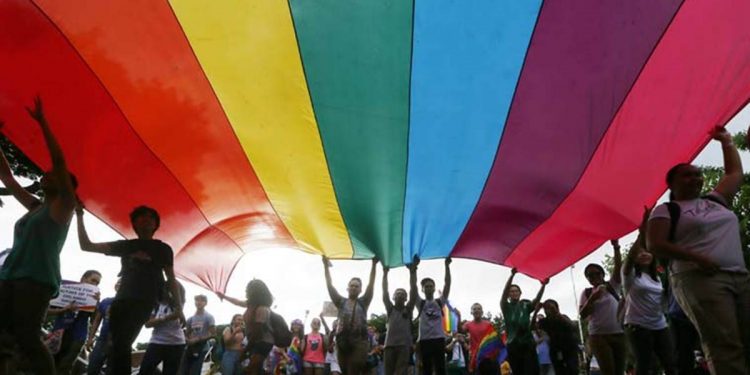 IN a significant move, the Tamil Nadu Government yesterday added a clause in the Tamil Nadu Subordinate Police Officers’ Conduct Rules banning the harassment of the LGBTQIA+ [Lesbian, Gay, Bisexual, Transgender, Queer, Intersex and Asexual] community. The state has become the first in India to do so. The amendment followed the Madras High Court judgment delivered in June last year, directing the state government to amend the police conduct rules by including a provision for punishment if any police personnel harasses LGBTQIA+ people or NGOs assisting them.

The amendment adds Rule 24C to the Tamil Nadu Subordinate Police Officers’ Conduct Rules, that says: “No police officer shall indulge in any act of harassment of any person belonging to the LGBTQIA (Lesbian, Gay, Bisexual, Transgender, Queer, Intersex, Asexual) + Community and the persons working for the welfare of the said community.” The amendments to the conduct rules were published in the official gazette on February 17, and signed by additional chief secretary S.K. Prabhakar. The order explains that: “For the purpose of this rule, harassment doesn’t include the right of police to make an inquiry as per the procedure established by the law.”

While hearing a plea filed by a lesbian couple that sought protection against police harassment and from any threat to their safety, Justice N. Anand Venkatesh issued notices asking the administration to stop police harassment of same-sex couples, sought changes in the school and university curriculum, and recommended awareness programmes for judicial officers, police and prison officials in an attempt to understand the community better. The judgment said, “this right and the manner of its exercise are constitutionally protected under Article 21 of the Constitution.”

In the order, Justice Venkatesh reaffirmed that the LGBT+ community is entitled to privacy and that they “have a right to a dignified existence, which includes their choice of sexual orientation, gender identity, gender presentation, gender expression, and partner thereof.“

According to Live Law, the Tamil Nadu government told the court on December 7 that it was seriously considering amending the Police Conduct Rules.

In the judgment, Justice Venkatesh said: “I have no hesitation in accepting that I too belong to the majority of commoners who are yet to comprehend homosexuality completely…. The society and my upbringing have always treated the terms ‘homosexual’, ‘gay’, ‘lesbian’ as anathema. A majority of the society would stand in the same position of ignorance and preconceived notions.” The order made Tamil Nadu the first state in India that banned ‘conversion therapy.’

Interestingly, the judgment also banned “attempts to medically cure or change the sexual orientation of LGBTQIA+ people to heterosexual or the gender identity of transgender people to cisgender.”

Several LGBTQIA+ members and activists have welcomed the order with open arms. Grace Banu, a Dalit and transgender rights activist said: “We think this is a very significant order and can help in reducing police violence on our communities. We have already lost so many of our trans brothers and sisters to harassment and brutality. We also face everyday harassment and torture at the hands of policemen. We hope this law is strongly implemented to end this.”

LGBTQIA+ activist, Sarangapani of the NGO, ‘Irukkul Neram’ was of the view that the amended rules would make it much easier for the members of the community and those who work among them. Magdalene Jeyarathnam, a psychodrama therapist who has worked with the LGBTQIA+ community for the past 15 years, expressed the view that people in the community can now enjoy fundamental rights and freedom from police harassment.