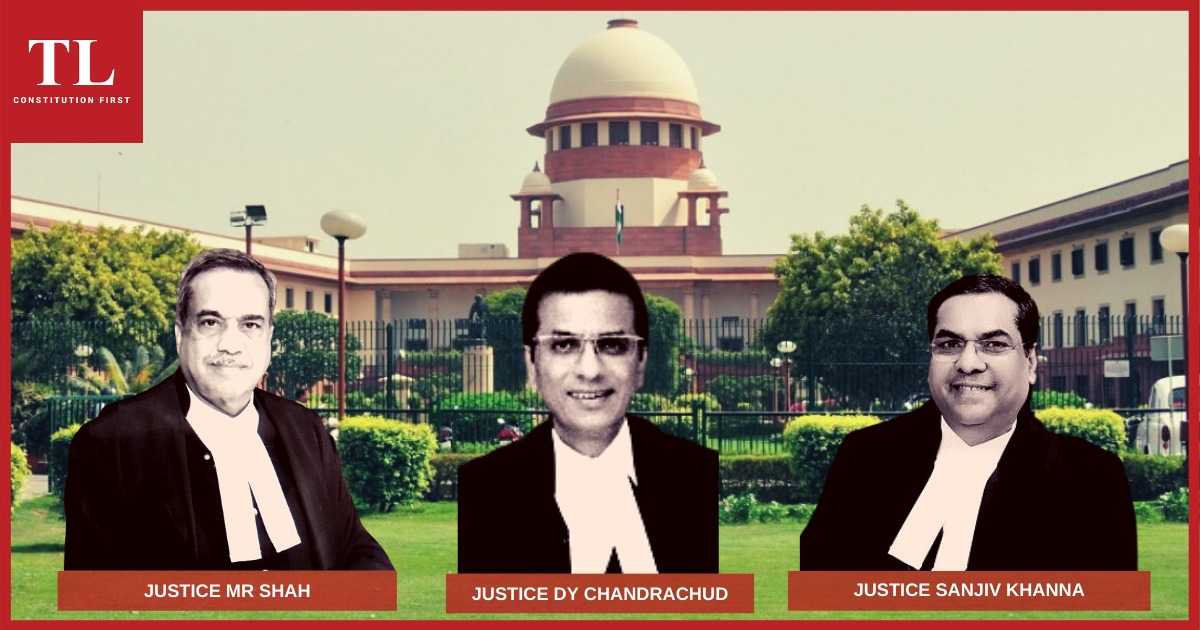 THE Supreme Court on Wednesday ordered the release of a man who has been at a detention centre in Assam since May 15, 2019, after it found that the Foreigner’s Tribunal declared him an illegal migrant without following the principles of natural justice.

A bench led by Justice DY Chandrachud sent the matter back to the Foreigner’s Tribunal to consider it afresh, consistent with the principles of natural justice.

The bench was ruling on a petition filed by Md. Misher Ali, who claimed that he was declared a foreigner without affording him the opportunity to be heard as no effective service of notice was made upon him before proceeding against him as a foreigner.

Ali was sought to be served a notice “by hanging” in the presence of his landlords, at his “last known address”. He argued that he had left this place of residence and that no notice was served on his permanent address.

Advocate Fuzail Ahmad Ayyubi, appearing for the petitioner, submitted that the order of the Foreigner’s Tribunal indicated that the permanent place of residence of the petitioner was in district Dhubri in Assam, whereas service was sought to be effected at his temporary address in the district Sivasagar.

Since the authorities had knowledge of the fact that the permanent place of residence of the appellant was in district Dhubri, the fact that no effort was made to serve him at this address would be sufficient to indicate that the order has been passed in violation of the principles of natural justice, Ayyubi argued.

The advocate for the State of Assam contended that the petitioner failed to avail of the opportunity under paragraph 3A of the Foreigners (Tribunals) Order, 1964, which provides a 30 day period, from the date of order, for making an application before the Foreigner’s Tribunal for setting aside an ex-parte order.

It was also contended by Assam Government that under paragraph 3(5)(f) of 1964 Order, if there is a change in the place of residence or of work without intimation to the investigating agency, the process server is authorized to serve the notice at the place where the individual ordinarily resides or last resided or reportedly resided or personally worked for gain or carried on business.

Rejecting the argument of the State Government, the Court said Tribunal was apprised of the fact that while the address of the appellant was shown as “C/o Shri Nivas Paul, Village Haluating Bazar, PS Haluating, District Sivasagar”, the permanent residential address of the appellant had been indicated at Village Ballabil, PS Mankachar, District Dhubri, Assam, since the beginning of the proceedings.

“This is also fortified by the statement of the appellant which was recorded by the Senior Inspector of Police on 16 March 2010, a copy of which is annexed to the counter filed by the State of Assam. The statement indicates that the address of the appellant corresponds to the permanent residential address which is noted in paragraph 1 of the Tribunal’s order as extracted above. Apart from this, the counter affidavit has also adverted to the interrogation report before the Inspector of Police dated 22 January 2010, which again refers to the “address in India” as village Ballabil, PS Mankachar, District Dhuburi, Assam”, the bench which also had Justices MR Shah and Sanjiv Khanna said in the order.

The bench, thus, opined that evidently no effort had been made to effect service of notice at the permanent place of residence.

The court also dismissed the argument of state government that the case was covered under Para 3(5)(f) of the Foreigners (Tribunals) Order 1964 which inter-alia says notice can be served on the last resided address if the address had been changed without intimation of the investigation agency.

It said this provision deals with a situation where a “proceedee” has changed the place of residence or place of work without intimation to the investigating agency.

“The material which has been placed on record by the State of Assam in the counter affidavit demonstrates that the provisions of paragraph 3(5)(f) were not attracted, since it was within the knowledge of the investigating officer that the appellant has a permanent place of residence, as reflected in the earlier part of the order”, the bench held.

The bench further held that it was not impressed with the submission of the State of Assam that the appellant has not availed of the remedy under paragraph 3A. This is for the simple reason, the court said, that paragraph 3A contemplates that where an ex-parte order is passed for non-appearance, the person who is proceeded against may move an application within 30 days to set aside the ex-parte order by demonstrating sufficient cause for not appearing before the Foreigner’s Tribunal.

“This can have no application on the facts of the present case where, as has now been duly established before this court, service was not properly effected”, the court pointed out.

“Paragraph 3A which provides a time-limit of thirty days to file an appeal would undoubtedly apply in a situation where service has been duly effected despite which, the person who is proceeded against has failed to appear and in which case a remedy is provided under paragraph 3A. This can have no application in the facts of the present case”, it added.

Earlier, the petitioner challenged the order of the Foreigner Tribunal in the Gauhati HC but to no avail.