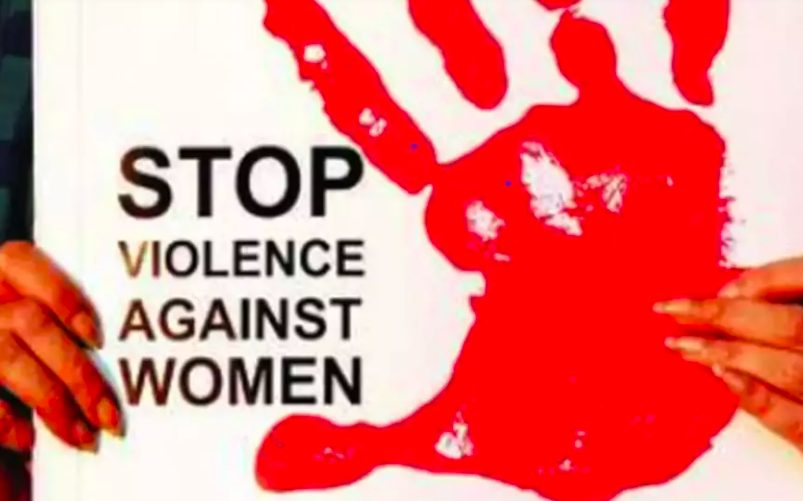 No Justice for TCS Sexual Harassment Victim Even After 3 Years

A sexual harassment survivor, employed in Tata Consultancy Services (TCS), has been awaiting justice for three long years despite a protracted struggle over the years. While the survivor continues to suffer humiliation and mental agony, and transfer to other verticals in the organisation, the harasser has been reportedly promoted to a higher position, in spite of the harassment case reaching the labour court.

The survivor seems to have lost hope of justice, as TCS and the harasser continue to prolong the legal battle. The case was filed in the Labour Court, Kancheepuram, in August 2019 against the report of the Internal Complaints Committee (ICC) with more than 20 hearings being completed so far.

The Centre of Indian Trade Unions (CITU) and Union of IT and ITES Employees (UNITE) held an online protest condemning the attitude of the TCS management of delaying the legal process and seeking speedy justice for the survivor.

Since the courts had not been functioning during the lockdown due to the first and second wave of the pandemic, a hearing was scheduled on May 6.

Protesting against the delay in ensuring justice, Alagunambi Welkin, general secretary of UNITE, said, “The justice for the survivor is being delayed due to the attitude of the TCS management and the harasser. Delaying the justice for a sexual harassment survivor is unacceptable and against natural justice. UNITE demands the speedy completion of the legal process and urges the TCS management to ensure that the survivor gets justice at the earliest.” 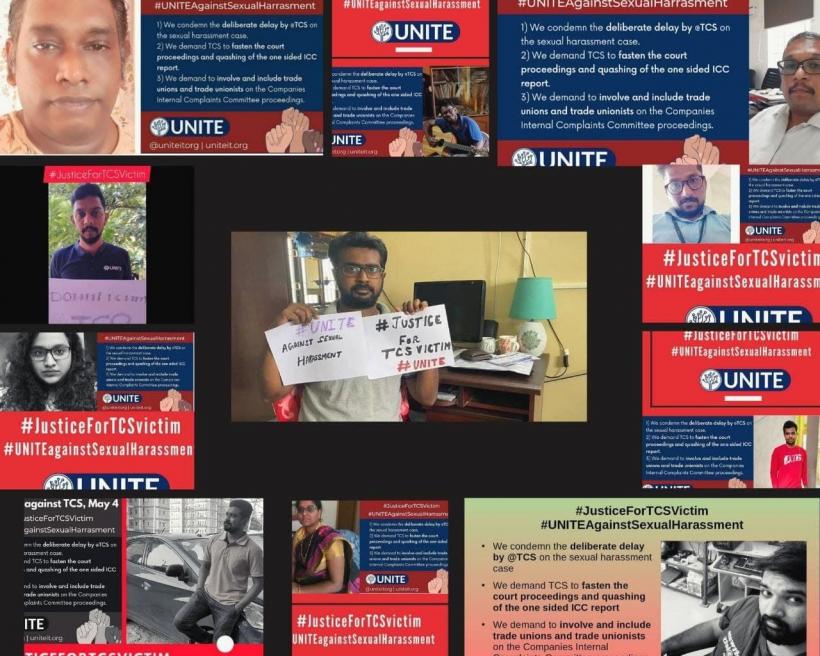 The CITU also held an online protest on May 4 on the same demands and condemned the TCS management for dragging the legal process and its support for the harasser.

The BPO Industry Employees Network (BIEN) of Phillipines extended solidarity to the protest held against the workplace sexual harassment.

The survivor has been alleging that the harasser and the TCS management are hand in glove in delaying the legal proceedings.

“There was no document filed from their side till March 2020 after the completion of 18 hearings. TCS filed a document later which literally supported the harasser. The harasser and his counsel have stayed away from most of the hearings so far, thus delaying the process,” the survivor said.

The absence of a judge in the court and the pandemic has further extended the proceedings. Two hearings have been held with a new judge in March and April 2021, with the survivor’s counsel presenting the injustice of the ICC report from scratch.

“I was unable to attend the hearing on April 10 because of the annual appraisal. The management has also played a part in ensuring the hearing coincides with the appraisal to exert pressure on me. Since the incident took place, the management has not extended any support to me,” the survivor told NewsClick.

They have also claimed that the management is blaming her for seeking support of the union and media attention.

Further, the survivor was forced to take the legal course after the ICC report allegedly denied natural justice. The ICC also functioned in a partisan manner, according to her.

“The ICC report accepted that I was physically confined by the harasser for more than four hours in the UK office where we were on deputation. The harasser also accepted this in the ICC. The policy of TCS states that physical confinement amounts to sexual harassment. But, the ICC ruled in favour of the harasser, thereby denying natural justice to me,” she added.

The survivor had appealed against the ruling, but was rejected, with the TCS claiming that the issue was between two individuals and the organisation has no role to play.

“The incident happened in the office and the witness has recorded the same in the ICC hearing. I became unconscious during the incident and there is medical proof for all that. But, justice is being denied even after three long years,” the survivor said.

Not only that, the survivor is also suffering from mental and financial stress due to the inordinate delay in the legal process. This is the first instance of an IT employee approaching the labour court against the ruling of the ICC.

“I could not find any advocate from Kancheepuram, since there has was no precedent. My counsel and I had to travel to Kancheepuram for every hearing, which resulted in more expenses for me during mentally challenging times,” the survivor added.

Apart from financial losses, the mental stress is also a cause of concern for the survivor. “The management benched me a couple times which was revoked after approaching the court. Moreover I have been transferred twice to other verticals during this period, adding to my mental agony. Also, my parents are senior citizens who are suffering due to this prolonged process. Only a speedy justice would ensure peace for me,” she said.

NewsClick had emailed the TCS management in India for their comment on the issue, however, no reply has been received even after two days.