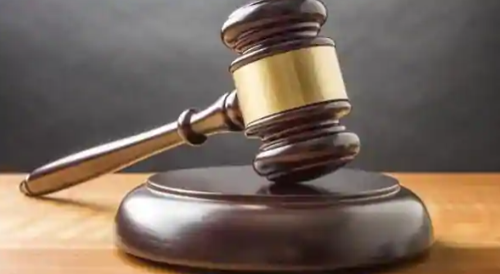 Days after the Water Resources Minister in the Karnataka’s BS Yediyurappa led government, Ramesh Jarkiholi, resigned post accusations of demanding sexual favours from women in exchange for employment opportunities. Six ministers approached the city Civil and Sessions Judge in Bangalore seeking an injunction against media houses with regard to the publication and telecasting of unverified news items mentioning them. AMRITA NAIR reports.

Six ministers in Karnataka moved the City Civil Court in Bengaluru seeking an injunction against the media on grounds of defamation. The ministers of Chief Minister B S Yediyurappa-led government who moved the court included Labour Minister Shivaram Hebbar, Agriculture Minister BC Patil, Cooperative Minister S T Somashekar and Health, Family Welfare and Medical Education Minister K Sudhakar. The two others are Youth Empowerment and Sports Minister K C Narayana Gowda and Urban Development Minister Bhyrathi Basavaraj. The ministers are among the 17 MLAs who had rebelled against the Congress-JD(S) coalition government, leading to its fall in July 2019 and paving way for the BJP to come to power.

Disqualified from their respective parties Congress and JDS, the MLAs had subsequently joined the BJP, contested by-polls in December 2019 on BJP tickets and were made ministers after winning the polls.

The six ministers are among the 17 MLAs who had rebelled against the Congress-JD(S) coalition government, leading to its fall in July 2019 and paving way for the BJP to come to power. Disqualified from their respective parties Congress and JDS, the MLAs had subsequently joined the BJP, contested bypolls in December 2019 on BJP tickets and were made ministers after winning the polls.

Speaking on the issue, Health Minister K Sudhakar claimed that a well-thought-out political conspiracy was at play. He said, “There seems to be a big political conspiracy to defame opponents by misusing media. We have approached the court to prevent this hit-and-run smear campaign, this kind of hit jobs tarnish the image of individuals and destroy the goodwill gained from years of good work. It is necessary to put an end to this kind of conspiracy. The government is also thinking to bring a law to check this kind of mischief. It is not confined to only politicians. Celebrities from various walks of life are subjected to this kind of conspiracy. Both mainstream media and social media platforms are being misused to broadcast misinformation and fake news. If there is truth in allegations, no one can be protected. Culprits must be punished. No one is above law. But smear campaign to tarnish image and goodwill is not acceptable. Those who feel they are victimised can go to court and seek justice. But there is a new trend to indulge in hit-and-run allegations. This is unethical, immoral, and illegal.”

The matter was heard by the Additional City Civil and Sessions Judge. The case has been admitted and the Court issued a notice on Saturday to major English and Kannada news channels including TV9, Suvarna News, NDTV and Times Now among others. The case mentions 68 Respondents in total. The Court granted interim protection to the Ministers by injuncting telecasting or publishing of any unverified news items against the plaintiffs or applicants until the next date of hearing.

The Court while granting such protection observed:

“Of-course, citizens have the right to know about their leaders. They have the right to know how their elected representatives are performing. Similarly, Media has the right to freedom of expression, nay the duty to report such matters so as to appraise the people about the conduct of their elected representatives. Media is considered to be 4th pillar of our Democracy. At the same time, plaintiffs have the right to be protected against their character assassination on the basis of unverified material. In fact, in this connection, the plaintiff counsel has placed reliance on a decision of the Delhi High Court in the case of Swatanter Kumar Vs. The Indian Express Ltd. and others decided on 16.01.2014 in IA No.723/2014 in CS (OS) No.102/2014. In this situation, rather than a right of freedom of expression of Media, they being entrusted with the duty of reporting on public affairs to appraise the citizens, I am of opinion that the Media should walk an extra mile to get news item and its source verified through legally admissible process, whereupon, it should be ready to shoulder responsibility for such news items and then publish or telecast same, so as to advance the cause of freedom of expression as well as the right of the citizens to know about public affairs. But, at this stage, as can be seen from the printouts of the screenshots produced, new items are apparently in the nature of sensationalisation of the unverified material. Not even a clear foundation is available in the said news items.”

The matter has been listed for hearing on 31st March 2021.

This comes following Ramesh Jarkiholi’s resignation, the Water Resources Minister who was accused of demanding sexual favours from an unidentified woman in exchange for a job. The video clips that got leaked purportedly showed Ramesh Jarkiholi getting intimate with the woman. He had filed a petition seeking injunction against media houses from airing the content on 3rd March 2021. The City Civil and Sessions Court, on 5th March (Friday), ordered an ex-parte ad-interim injunction restraining the media from showing the contents of the alleged sex CD in any manner “negatively, referring to the Plaintiff leading to defamatory act, his dignity assassination or creating sarcastic views about him in any manner including showing the footages and pictures involving negative spectrum, till the next date of hearing“.

“Of-course, citizens have the right to know about their leaders. They have the right to know how their elected representatives are performing. Similarly, Media has the right to freedom of expression, nay the duty to report such matters so as to appraise the people about the conduct of their elected representatives. Media is considered to be 4th pillar of our Democracy. At the same time, plaintiffs have right to be protected against their character assassination on the basis of unverified material.”

The Court, however, clearly stipulated that the order did not restrain the media from “publishing the authenticated and true news, after due verification, without making any defamatory remarks against the Plaintiff”. The next hearing in this matter has been scheduled for 18th March 2021.

Right to privacy of women featuring in the videos

Although the minister has resigned subsequent to the scandal, Jarkiholi maintains that the video is fake.

Experts of deepfake claim that doctoring mobile footage (such as the one in question) can only be successfully achieved by highly skilled editors. However, it is easy to tamper with low-quality videos.

Regardless of the authenticity of the footage, considering it as defamatory material cannot be restricted to just him but should also extend to the women featuring in these videos. They, needless to say, have a right to privacy and it is deeply scarring to their public image and their future as well.

The leaked videos have the potential to become a tool for perverts to harass the women in question, maligning their reputation and outraging their modesty. It perpetuates the image of these women as sexual objects which appeal to their prurient interests. The depiction of women in such videos has the effect of being derogatory to or denigrating women by causing harm in the immediate future.

The Court has a duty to safeguard the rights of the women in the videos in question, protect their identities and prevent further harassment.

Ignorance cannot be an option when it comes to the protection of their identity and the courts would do well to recognise this reality.

(Amrita S. Nair is the Founder of The Silent Sexism Project and the Intersectional Feminist Magazine. She is a student at the School of Law, CHRIST. Views expressed are personal.)