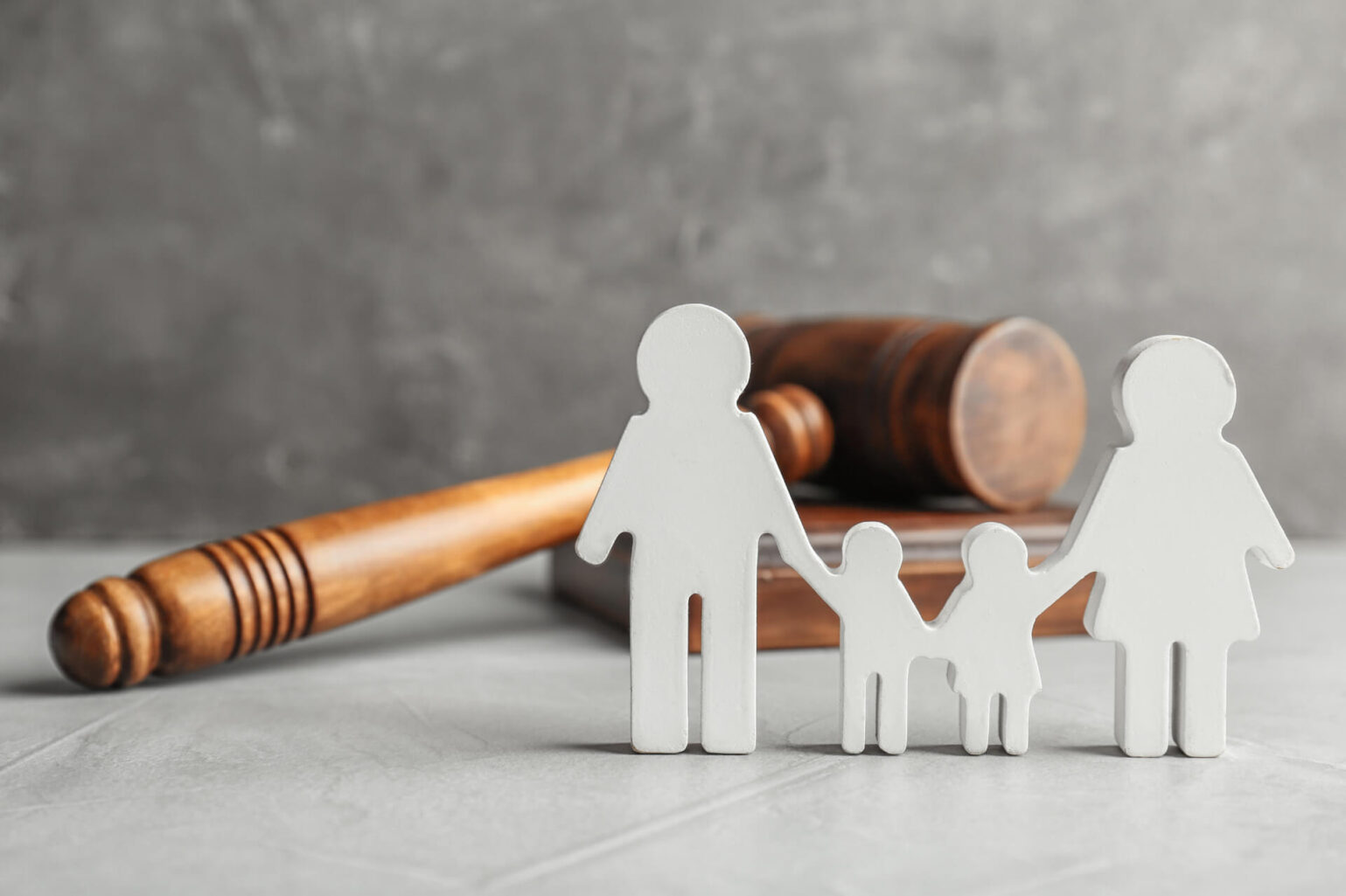 Section 6 of the Hindu Minority and Guardianship Act is based on gender stereotyping, and violates Articles 14 and 15 of the Constitution.

THE Hindu Minority and Guardianship Act, 1956 provides for the law with respect to guardianship as applicable in case of Hindus (which includes within its ambit Parsis, Jains, and Buddhists).

Section 4(2)(b) of the Act defines a guardian as a person having the care of the person of a minor or of their property, or both their person and property. The same is provided to include a natural guardian, a guardian appointed by the will of the minor’s father or mother, a guardian appointed or declared by a court, and a person empowered to act as such by or under any enactment relating to any court of wards. The eligibility of being a natural guardian of a minor is further discussed in Section 6 of the Act.

Section 6 provides for the following two instances of vesting of guardianship over a minor:

Also read: Women and Guardianship: Dear Mr. Shakespeare, the question to ask is ‘What’s in a man’s name?’

Legislative preference of father over mother: does it satisfy the test of equality?

Section 6 of the Act provides for the father to be the natural guardian of the legitimate minor child, and only after that, the mother. It is worth noting that in its landmark judgment in the case of Githa Hariharan vs. Reserve Bank of India (1999) the Supreme Court observed that the word ‘after’ should be interpreted as ‘in the absence of’, to include the cases of functional absence of the father, as opposed to limited interpretation of death of the father. However, even with this judicial interpretation, the scheme of preference continues to remain, that is, in a case, where both mother and father are physically and functionally present for the care of the child, the law would automatically vest the guardianship with the father.

This schematic preference fails to satisfy the fundamental right to equality and non-discrimination under Articles 14 and 15 of the Constitution of India.

Article 14 provides for equality before law to all persons, and Article 15 provides for prohibition of discrimination against citizens only the ground of “sex”. It is important to note in this regard that the hierarchy created between a mother and father as regards their rights qua their children, is based entirely on their sex. It is also noteworthy that while a child below the age of five must ordinarily be given “custody” of, to the mother (as per proviso to section 6(a) of the Act], the natural guardianship, regardless of age, vests with the father. This dichotomy of ‘custody’ and ‘guardianship’ is rooted in the twin roles of nurturing and rearing (as implicit in the concept of custody) on one hand, and authority, decision-making and control (as implicit in the concept of guardianship, which also includes control and management over the property of the minor) on the other.

Presently, natural guardianship finds reference in the stereotypical understanding of family organization, and legislatively recognises the patriarchal gender-roles assigned to a father and a mother in a family, cutting through the constitutional mandate under Articles 14 and 15 of the Constitution.

This goes deeper to reflect the stereotypical basis of distinction, rooted in the Hegelian separate sphere theory of women as “caretakers’ ‘, and men as “breadwinners”. Indian courts have strictly viewed stereotype-rooted gender distinctions. This edifice of judicial angst against legislative recognition of gender roles began in Anuj Garg vs. Union of India (2007), in which the Supreme Court overturned a law prohibiting women under the age of 25 years from working in areas where alcohol was consumed by the general public, because it was founded on gender-based stereotyped fixations/conceptions. Further, in Joseph Shine vs. Union of India (2018), the Supreme Court decriminalized the offence of adultery in the Indian Penal Code [IPC], wherein husbands could file a lawsuit for their wives’ adulterous relationships against the male-adulturer, but wives could not, as it perpetuated the stereotype of women and chattel of their husband and the ‘seduced group’, and men as licentious seducers.

It is pertinent to note that the present case of natural guardianship finds reference in the stereotypical understanding of family organization, and legislatively recognises the patriarchal gender-roles assigned to a father and a mother in a family, cutting through the constitutional mandate under Articles 14 and 15 of the Constitution.

It must also be stressed that the Law Commission of India, its 257th Report on ‘Reforms in Guardianship and Custody Laws in India,’ also proposed that section 6 be amended to align it with Article 14’s precept of equality. While reiterating the recommendations of its 133rd Report, the Commission’s 257th report suggested that the Doctrine of Welfare of Children be followed and must be the main factor in all circumstances, and that both the father and the mother be treated as natural guardians of a minor at the same time.

It is hoped that the section 6(a) is legislatively corrected, or judicially struck down to establish equality within the Hindu familial organization.

Husband, and not father, as the natural guardian of the “minor wife”: How far it is impacted by the Prohibition of Child Marriage Act?

In the landmark case of T. Sivakumar vs. State Inspector of Police (2011), the Madras High Court, held that Section 3 of the PCMA will have overriding effect over the Hindu Marriage Act. The bench observed that PCMA being a secular law, will be applicable across all personal laws.

In the aforementioned judgment, while deciding in favour the overriding impact of PCMA, the high court held that the since a child marriage is voidable under PCMA, the bridegroom of the female child who had procured the marriage will not attain the status of the husband like that of any other husband of a valid marriage and, therefore, under section 6(c) of the Hindu Minority and Guardianship Act, he cannot be the natural guardian. The court observed that though section 6(c) is still in the statute book, it has been “impliedly repealed” by the enforcement of PCMA.

The recognition of husband as the guardian of the minor wife not only militates against the legislative object of fighting the evil of child marriage; rather, it also perpetuates a gender-hierarchy, by placing one spouse in the control of another.

However, it is interesting to note that while the overriding impact of the PCMA qua the issue of child marriage, has been widely accepted by the various courts across the India, ironically, the issue of the legislative force of section 6(c) remains a grey area even today.

In this regard, it is important to take note of the Punjab and Haryana High Court judgment from last year in Vikas Tomar vs. State of Haryana, wherein the court held that the husband of the minor wife would enjoy natural guardianship rights over her. The court in this case observed: “That husband is in relationship with the minor girl [his wife] and that in terms of Sections 6, 10 and 13 of the Hindu Minority and Guardianship Act, 1956, he has a right to hold as the natural guardian of the minor Hindu girl who is married to him which as per the statute is the girl’s husband.”

It is important to note that a space of a ambiguity has been intentionally allowed to operate in this respect, as is evident from the Delhi High Court judgement of The Court on its own motion (Lajja Devi) vs. State (2012). Here, while answering the question of “when the girl is minor but the boy has attained the age of marriage as prescribed, whether the husband can be regarded as lawful guardian of the minor wife and claim her custody inspite of differences by the parents of the girl and what is the effect of the Prohibition of Child Marriage Act, 2006”, the high court answered thus:

“These are the considerations which are to be kept in mind while deciding as to whether custody is to be given to the husband or not. Thus, we are of the opinion that there cannot be a straightforward answer to the second part of this question and depending upon the circumstances the Court will have to decide in an appropriate manner as to whom the custody of the said girl child is to be given.”

The Punjab and Haryana High Court also referred to the aforementioned case in Vikas Tomar with approval.

In another judgment, by the Allahabad High Court in Sonu Paswan vs. State of U.P (2012), the bench relied upon section 6(c) of the Hindu Minority and Guardianship Act to give custody to the husband, who was held to be the natural guardian of the wife, in a criminal case filed against him by the wife’s family. In doing so, the courts have given recognition to the validity and legislative force of section 6(c).

The recognition of husband as the guardian of the minor wife not only militates against the legislative object of fighting the evil of child marriage; rather, it also perpetuates a gender-hierarchy, by placing one spouse in the control of another. An interesting judgment of the Allahabad High Court from last year must be noted here. In this case, the court was faced with the peculiar child marriage scenario, where the girl was a major and the boy was a minor, where the court refused the custody of the minor husband to wife on the ground that it would virtually amount to permitting the offence under Sections 3/4 (penetrative sexual assault) of the Protection of Children from Sexual Offences Act, 2013 against the minor.

While the judgement is certainly well-reasoned, it is disturbing to note why a similar reasoning doesn’t feature in cases relating to the guardianship and custody matters of minor-wives, who are statistically more vulnerable to sexual offences. It is important to note that Section 375 (rape) Clause Sixthly of the IPC, read with the section’s Explanation 2, recognises sexual intercourse irrespective of consent with one’s wife below the age of 15 years (interpreted as 18 years in Independent Thought vs. Union of India (2017)] as amounting to the offence of rape. In this regard, vesting guardianship with the husband over his minor wife (that is, her person as well as her property) creates an unfortunate opportunity for commission of such heinous offences.

It is hoped that the Supreme Court lays down in definite terms the implied repeal of section 6(c) of the Hindu Minority and Guardianship Act, and directs the high courts to observe consistency in their judgements, to that effect.