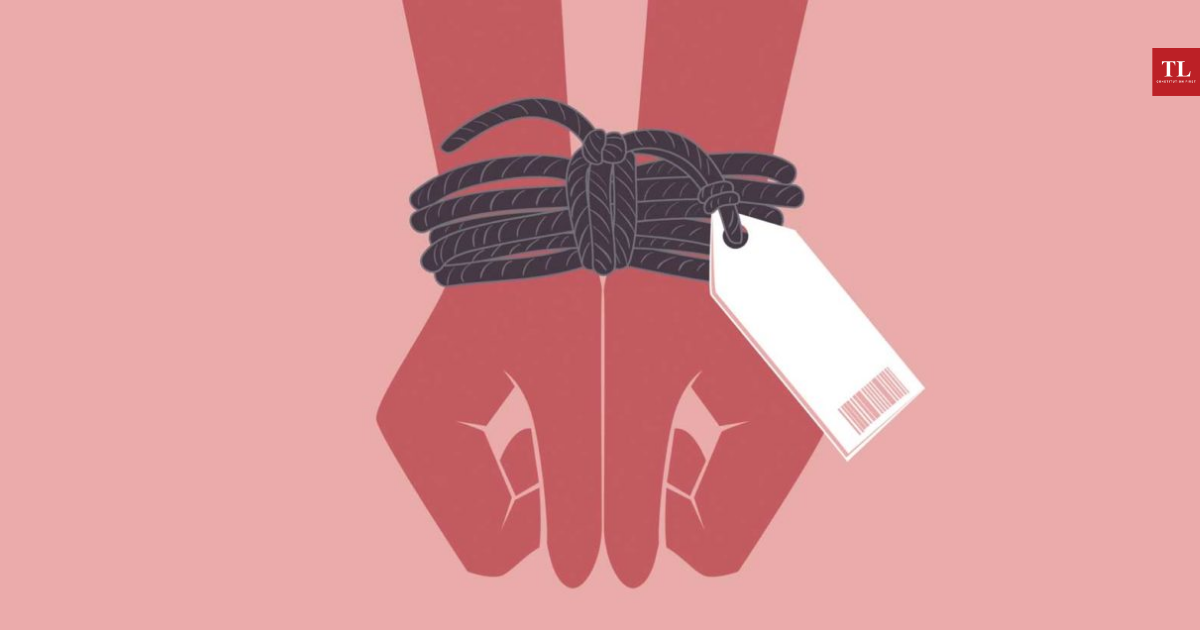 Despite the new bill expanding the scope and territorial jurisdiction of offences, sex workers fear losing livelihood with the conflation of trafficking and their profession, argues VASANTH ADITHYA. J

The Trafficking in Persons (Prevention, Care and Rehabilitation) Bill, 2021, which will be likely tabled during the ongoing Monsoon Session of Parliament, could snatch the livelihood of sex workers by conflating human trafficking with their profession.

The Bill proposes a common law that would bring into its ambit all forms of human trafficking, including sexual exploitation, indentured labour, slavery, sexual servitude and organ trade.

Article 23 of the Constitution explicitly prohibits and criminalises all kinds and forms of human trafficking, forced labour, and establishes the fundamental rights against exploitation of every citizen. Further, The Indian Penal Code, 1860, punishes procurement of any minor girl (Section 366A), import of girls from a foreign country (Section 366B), buying or disposing of any person as a slave (Section 370) and buying and selling a minor for prostitution (Section 372 and 373).

Notwithstanding a plethora of penal provisions, the National Crime Records Bureau reported 2,260 cases of trafficking involving around 13,376 people in 2019 with several cases either not reported or under the guise of forced marriages and bonded labour.

There has been a steep increase in trafficking involving commercial sexual exploitation and domestic servitude of children and women during the pandemic, according to reports. To tackle the problem, the Ministry of Home Affairs directed the states and Union Territories to establish Anti-Human trafficking Units (AHTUs) with special police and other officers to tackle the problem. However, a recent report shows that 16 states have the AHTUs only on paper and only 27% of them are functional.

Also read: 225 anti-human-trafficking units in India exist only on paper

In pursuance of signing the United Nations International Convention for the ‘Suppression of Women in Traffic in Persons and of the Exploitation in Others’ in New York on 9 May 1950, Parliament enacted the Immoral Traffic (Prevention) Act, 1956, which conflates trafficking with prostitution.

The ITPA has been used to curb prostitution by incarcerating the woman, curbing her freedom and denying her agency. The ITPA has neither any provision for rehabilitating sex workers, who are often ironically rescued without their consent, nor compensating or providing them health facilities.

The Bombay High Court in a judgment in September 2020 reiterated that prostitution is not an offence and an adult woman has the right to choose her vocation and added there is no provision under the law that makes prostitution per se a criminal offence or punishes a person because she indulges in prostitution.

There have been multiple calls in the last two decades for repealing the ITPA. Every citizen has the right to reside at a place of his/her choice, move freely throughout the country and chose a vocation as enshrined in Part III, Fundamental Rights, of the Constitution. It is high time that this archaic statute is rescinded.

What does the new bill say?

The new bill aims to prevent trafficking and provide care and protection to victims. It also differs from the 2018 Bill regarding jurisdiction and stringent penal provisions. The Bill has expanded the territorial jurisdiction of offences with cross-border implications and also widened the definition of a victim to include the transgender.

Once the Bill becomes an Act, the Centre will be mandated to set up a National Anti-Trafficking Committee and the state governments will also form such committees at state and district levels.

The Bill also empowers the National Intelligence Agency (NIA) to act as the apex body to prevent and combat trafficking. The draft Bill provides for rehabilitation of trafficked people, which is absent under Section 370 of the IPC, and also imposes economic sanctions, including invoking of the Prevention of Money Laundering Act, 2002.

Death Penalty for Offence under the new Bill

The Bill proposes rigorous imprisonment for a term not exceeding seven years which may by extended to ten years in case of trafficking. Aggravated forms of trafficking which may result in death are proposed to be punishable by life imprisonment and a fine of Rs 300,000.

The new Bill also proposes the death penalty for certain offences despite studies proving that capital punishment does not deter crimes, more specifically in cases of prostitution, where it is a question of livelihood.

“The person shall be punished with rigorous imprisonment for twenty years, but which may extend to life, or in case of second or subsequent conviction with death, and with fine which may extend up to thirty lakh rupees,” the draft says.

For deterrence to be effective, the severity of the punishment has to be simultaneous with its certainty and swiftness. Studies have proved that death penalty has not deterred terrorism, murder, or even theft.

The new law does not clarify the applicability of the already existing laws on forced labour and sexual exploitation, leading to confusion and overlapping—this is all the more a reason for repealing outdated laws and having one comprehensive code.

The Bill also does not provide for a rescue protocol except for the term “Reason to believe” by the police officer, which is ambiguous and assigns power and discretion on the cop. This makes the role of AHTU’s obscure in rescue and post-rescue operations.

Criminalisation of sex work and consent made irrelevant

Sex workers, NGOs, and community-based organisations feel that the Bill still views prostitution with a cultural and moral lens thereby criminalising the profession.

Trafficking and sex work are two distinct things and criminalisation of prostitution is unconstitutional. The Bill has included prostitution and pornography in the definition of exploitation while making the issue of consent irrelevant.  The Bill still retains the colonial and patriarchal tinge of considering women not competent enough to have consent over their bodies and vocation.

Overburdening NIA and lack of time for Public Consultation

With the aim of curbing cross-border trafficking, the Bill has vested powers on the already-burdened NIA to tackle such offences. The Bill is silent on the role of NIA as compared to police jurisdiction in cases of rescue operations.

Besides, associations and civil societies have alleged that the time given for public consultation is too less (two weeks) given the fact that the draft Bill is available only in English, which requires time to be translated in order to be discussed with the stakeholders.

Need for systemic change and sensitisation

The effective functioning of the criminal justice system is the key to curb trafficking. Filling up vacancies, assigning special units and prosecutors are pivotal to increase the conviction rate. The representation of women in the police force is a dismal 10%, which calls for their increased recruitment. Most importantly, the police force needs to be sensitised to cases of trafficking. Therefore, the Bill should address the concerns of the marginalised and the vulnerable.

(Vasanth Adithya. J is a practising advocate at the High Court of Karnataka and the author of ‘Conceptual Foundations of Competition Law in India’. The views expressed are personal.)