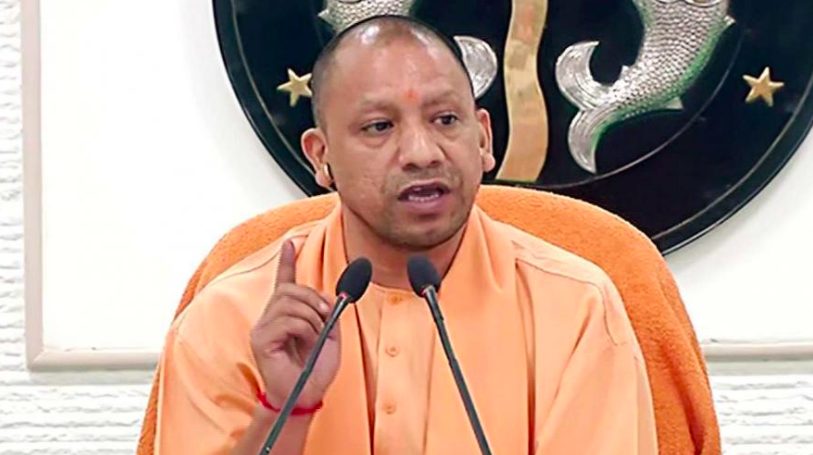 Ahead of the September 29 strike announced by the five unions of contractual employees of Anganwadi, Uttar Pradesh Jal Nigam (UPJN) and the Mahatma Gandhi National Rural Employment Guarantee Act (MGNREGA), the Yogi Adityanath government has extended the Essential Services Maintenance Act (ESMA) Act, 1966 for the third time, prohibiting them from agitating for the next six months.

According to a notification issued by the additional chief secretary, urban development, Rajneesh Dube, any strike by government contractual workers has been prohibited for the next six months.

As per the order, the state government has prohibited strikes of any nature in organisations and institutions associated with urban bodies—Nagar Nigam, Nagar Palika Parishad, Nagar Panchayat offices, directorates and offices of UPJN and Jal Sansthan. “Essential to do this in public interest, the government invoked sub-section 2 of Section 3 of ESMA, 1966, to prevent any strike for six months,” the order reads.

On May 27, the government had banned strikes in public services, corporations and local authorities citing the pandemic.  The UP government had initially invoked ESMA in May 2020 for six months. It subsequently extended the Act for another six months on November 25. On May 27, it was once again extended.

The Nigam Jal Sansthan Mazdoor Union slammed the Adityanath government for prohibiting strikes in essential services for the last 13 months. Describing the action as anti-constitutional, Ram Sanehi Yadav, president, Jal Nigam Jal Sansthan Mazdoor Union, said that it is their constitutional right to protest. “No government can snatch away the rights enshrined in the Constitution,” he told Newsclick.

More than 8,645 employees of UPJN have not been paid for the past five months while 13,676 retired employees have not received pension since April due to “lack of funds’ in the department.

“We first began our protest on February 16 against the delay in payment of salaries, which was called off on March 26 after the Jal Nigam managing director assured us of releasing our salary and pension in a month. When we were not paid, we restarted the stir on July 14 and continued till yesterday (Thursday) after the chief secretary promised to release our five months’ salaries, pension and other benefits in a month,” Yadav told Newsclick.

The union, along with 10,000 employees, including pensioners from across the state, had met the UPJN chief secretary and threatened to boycott work if salaries are not released this time.

Meanwhile, MGNREGA workers in UP are continuing with their week-long Satyagraha Lucknow demanding regularisation of jobs and an increase in honorarium.

Sanjay Dixit, former member of the Employment Guarantee Council, who is leading the protest of MGNREGA workers, compared Adityanath to Adolf Hitler. “No other government has misused Section 144 [Code of Criminal Procedure] in the state to suppress the voice of its employees for the sake of political benefits like the Yogi government. Mostly government employees and contractual workers in several departments were harassed under this Act. It is against democracy. Instead of listening to their grievances, the government is behaving like a dictator,” Mishra told Newsclick, adding that people of UP will remember Yogi’s five-year tenure as “black years”.

The MGNREGA workers have also demanded 120 days of work a year at increased wages even in urban areas and stop the privatisation of the public sector.

“We demand immediate withdrawal of ESMA. The government is all out to curb protests, demonstrations and strikes, which are the fundamental right of every citizen, including government employees and semi-government employees, as enshrined in the Constitution,” Veena Gupta, president, state’s Anganwadi Karamchari Union, told Newsclick, who has been demanding an increase in allowances for the last several months.