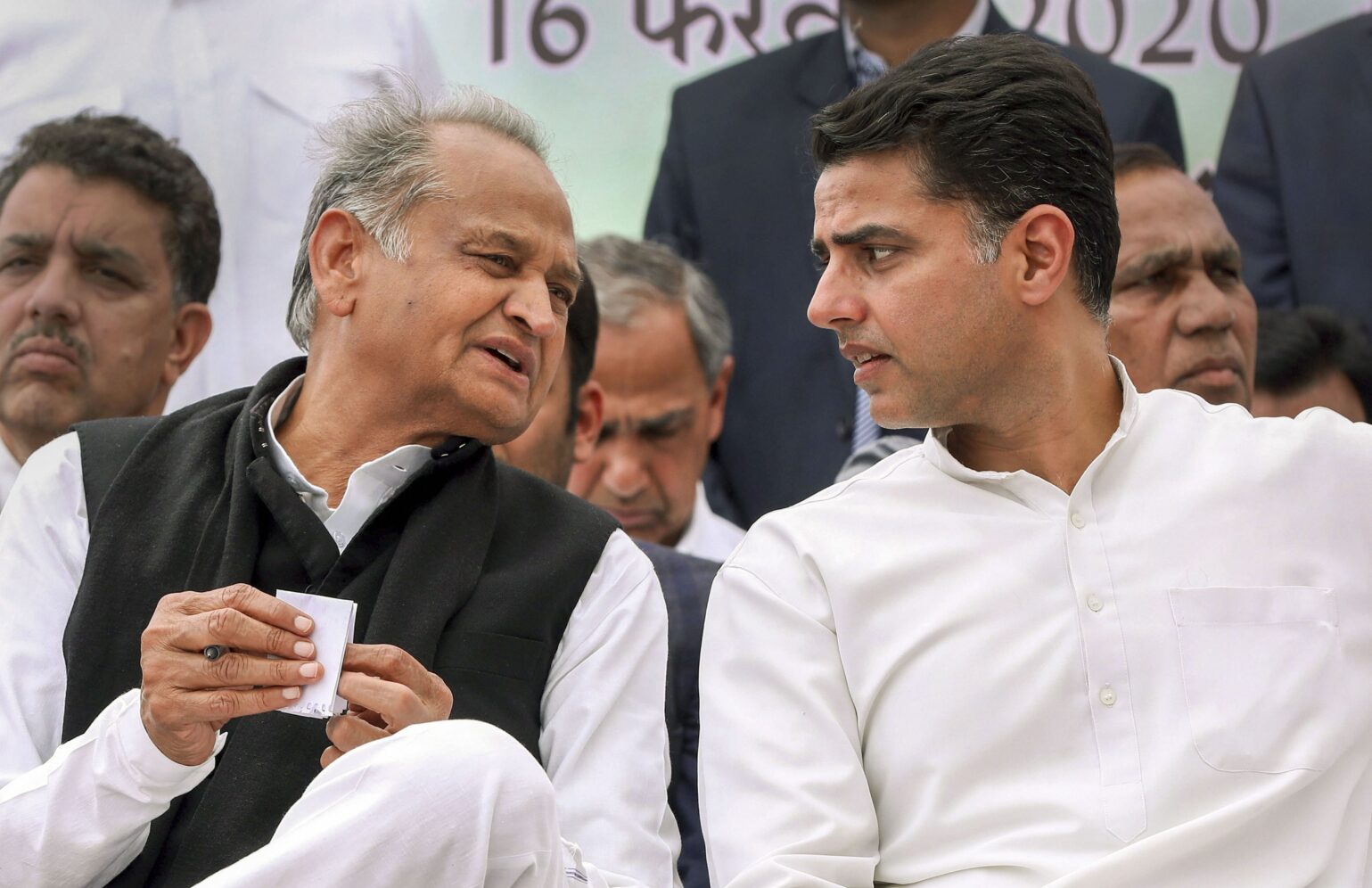 Will the Rajasthan Speaker Uphold the Majesty of the State Assembly?

Speaking on the recent turn of event in Congress party and Rajasthan Government, the author analyses the constitutionality of methods and applicability of Supreme Court judgments to them.

These words are ever relevant in the working of Indian Democracy.  The latest example is in full display in the State of Rajasthan where a group of MLAs, led by the erstwhile Deputy Chief Minister Sachin Pilot, are missing from the scene.  What are the circumstances leading to such a volatile political situation and what are the legal consequences?

“What are the circumstances leading to such a volatile political situation and what are the legal consequences? “

Mr.Mahesh Joshi, Chief Whip of the Congress party in Rajasthan Legislative Assembly filed a complaint before the Speaker of that House.  This complaint details attempts that have allegedly been made by some MLAs (Sachin Pilot group for short) to topple the duly elected Congress Government in Rajasthan. Reportedly, they abstained from attending the Congress parliamentary party meeting held on 13th and July 14, despite due notice.  It is also mentioned that some of these MLAs appeared on television channels and gave statements against the interest of the ruling party.

The question is, do their actions mean “voluntarily giving up membership of his party” as mentioned in para 2(1)(a) of Tenth Schedule to the Constitution of India?

A plea was made by Congress party to disqualify those MLAs and the Speaker issued a show cause notice to the Sachin Pilot group.

Challenging the show cause notice issued by the Speaker, the Sachin Pilot group rushed to the Rajasthan High Court by way of a writ petition.

The said Petition is to be heard by the Rajasthan High Court and it is next listed on July 20.

“ This is because the Sachin Pilot group has not so far abstained from voting contrary to any party directions.  They have only abstained from parliamentary party meetings.”

In the present case, we are concerned only with the first ground, viz. voluntarily giving up membership of the party.  This is because the Sachin Pilot group has not so far abstained from voting contrary to any party directions.  They have only abstained from parliamentary party meetings.

What is the Tenth Schedule?

Let us have a look at the said provision.

The text of Tenth Schedule to the Constitution of India under Para 2 states: “Disqualification on ground of defection.—(1) Subject to the provisions of paragraphs 4 and 5, a member of a House belonging to any political party shall be disqualified for being a member of the House if he has voluntarily given up his membership of such a political party;….”

As per the judgment of the Constitution Bench of the Supreme Court in Kihoto Hollohan v. Zachillhu   (1992) Supp 2 SCC 651, the provisions regarding disqualification of a member of the House is constitutionally valid. Therefore, the High Court cannot go into the question of constitutional validity of para 2(1)(a) of the Tenth Schedule to the Constitution raised by the Sachin Pilot group.

“In the writ petition filed by Sachin Pilot the High Court has given some interim relief from an immediate disqualification by the Speaker.”

Arguments made by Sachin Pilot group

The main contentions in the writ petition filed by Sachin Pilot group are as under:

(a) Non-attendance of party meetings or expressing opinion in public are matters between the Member and his party and it does not attract the deeming clause in Tenth Schedule.

(b) The time given by the Speaker,  for giving a reply to the show cause notice is only 2 days, whereas the Rajasthan Legislative Assembly Disqualification Rules mandates 7 day’s notice to each member.

(c) Speaker is not acting impartially as he is under the influence of Chief Minister, Ashok Ghelot.

(d) In a similar complaint filed in September 2019 alleging defection by BSP MLAs, the Speaker has not taken any action so far.

In the writ petition filed by Sachin Pilot the High Court has given some interim relief from an immediate disqualification by the Speaker.

The ‘voluntary’ in giving up membership of party

It is interesting to understand the meaning of the term voluntarily given up his membership of the political party.

The Supreme Court in G.Vishwanathan v. TN Legislative Assembly (1996) 2 SCC 353 held that the deeming fiction under Explanation (a) to para 2(1) of Tenth Schedule must be given full effect.

Thus, it is the contention of the Sachin Pilot group that he would continue to be a member of Indian National Congress, even if expelled from the party.  This contention is against the view taken by the Supreme Court in Vishwanathan’s case.

In the writ petition, the Sachin Pilot group has raised a contention that the law laid down by the Supreme Court in Vishwanathan’s case was not good law.   The Supreme Court in Amar Singh v. UOI (2011) 1 SCC 210 doubted the correctness of the ratio in Vishwanathan’s case. Placing reliance on a subsequent decision by it, Sachin Pilot’s group should not be disqualified, even if they are expelled from the party.

Another contention raised by the Sachin Pilot group is that during the course of Parliamentary Debates leading to Constitution (52nd Amendment) Bill, 1985, by which the Tenth Schedule was inserted, there was initially a suggestion to disqualify a member if he has been expelled from the party.  It was dropped in the debate as it would have serious consequences. The Supreme Court has also referred to this in Amar Singh v. UOI.

“This argument is far fetched, as no Court can deviate from the law laid down by the Supreme Court.”

This argument is far fetched, as no Court can deviate from the law laid down by the Supreme Court.  Even coordinate benches of the Supreme Court are bound by its earlier judgments, unless over ruled by a bench of a larger number of Judges.   Be that as it may, the case from Rajasthan ultimately reaching the Supreme Court and being considered by a larger Bench as suggested in Amar Singh case cannot be ruled out.

Till then, the law applicable is what is laid down by the Supreme Court in Vishwanathan’s case.

The Speaker is the authority under the Constitution to decide on disqualification of members.  In its recent judgment in Keisham Meghachandra Singh v. Hon’ble Speaker, Manipur Legislative Assembly 2020 SCC Online 55, Supreme Court held that the Speaker while deciding a question of disqualification act as a Tribunal.

As per the scheme of our Constitution, different organs of the Government function in mutual respect to each other.  It is the Speaker who has to decide on the issue of disqualification.

We can expect that the Rajasthan High Court will give that opportunity to the Speaker and the Speaker will uphold the majesty of his office by giving an impartial decision on the legal issue.

( Prashant Padmanabhan is a lawyer at the Supreme Court of India. Views expressed are personal.)