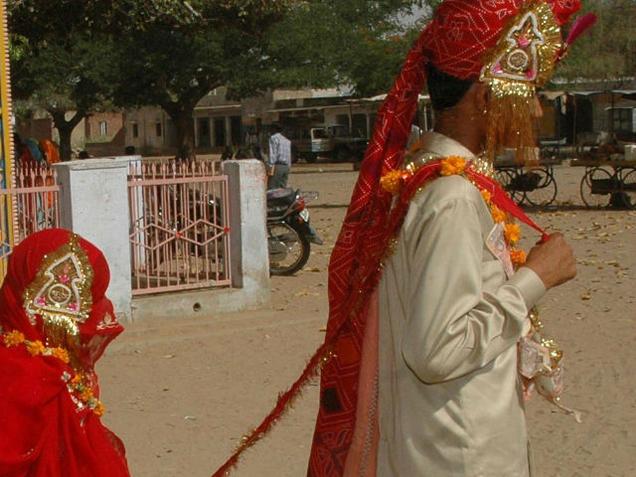 Unpacking the controversy over the Rajasthan Compulsory Registration of Marriages (Amendment) Bill, 2021

Amidst the widespread opposition to the newly amended provision on registration of child marriages in Rajasthan, SEEMA SINDHU examines the exact intent of this law as well as points out the damage caused by the regressive central law on child marriage prevalent in India.

IN a fully functional democracy, it is the job of the ‘opposition’ to oppose. Whereas, it is the duty of the people to see if the said opposition is legitimate.

The ad nauseam with respect to the Rajasthan Compulsory Registration of Marriages (Amendment) Bill, 2021 (the “Bill”), which was passed by the State Assembly on September 17, 2021, is much ado about nothing. However, there are some legitimate problems with the Prohibition of Child Marriage Act, 2006 (the “Central Act”), which must be discussed in light of this controversy.

Much ado about nothing

The contention of the opposition parties in Rajasthan is that the Bill, which seeks to amend Section 8 of the Rajasthan Compulsory Registration of Marriages Act, 2009 legitimises child marriages in the state.

Let us read the fine print of the 2009 Act and the new section in the Bill to discern the cause of the Opposition.

“8. Duty to submit the memorandum.- (1) The parties, or in case the parties have not completed the age of twenty one years, the parents or as the case may be, guardian of the parties, shall be responsible to submit the memorandum within a period of thirty days from the date of solemnization of the marriage to the Registrar within whose jurisdiction the marriage is solemnized or both or any of the parties resides…” (emphasis supplied)

The amended section 8 as per the Bill is to read as follows:

“8. Duty to submit the memorandum.- (1) The parties to the marriage, or in case the  bridegroom has not completed the age of twenty one years and/or bride has not completed the age of eighteen years, the parents or, as the case may be, guardian of the parties shall be responsible to submit the memorandum, in such manner, as may be prescribed, within a period of thirty days from the date of solemnization of the marriage to the Registrar within whose jurisdiction the marriage is solemnized, or the parties to the marriage or either of them are residing for at lease thirty days before the date of submission of the memorandum.” (emphasis supplied)

A fine reading of the old section 8 in the 2009 Act and the new section 8 in the Bill, shows that registration of marriage in the state, including child marriage, was already compulsory by virtue of the word “shall” used in the 2009 Act. What the State Government of Rajasthan has intended, it seems, is merely to tune the old section 8 to bring it at par with the definition of “child” in Section 2 (a) of the Central Act, reproduced below:

Rajasthan had initially provided for a uniform age of 21 years (for male and female parties to the marriage) in the old section 8 of the 2009 Act, for the purposes of registration, which the Bill now intends to rectify as per the Central Act.

Barring specifying 18 years for female and 21 years for male contracting parties, the Bill brings no new substantial provision home. Registration was compulsory then, by virtue of the word “shall”, through their parents or the guardians, in case the parties were below the age of 21. This age threshold is now sought to be changed to 18 for female and 21 for male parties to the marriage.

It is important to underline, at this juncture, that registration of a marriage doesn’t make a marriage valid or invalid. It’s only a regulatory mechanism to have the requisite data available with the State for certain safeguards which were discussed at length by the Supreme Court in its judgment in the case of Smt. Seema versus Ashwani Kumar in 2006. The rationale set out in this case puts the matter with respect to the Bill to rest.

Missing the woods for the trees

However, we are missing the woods for the trees, if we look at the matter holistically. The registration of child marriages does not have pernicious effects on achieving the objects of prohibition of child marriages since the child still has an option to get the marriage annulled within two years of attaining majority, as per Section 3 of the Central Act.

Rather, it is the Central Act and its implementation, which has failed to check this social evil. The Central Act is a half-hearted legislation and the Parliament clearly enacted the law with kid gloves, considering the social sensibilities and practical considerations pertaining to child marriages.

Child marriages in India are not illegal – they are merely voidable, meaning thereby that the marriage is perfectly legal until annulled at the option of the contracting party who was a child at the time of the marriage. Simply put, a child party can exercise their option to annul the marriage within two years of attaining majority, but not later than that.

Further, there exists a difference between annulment and dissolution of marriage in common parlance, wherein the latter is not void ab initio but the former is. This means that in case of an annulment, no rights and duties arise between the parties, as they do in the case of dissolution of marriage in a divorce. The main point of distinction is that there is generally, no maintenance and alimony awarded in case of an annulment, except in certain circumstances where the courts may see it fit.

Having said that, the Central Act made sure to incorporate a sympathetic provision in Section 4, which reads as under:

(2) The quantum of maintenance payable shall be determined by the district court having regard to the needs of the child, the lifestyle enjoyed by such child during her marriage and the means of income of the paying party.

(3) The amount of maintenance may be directed to be paid monthly or in lump sum.

(4) In case the party making the petition under section 3 is the female contracting party, the district court may also make a suitable order as to her residence until her remarriage.”

This provision militates against the very essence of annulment. It is apparent that the Parliament, at the time of drafting this law in 2006, was fully cognisant of the wide pervasion of child marriages in the country, and deemed it necessary to make a specific sustenance provision for the female party.

“6. Legitimacy of children born of child marriages.— Notwithstanding that a child marriage has been annulled by a decree of nullity under section 3, every child begotten or conceived of such marriage before the decree is made, whether born before or after the commencement of this Act, shall be deemed to be a legitimate child for all purposes.”

The provisions for maintenance of the female contracting party, subsequent to annulment and legitimacy of children born out of child marriages indicate that even the Parliament could not envisage the complete eradication of this social evil in the foreseeable future. Hence, the Central Act was enacted without iron will. The Parliament lacked the willingness to make child marriages void and made it merely voidable, in all its political correctness.

Even subsequently, while there have been deliberations on making child marriages void ab initio, they continue to remain voidable, and are valid if no contracting party moves the court for declaring it void within 2 years of attaining the required age.

It can also not be brushed aside that child marriage is primarily an eventuality of poverty and illiteracy, among other entrenched reasons. It can’t be checked in totality before these two are structurally eradicated.

Supreme Court as the saviour

Though child marriages in the country are declining gradually, a Supreme Court verdict in October 2017 in Independent Thought versus Union of India may prove more deterring in terms of checking child marriages going forward. In this case, the Supreme Court ruled that sex with one’s minor wife, who is below 18 years of age, would amount to rape – despite her consent.

Also Read: Implications of reading down of the Marital Rape Exemption by the Supreme Court.

Thus, even though, the Indian Penal Code does not penalise marital sex in case of a wife of 15 years or above, the Supreme Court, by virtue of this judicial precedent, has penalised marital rape where wife is below 18 years of age. While the Parliament could not show the gumption to make child marriages void, the Court has put in place an effective deterrent, as the rightful sentinel on the qui vive.