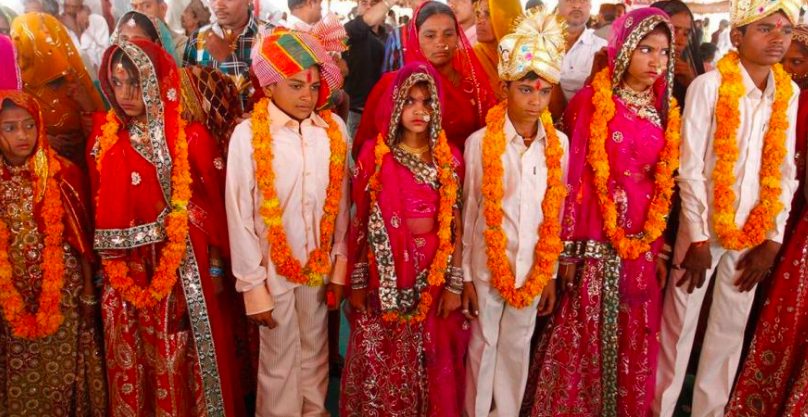 The All India Democratic Women’s Association (AIDWA) has called upon the Rajasthan government to take measures to reduce child marriages after the state Assembly passed an amendment to a 2009 legislation amid uproar.

The Rajasthan state Assembly on Friday passed a bill to amend the Rajasthan Compulsory Registration of Marriages Act, 2009, which mandates the registration of marriages, including child marriage. The Opposition alleged that the amendment validates child marriage. But the Congress-led government claimed there was nothing new in the amendment except for a technical change in the older law.

“The 2009 Act had already provided for the registration of child marriages and the amendment act merely reiterates this in Section 8,” AIDWA said in its statement. It added that “though child marriages are not invalid under the Prohibition of Child Marriages Act, 2006 (PCMA, 2006), the Rajasthan 2009 Act appears to give further legitimacy to child marriages by mandating their registration.”

The Rajasthan Compulsory Registration Of Marriages (Amendment) Bill tweaked Section 8 of the 2009 Act to say that if the bride was under 18 years of age and the groom was under 21, their parents must register the marriage within 30 days of the ceremony. In the earlier version of the 2009 Act, the age criterion was 21 years for both.

Saying that the government’s intention behind passing the amendment was not clear, AIDWA pointed out that the PCMA, 2006 makes it punishable for parents and guardians of children (excepting women) with imprisonment of up to 2 years and a fine if they promote child marriage or permit it to happen either willfully or negligently. “It is, therefore, absurd to think that those who have been made culpable under the PCMA, 2006 will come forward to register marriages under the amended Rajasthan Act,” AIDWA stated.

“Child marriages disproportionately impact and discriminate against girls and makes them vulnerable to domestic violence and marital rape, mortality and morbidity during childbirth and hampers their wellbeing and development including education,” AIDWA stated.

AIDWA’s concerns are grounded in a grim reality. Data from the National Crime Records Bureau shows that cases of child marriages rose by 50% in 2020 compared to the previous year. While experts say some of it may be attributable to increased reporting, an actual increase in child marriages is not ruled out.

Moreover, on International Women’s Day this year, UNICEF published an analysis warning that ten million additional child marriages may take place before the end of the decade due to the impact of the COVID-19 pandemic. In the report titled COVID-19: A threat to progress against child marriage, the UNICEF says that school closures, economic stress, service disruptions, pregnancy, and parental deaths due to the pandemic are putting girls at an increased risk of child marriage worldwide. That said, even before the pandemic, around 100 million girls were already at risk of child marriage in the next decade.

On Saturday, the National Commission for Protection of Child Rights (NCPCR) said it would examine the amendments passed by the Rajasthan Assembly to ensure children’s rights are protected.