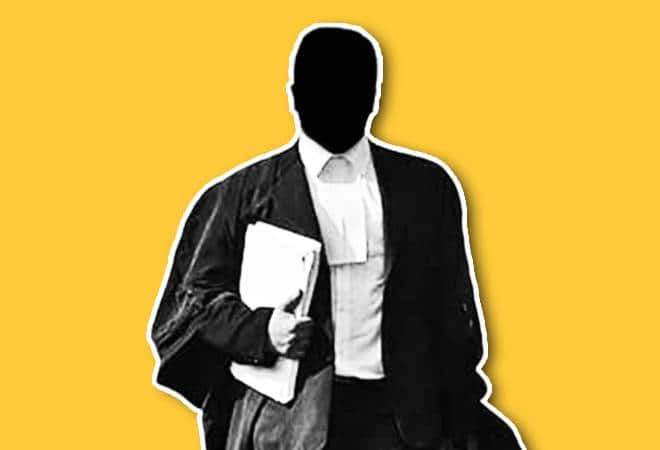 Time for a US-style independent counsel in India?

When it comes to fighting corruption, nepotism, and most other wrongdoing in high offices, India seems to take one step forward and two steps back. Maybe an imperfect solution—but still more effective than India’s multiple nepotistic offices—can be borrowed from the United States, writes PARSA VENKATESHWAR RAO JR.

One is hesitant to moot an idea that can serve some public good, which could check the misuse of power by those in high places. In the Indian ecosystem, a good idea degenerates into a putrid form even before it gets tried out.

The appointment of the Central Bureau of Investigation (CBI) director and Central Vigilance Commissioner (CVC) are two examples. As appointments are a partisan game, the party in power has its way. A director of the CBI beholden to the political bosses who choose him (or her) would never dare to go against them.

Of course, no one talks about the Lok Pal nowadays, not even its once-ardent advocate, Arvind Kejriwal, the prime agitator and now Chief Minister of Delhi, nor his one-time guru, Anna Hazare.

Looking back, it seems the Lok Pal agitation was meant to dethrone the Congress-led United Progressive Alliance (UPA) government and pave the way for the Bharatiya Janata Party (BJP) led by Prime Minister Narendra Modi to return to power. It has certainly played out that way, with Kejriwal finding his political niche in Delhi and Modi at the Centre.

The less said about the National Human Rights Commission (NHRC), the better. It is not the independent rights watchdog it was meant to be. It does not have judicial powers. The post of NHRC chairman has become a sinecure for retired chief justices of India.

Compare the NHRC with the European Court of Human Rights. The latest judgment of the European Court of Human Rights, delivered on July 27, 2021 (MININ AND OTHERS v. RUSSIA (coe.int) involving six ordinary criminals in Russia, who were arrested and they were beaten in the process of the arrest and at the police station. They complained to the European Court about their ill-treatment and for evidence, they put forward the medical tests that the higher police officials at the prisons carried out on all the complainants. And they were granted damages though it was much less than what the complainants claimed. And there has been an instance where the complainant did not claim anything. But in all cases, it was found that the complainants were “subjected to inhuman and degrading treatment and that it is a violation of Article 3 of the Convention which prohibits torture and no one is to be subjected to inhuman treatment and punishment.

It is impossible even to imagine that in India such a case will ever come up because the notion in India is that criminals do not have human rights, and petty criminals more so. This prejudice is so ingrained that people with common sense will find it fantastic that anyone should speak of the human dignity and human rights of petty criminals.

No petty criminal in India will ever dare to approach the National Human Rights Commission with the complaint that he was beaten up and tortured by the police. We have such a low sense of values as a nation. This is because even the complaints of violation of human rights of the well-heeled ones are considered anti-national in India. The state is considered to be supreme and the crimes committed by the state are not crimes as such. Therefore suggestions of building up systems to defend and protect the human rights of all people, high and low, petty criminals and political activists, will be laughed out of the court. Therefore in India, all good ideas of democracy get polluted, corrupted and distorted in the Indian political system. The Pegasus episode, alongside the apparent misuse of the spyware by the government and the political party in power, should have ideally gone to the NHRC. But no one even considers this idea because everybody knows the NHRC does not help either defend or protect the fundamental rights of citizens.

It does seem that the office of the independent counsel (also known as the special prosecutor) in the United States, which first came into existence at the time of the Watergate scandal, and the misuse of presidential privileges by former President Richard Nixon in the 1970s had helped in building the case of impeachment against Nixon. This is unthinkable in India if a prosecutor appointed by the government puts the government in the dock. Nixon;s attorney general nominee Elliot Richardson appointed Archibald Cox Jr as special prosecutor. Cox was the solicitor general in the John F Kennedy administration.

The story of the special prosecutor/independent counsel in the United States shows the difficulties of creating an office that can help counter the misuse of power among top officeholders in a government. After the Nixon episode, the office of the independent counsel/special prosecutor was used again during the presidency of Ronald Reagan when the Iran-Contra affair broke on the scene. Money gained from the prohibited sale of arms to Iran was diverted to the anti-left Contras in Nicaragua. Lawrence Walsh was named the independent counsel in 1986 and he got assistant to the president for national security affairs John Poindexter and National Security Council staffer Lieutenant Colonel Oliver North.  Walsh also got then secretary of defense Caspar Weinberger indicted before a grand jury in 1992 for his role in the Iran-Contra Affair.

Then, Bill Clinton’s presidency started with a probe into the Whitewater scandal involving close friends of his and his wife Hillary, which ended with the Monica Lewinsky affair.

When there was sufficient scope to pursue an investigation, the independent counsel could investigate those working in the offices of the president of the United States and even the Attorney General. These are extraordinary powers of investigation and prosecution.

An office like that of the independent counsel could invigorate the processes to inquire into wrongdoings in the executive. It would put the fear of God in the offices, from the PMO to the Union Cabinet ministries. But this is not likely to happen in India because the man or woman chosen to be an independent counsel would be a yes-person of the government. Subterfuge and sabotage will start at the very beginning of the investigation.

Whatever the difficulties in ever creating an office akin to the independent counsel/special prosecutor in India, we must recognise the need for a trained prosecutor who can pursue lines of investigation with the required forensic skills.

In India, the anti-corruption evangelists have their hearts in the rights place but lack the forensic skills which are so needed to nail wrongdoing, whether in the government or the corporate world.

The Pegasus spyware episode requires the powers and skills of an independent counsel/special prosecutor. Even if the cases do not always end with shaming the culprit, it would show the rigorous means needed to unravel a crime or penalise the misuse of power.

We have an investigative infrastructure for economic offences in the Enforcement Directorate (ED), Directorate of Revenue Intelligence (DRI) and the Serious Fraud Investigation Office. But they are subservient to the political masters of the day.

There are no agencies or offices to examine other abuses of power, which should include violations of the fundamental rights of citizens.