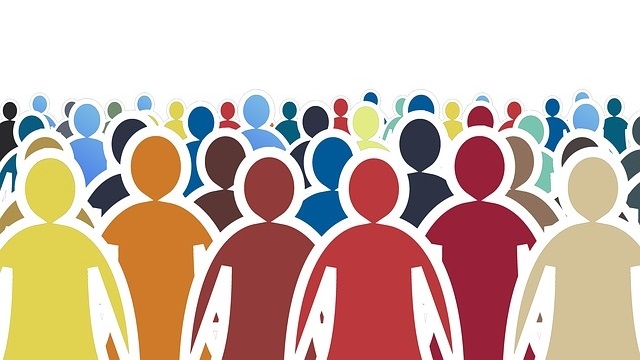 On the occasion of World Population Day recently, we witnessed the all too familiar chorus of demands for a population control law. Unfortunately, most of these demands involve making the two-child norm compulsory such that a wide gamut of individual rights and benefits can be denied in case of non-compliance, thus allowing for unreasonable state interference in the private sphere. This rhetoric has also become a potent tool for blaming religious minorities and economically weaker sections, leaving little room for a nuanced discussion based on the changing socio-economic realities of India.

Since Independence, more than 35 bills have been tabled in Parliament by MPs from various parties urging the government to enact a law to control the rising population.

As recently as March 14, Congress MP and Senior Advocate Abhishek Manu Singhvi moved a private member’s bill in the Rajya Sabha for enforcement of the two-child norm through a host of incentives like a preference for admission in higher education institutions and selection in government jobs and disincentives like barring the non-compliant couple from contesting elections, receiving government subsidies, etc. Not long before, in February, Shiv Sena MP Anil Desai introduced a private member’s bill which proposes to insert Article 47A into the Constitution as follows: “The State shall promote small family norms by offering incentives in taxes, employment, education, etc., to people who keep their family limited to two children and shall withdraw every concession from and deprive such incentives to those not adhering to small family norms, to keep the growing population under control.” The insertion of Article 47A had also been recommended in 2002 by the National Commission to Review the Working of the Constitution (NCRWC).

“Since Independence, more than 35 bills have been tabled in Parliament by MPs from various parties urging the government to enact a law to control the rising population.”

In July 2019, a private member’s bill titled, ‘The Population Regulation Bill, 2019’, had been introduced by BJP MP Rakesh Sinha in the Rajya Sabha. The Bill proposed that the two-child norm be compulsorily enforced and that failure to comply be penalised with higher interest rates on loans, debarment from contesting Parliamentary elections, and reduced government benefits. It also proposed income tax rebates, free healthcare, subsidies, and loans for housing and plots for those who complied with the two-child norm.

In 2018, around 125 parliamentarians wrote to the President of India asking for the implementation of the two-child norm.

A slew of petitions has also been filed before the courts. In November 2019, BJP leader and lawyer Ashwini Kumar Upadhyaya had filed a Special Leave Petition in the Supreme Court against a Delhi High Court order which dismissed his PIL seeking implementation of the two-child norm. In his plea, Upadhyaya sought directions to the centre to enact a law that makes the two-child norm a criterion for government jobs, aids, and subsidies. The plea had also sought withdrawal of statutory rights like the right to vote, right to contest elections, right to property, right to free shelter, right to free legal aid, for those who failed to comply. In January this year, a three-judge bench of the Supreme Court issued notices on the SLP to the centre and state governments.

The demands for a population control law are based on Entry 20-A in the Concurrent List of the Seventh Schedule, inserted through the 42nd constitutional amendment in 1976, which permits both union and state legislatures to enact laws on population control and family planning matters. They further derive legitimacy from various state laws which set the two-child limit as a criterion for certain government jobs and elected posts and have been upheld as constitutionally valid by the courts.

“The demands for a population control law are based on Entry 20-A in the Concurrent List of the Seventh Schedule, inserted through the 42nd constitutional amendment in 1976….”

In the last two decades, around 12 state governments have enacted such laws.

The two-child norm was first tested before the Supreme Court in the 2003 case of Javed vs State of Haryana which involved a challenge to Section 175(1) of the Haryana Panchayati Raj Act, 1994. The impugned provision read as follows: “No person shall be a Sarpanch or a Panch of a Gram Panchayat or a member of a Panchayat Samiti or Zila Parishad or continue as such who has more than two living children.” In effect, it disqualified a person having more than two living children from holding specified offices in Panchayats.

The petitioners argued that it violated the right to equality under Article 14 as it did not disqualify persons with two or less than two children and right to life and also personal liberty under Article 21 as it prevented persons from freely choosing the number of children they want of the Constitution.

A three-judge bench of the SC upheld the law, saying that the classification created by it was “founded on intelligible differentia” and based on the objective of controlling population growth. With respect to the Article 21 argument on reproductive autonomy, the SC said that “the lofty ideals of social and economic justice, the advancement of the nation as a whole and the philosophy of distributive justice cannot be given a go-by in the name of undue stress on fundamental rights and individual liberty”.

This precedent has ensured that similar state laws on eligibility for Panchayat elections have passed muster when challenged before courts. It also provides fertile ground for the government to further entrench the two-child norm by making it compulsory for all citizens and imposing a range of penalties on those who do not comply, as has been proposed on numerous occasions.

“In order to curb such attempts, the SC must revisit its earlier position on the two-child norm, especially in light of the 2017 case of Justice KS Puttaswamy vs Union of India.”

In order to curb such attempts, the SC must revisit its earlier position on the two-child norm, especially in light of the 2017 case of Justice KS Puttaswamy vs Union of India. The  Puttaswamy judgment recognised the right to privacy as a fundamental right under Article 21 of the Constitution and defined privacy to include personal autonomy relating to the body, and by extension, the right to reproductive choices. It further held that any State action which interferes with the right of privacy must meet the threefold requirement of (i) legality; (ii) the need for a legitimate aim; and (iii) proportionality.

Admittedly, unbridled population growth must not go unchecked but restrictions like the two-child norm interfere with the free exercise of the right to privacy and don’t adequately satisfy the three-pronged privacy test since less coercive measures like promotion of contraceptive use, access to abortions, reduction in infant mortality rate, eradication of child marriage, promotion of female literacy and empowerment can be implemented to achieve the same ends.

(The author is a lawyer and legal journalist. Views expressed are personal.)