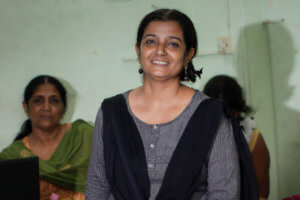 “I’d like to share is when a couple of men walked into our centre that day and showed their support for the judgement and congratulated us for the big step for the community.”

Noor is the founder member of the Bharitya Muslim Mahila Andolan,  a national human rights platform that has consistently raised concerns of Muslim women and one of the petitioners in the Triple Talaq case. In this Interview she talks to Erica Sharma about BMMA, their fight, and memorable events from the hearing..

Erica Sharma: Tell us a little about your work and organisation.

Noorjehan Safia Niaz: BMMA is a national movement for Muslim women. We started in 2007 with a purpose to create an alternative secular voice for Muslim women in the country and to ensure and develop leadership amongst Muslim women while moving towards and asserting the constitutional rights as a citizen. Further, we aim towards also securing her Quranic rights. BMMA is not a registered organization but a movement. We have more than one lakh members over the last ten years. We work on issues of livelihood, education, security, health and law reform. During the last 10 years, we have been able to reach out to a large number of Muslim women. We have set up counselling centres for women and livelihood centres for young women. Additionally, we are also developing leadership amongst young Muslim girls through various training and developmental programs. Last year, we managed to get the Supreme Court to allow Muslim women to enter Haji Ali. Over the last 10 years, we have also moved towards codification of family law because the law has not been codified for the community, which causes discriminatory practices like triple talaq and polygamy. We have a draft code ready and even the Supreme Court has urged the Parliament to move towards codification of the entire muslim law, including triple talaq, age of maintenance, polygamy, practices like halala etc.

ES:  What made you approach the court? Did you expect this verdict?

NSF:We were expecting this judgement and we went to the court only because we felt that given the difficulties in order to reach the parliament with the politics around the law reform, and we believed that the Supreme Court is a more neutral body, which has earlier safeguarded various minority issues.

ES: Did you face any resistance within the community when you decided to approach the court?

NSF: Except for a few religious groups, we do have support within the community, specially amongst the women. There is an exceptionally high sense of happiness amongst women and the rest of the community.

Various other religious groups has also accepted the judgement. This clearly shows that the time for reform has come. Muslim men in general have been very supportive and have congratulated us for our success. This shows that when you give a movement the right direction, without politicization and focussing on gender justice, then I’m sure we will be able to bring in a good legislation.

ES: How do you see this judgment make a difference for Muslim women?

NSF: The first is because five women victims have gone to the court for this, which is unprecedented. Further, there are so many others who have wanted to reach out to the Supreme Court even after these five petitions. This shows that even the victims have realised that there is certain limit to which they can tolerate such discrimination.

Secondly, the judgement declared the practice as unconstitutional which itself is very crucial since citizenship rights of Muslim women are in a way affirmed and mandated. Not to say that such rights did not exist, but declaring this practice as unconstitutional is unprecedented. Which means that now if Muslim women find anything discriminatory or violative of their dignity in their personal laws, the issue can be taken up by the Supreme Court and can be looked at from the perspective of a constitutional right or a fundamental right. This is crucial since we know that a judgement is not a law, but in the absence of a legislation, the judgement protects the rights of the other stakeholders and hence, for us, it is as good as a law. However, we do need to move towards a legislation where there are penalties etc. Yet the fact that it is declared as unconstitutional is in itself an important milestone.

ES: What was your initial response to the judgment?

NSF: We were absolutely happy and elated. This was an indication of all that Muslim women have been demanding not just from the courts, but from various other State structures. We have always wanted Muslim women to be recognised by the State machineries as an important voice of the community and an important agency of the State. What has been happening in the past 70 years is that only certain religious groups have claimed the leadership and it is only their voice that is considered the voice of the community. However how do we define community? Women are as much a part of this community and nobody has the right to mislead the community and make the entire society in the name of religion. Further, who has the right to interpret religion? Since the times of the scholars over since Muslim women are not reading their own texts and analysing the rights enshrined by the Quran. Nobody can fool us anymore about what has been provided for in these books.  The days of patriarchal bodies are numbered as now more and more Muslim women are going to come out and demand their rights from the State or whatever political machinery is there at that time. Or they will have to change as if they wish to stay relevant with time, they will have to accept that people will not just accept whatever they say to them.

ESF: It has been said that the courts and the government should not interfere in Muslim personal law, what do you think of this?

ES: You have been accused of supporting the BJP government and being on their side.  What do you have to say?

The second this is that, even after 70 years of independence, what have the other political parties done for Muslim women? What had the Rajiv Gandhi government done? What have other so-called secular political parties done? They have always supported the patriarchal, religious, conservative, regressive bodies within the community. The BMMA was found 10 years back when we did not have a BJP government. Then we filed the petition for the Haji Ali case, the BJP government was not in power that time. What is still stopping the congress and others from coming out openly and support our demands for gender justice?

So if a particular government is listening to us why should we not be? Have the secular, liberal, religious groups stopped using the Aadhar card or the new 2000 rupees notes? Have they stopped paying taxes? Have they stopped talking to the government authorities? Have they stopped living or breathing or going to the bank or their offices? Nobody has done anything to cut themselves off from this government including our religious leaders. So why do expect Muslim women to withdraw just because BJP is in power? Even today, the challenge before all the political parties is to come out and support us. We are dying to hear the voice of the political leadership in favour of Muslim women. This is agovernment in a democracy and we have all the rights to reach out to this government or any other political dispensation.

NSF: We have been working in the community for many years and who is this community? What aspect of this community are we talking about? Communities are never homogenous. There are multiple people, with multiple layers and diverse groups within each community. Muslim women are also a part of the community. If today they are celebrating and elated about the judgement, are they not a part of the community? Not just Muslim women but even Muslim men have come and celebrating the success. They have come to out centres to show their support and told us that this is a good move which should have been done long time ago.  Of course there are reservations about the judgement, which we do understand. There are limitations in applicability and implementation. But the fact is that it has been welcomed by all the groups. So which is this community we are talking about that are resisting the judgement? Of course there are religious groups, patriarchal groups, who are resisting it. But apart from that, we have received an overwhelming support. What else do we need?

ES: The current government has launched into a campaign to take the credit of the struggle of muslim women’s groups to invalidate instantaneous talaq. Any word on that?

NSF: Whenever the State picks up an issue of a certain section, and they are able to achieve something, why should it not take credit? What has ever stopped the Congress from taking credit? This government is only able to take credit only because there are 5 victims who have gone to the Supreme Court. This is unprecedented. BMMA is not an organization with two women, there are one lakh of us. We have gone to the Supreme Court and the Central Government had no option but to accept this. When five women who are victims, with no political support or vendetta, approach the Court, it has to have an impact. The State is able to see that and if it is taking credit, why not? What have the other political parties done to even take that credit? Had Rajiv Gandhi accepted the Supreme Court’s judgement in 1986 and if they didn’t enfore that law on the community, then Rajiv Gandhi could have taken credit too.

ES: Any memorable moment in the court during the hearing, or after the verdict?

NSF: There are so many memorable, the whole day was memorable. But I think what I’d like to share is when a couple of men walked into our centre that day and showed their support for the judgement and congratulated us for the big step for the community.

Women are anyway happy, but for men to come up and congratulating us and expressing their support, it was truly memorable.

ES: What is the next step from here? There have been talks of codifying the Muslim Personal Law. Are you thinking of taking the legislative route to a gender just law?

NSF: Our draft is ready and we are planning to circulate it within the public and Parliament, so everyone can discuss, debate and improvise the law. Now its going to be everybody’s responsibility which is essential while legislating. We are expecting opinions from scholar, legal experts and a larger Muslim community to give us their perspective too.

Erica Sharma is a student at Jindal Global Law School, Sonepat and interned with Lawyers Collective.