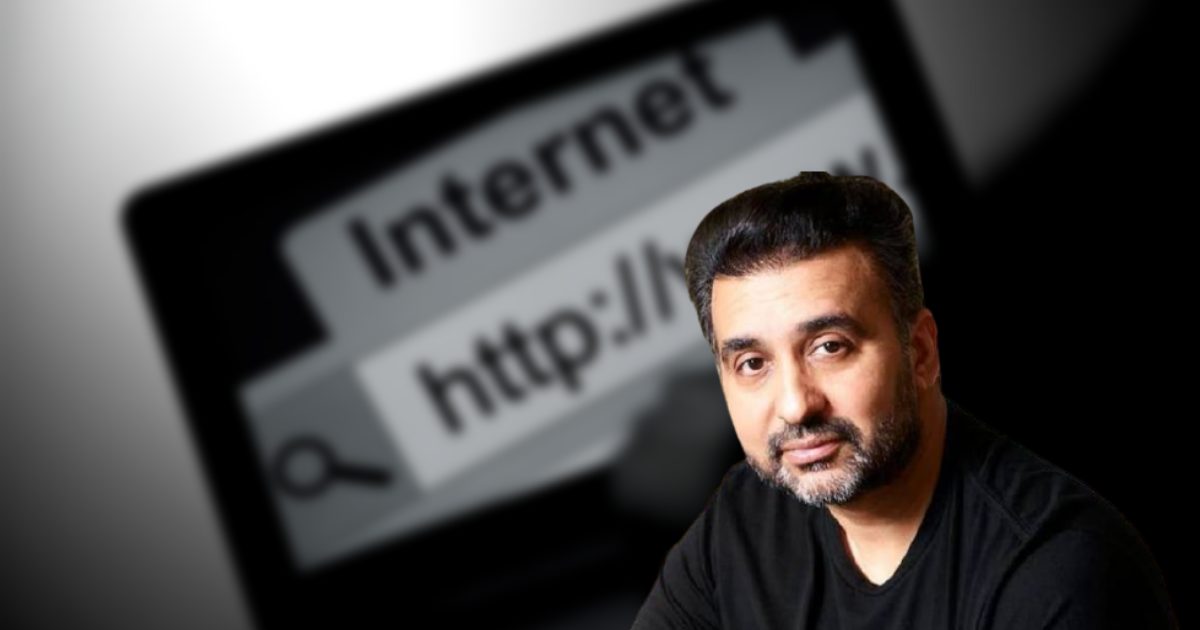 Revisiting obscenity and pornography: Raj Kundra and the feminist discourse

Against the backdrop of the recent arrest of businessman Raj Kundra for producing and distributing pornography, VARSHINI SUDHINDER and JIBRAAN MANSOOR critically examine the notion of obscenity embedded in India’s “sex laws” primarily from the lens of academic Latika Vashist’s work.

According to his lawyer Abad Ponda, Kundra has been remanded to judicial custody till August 10.

He has been charged with offences under various provisions of the IPC, IT Act and Indecent Representation of Women (Prohibition) Act.

Kundra’s lawyer has argued that while the videos were “vulgar”, they could not be considered pornographic due to absence of sexually explicit acts. Moreover, Kundra’s lawyer has contended that the former’s arrest was not legal and the provisions of IPC which were invoked were incorrect. The case has further been complicated as speculations of the Enforcement Directorate’s involvement continue to gather.

While the situation remains ambiguous, with the familial and the familiar coming to the aid of Kundra, the prosecutorial impulse against pornography and arguably sexuality in the Indian Corpus Juris remains uncanny. Law’s intimate relationship with sexual imagery, often taking the form of censure, has been closely observed from all quarters. While some remain “morally” repulsed by such images as they appeals to “prurient” interests and risk “depraving or corrupting” the mind, for others such acts of censor are warranted, as in their absence, such images “eroticise hierarchies” and “sexualise inequalities”.

Here, we intend to provocatively ask a fundamental question in the backdrop of the Kundra controversy: At moments when the economy of desire can quickly collapse into images of degradation, can we sediment our faith in an institution which has historically exiled sexuality – a mission accomplished by equal part erasures and equal part violence?

In the next section, we will explore two sites of “sex laws”: anti-obscenity laws and the Indecent Representation of Women (Prohibition) Act, 1986. In tracking their genesis and the turbulent aftermath, we argue that heteronormative moralistic undertones which remain embedded in these scriptures, render feminist imaginations within these frameworks difficult.

The second section then, following American philosopher Judith Butler, argues that certain kinds of efforts to “restrict practices of representation in the hopes of reigning in the imaginary, controlling the phantasmatic” end up reproducing and pathologically proliferating the phantasmatic. It is wondered if we can visualise new images to express our sexuality: images which do not operate in neat binaries of violence or pleasure, but rather, as law professor Latika Vashist suggests, at sites of “in-betweenness”, at sites which account for our desires, our fantasies, but also our vulnerabilities.

As law professor Ratna Kapur reminds us, the issue of sexual speech in postcolonial India must register “the history of exclusions and suppression of certain voices during the colonial encounter”, apart from the role of “nationalism in the construction of women’s sexual and gender identity”. In spirit of Kapur’s suggestion then, we briefly map out the history of obscenity laws, beginning from the colonial encounter to their continuities in the present day.

Our obscenity law is codified in Section 292 of the IPC. The British lawyer John D. Mayne rightly highlighted that in the absence of a definition, ambiguity haunted the contours of the provision.

Subsequently, the content of these provisions were filled from English case law- the foundations for which were set by the Queen’s Bench Court in the case of Regina vs. Hicklin (1868). The infamous Hicklin test stated that if a matter had the “tendency … to deprave and corrupt those whose minds are open to such immoral influences” and be suggestive of “thoughts of [the] most impure and libidinous character”, it would be considered obscene.

Subsequently, the test was imported in India and affirmed in judgments such as Ranjit D. Udeshi vs. State of Maharashtra (1964), wherein it was held by the Supreme Court that unless “the obscenity has a “preponderating social purpose or profit”, it would amount to appealing to the “carnal side of human nature” and hence not enjoy the constitutional protection of free speech and expression.

While seemingly progressive judgements like that of the Supreme Court in Aveek Sarkar & Anr. vs. State of West Bengal & Ors. (2014) have sought to mark a shift away from the frames of Hicklin and Udeshi by invoking the “community standard test”, as law professor Amit Bindal reminds us, “the logic of Udeshi is only upturned in formalistic terms”, especially since “community standard test is no different from Udeshi’s logic of discerning obscenity based on prevailing mores of contemporary society”.

Further, as Vashist reminds us, judgements like Aveek Sarkar only mark “the erasure of the feminine subject, in as much as it made invisible the female sexuality” by reading the image in the heteronormative ideology giving primacy to the marital union and effectively “stripp[ing] it of its actual intent of “supposed to shock””.

While the aforementioned discussion can hardly be qualified as a genealogy on the subject of obscenity, it nonetheless highlights that, in Vashist’s own words, the “colonial encounter in the domain of obscenity laws created its own economy of desire which continues to haunt not just the juridical consciousness” but also the “psychic life of the postcolonial”. One then wonders, if finding refuge in such provisions, without closely paying attention to the active colonial psychic life of the same, can ever accord space to the postcolonial feminine subject on its own terms.

A second issue makes the invocation of Obscenity Laws even more suspect. As Indira Jaising and Andrea Wolfe contend, “Obscenity Law proceeds according to the interests of male power, which it robes in the supposedly gender neutral language of ‘good’ and ‘evil’”. Subsequently, we wonder if the site of anti-obscenity laws and their subsequent moralistic interpretations can ever accommodate the precarious conversations surrounding sexuality.

The Bill received strong opposition from all quarters. For some, like academics Ruth Vanita and Madhu Kishwar, as Vashist notes, “the primary concern was the increasing power of the state through the strategy of criminalisation as they argued that the law was ‘ridiculously vague’ and detrimental to people’s civil liberties”.

On the other hand, feminists running the Manushi magazine, criticized this morality based understanding of “indecency” and forewarned that focusing “only on sexual images leads to ignoring other derogatory stereotypes of women as marginal, dependent beings who exist only to serve men”. For them, the provisions of the Act renders a woman devoid of sexual agency and strengthens the patriarchal conception of a “chaste” woman. Unfortunately, the 2012 Amendment Bill still embodies and perpetuates similar conceptions.

Both these scriptures then highlight that the veil of legality often obfuscates its own violent history of coercively exiling sexuality, wherein all articulations of feminine desires are foreclosed. But as British-American law professor Peter Goodrich reminds us, “the closure of law” often represents a “symptom of a confused forgetting or deeply unhappy repression.” It is only by paying attention to these symptoms that we can locate promising sites of resistance, as opposed to quickly resorting to carceral measures.

Also read: Right to Privacy judgment should help us get rid of legal tangles and taboo on the sale of sex toys in India

Largely, the debate surrounding sexual imagery has been formulated by terms set from three standpoints.

First, for the conservatives, amongst others, disgust forms an intimate bind with sexual imagery. However, as American Lacanian psychoanalyst Bruce Fink reminds us, “disgust is a sure sign of repression […] we manifest outright disgust ̶ as opposed to simple disinterest or avoidance ̶ at the very things that interested us most, prior to repression.” Subsequently, if this disgust “reveals the vulnerabilities and anxieties of the socio-political order” wherein, “erotic material outside the zones of permissible sexuality reminds law of the precarity and uncertainty of the sexual order that binds the society”, then wishing to do away with this process by censoring sexual imagery seems antithetical to the imaginations which we seek to preserve.

Rather, only by attending to this revulsion, its affinities and its disavowals, can we even begin to hope for a more scandalous, a more feminine, and a more hopeful tomorrow.

Closely linked to the above discussion, there are those who insist that pornography “enslaves women’s minds and bodies”. For instance, American radical feminist legal scholar Catharine A. MacKinnon contests that pornography leads to “the social reality of what a woman is and can be in terms of what can be done to her, and what a man is in terms of doing it”.

However, as American feminist theorist Drucilla Cornell suggests, without “new images and new words in which to express our sexuality, we will be unable to create a new world for women”. We then wonder if without this “feminine imaginary”, would undoing the order of masculine fantasies ever be possible?

Our articulation should not be registered as an automatic agreement with sex-positive feminists who simply seek to emphasise on pleasure. Rather, we wish to fundamentally follow Vashist’s claim that any “shift from ‘subject of violence’ to ‘subject in pleasure’” requires for an account of sexuality which takes “desire seriously”. This account of sexuality, as Vashist highlights, remains “imbued within desire, vulnerability and helplessness which bring to it the potential of destruction. It is an experience of excess where guilt, horror, disgust co-exist with fascination, attraction and desire of the other: a realm of uncertainties and precariousness”.

Only by recognising this complex constitution of sexuality, and moving away from simplistic, and often overly-essentialised reading(s) of pornography, can we hope to imagine new realities.

Also see: Shows on OTT platforms should be screened; some series have pornography, says SC

Raj Kundra’s predicament has brought forth various legal issues. For instance, the invocation of both the IPC and the IT Act – both cover similar offence while having differing penalties – warrants our attention to judgments such as M.F. Hussain v. Raj Kumar Pandey (2008), wherein the Delhi High Court held that if a crime was committed, having certain association with an electronic medium, the IT Act would be attracted. Further, there are important conversations to be had about the contours of voyeurism as well.

While all these discussions deserve their own space, the focus of this article has been limited to the broader issue concerning pornography and sexual imagery in the law. By analysing the complication of sites of sex laws such as anti-obscenity laws, we have sought to highlight the need to pay closer attention to such provisions, rather than automatically assuming them to be the last refuge for feminist politics.