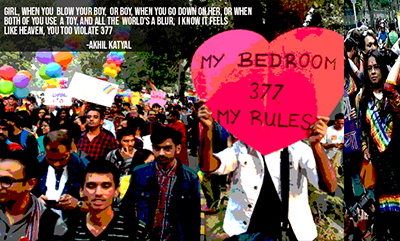 “The state has no place in the bedrooms of the nation.”

These words are often attributed to Pierre Elliot Trudeau who was the Justice Minister of Canada in 1967, believed to be uttered when he introduced his controversial Omnibus Bill that called for changes in the Criminal Code of Canada regarding many taboo topics like homosexuality, abortion, divorce, etc. But in reality, he simply rephrased the words of one Martin O’Malley, editorialist at The Globe and Mail.Whoever may have spoken these words first, the fact of the matter is that they are still very relevant.

The “advisory direction” issued by the Ministry of Information and Broadcasting in December 2017,directing television channels against airing condom advertisements between 6 am-10 pm bears testimony to the problem. The problem we have with talking about anything related to sex, sexual health, or anything that involves our genitalia. The reason given by the Ministry was that these advertisements were “indecent, especially for children”and can create “interest in unhealthy practices” among them. On the face of it, this just seems like a very convenient excuse by the government trying to “preserve” our culture. But, this doesn’t change the reality that a lot of youngsters in India are engaging in sexual activities and if that’s the case these condom commercials will actually be quite helpful in preventing unplanned pregnancies and transmission of STDs. Instead of promoting healthy discussions on sex, sexual health and sexuality, our society still promotes ignorance and oblivion. But oblivion isn’t always bliss, now is it?

In 2015,Suhaas Joshi, a Delhi-based lawyer practicing in the Supreme Court, had filed a complaint against Snapdeal.com and Ohmysecret.com for promoting “gay sex” and selling “obscene” products on their websites. In his complaint, he raised an objection to products like anal lubricants and massagers that were shaped like the male phallus as they violated Section 377 (which penalises any sort of carnal intercourse against the order of nature), Sections 292, 292 A, 293 and 294 (all of which prohibit sale or dissemination of obscene books, paintings, products, etc) of the Indian Penal Code. In his defence, Joshi claimed that he wasn’t against sexuality but was simply testing the boundaries of Section 377, as on one hand companies were selling products which could be used for same sex activities, and on the other, such acts were illegal according to the Indian government.

No matter what his intentions may have been, his complaint brought to the forefront a lot of ambiguity that exists in all of these provisions. Even though obscenity is a criminal offence in India, nowhere is it defined in clear terms. Section 292 of IPC states:

“292. Sale, etc., of obscene books, etc.—2 [(1) For the purposes of sub-section (2), a book, pamphlet, paper, writing, drawing, painting, representation, figure or any other object, shall be deemed to be obscene if it is lascivious or appeals to the prurient interest or if its effect, or (where it comprises two or more distinct items) the effect of any one of its items, is, if taken as a whole, such as to tend to deprave and corrupt persons who are likely, having regard to all relevant circumstances, to read, see or hear the matter contained or embodied in it.”

What constitutes as lascivious? Can something deprave or corrupt someone equally and what do we mean by “deprave” and “corrupt” to begin with? Very evidently, there’s a lot of grey area here. In order to remedy this, the courts had laid down certain tests to ascertain if something falls within the ambit of mischief or obscenity, starting with the “Hicklin test” in the United Kingdom. In 1868, the Court laid down the Hicklin test in Regina v. Hicklin, and held as follows:

“The test of obscenity is whether the tendency of the matter charged as obscenity is to deprave and corrupt those whose minds are open to such immoral influences and into whose hands a publication of this sort may fall.”

This test stated that a publication was to be adjudged for obscenity on the basis of its influence on the most vulnerable readers such as children or weak-minded individuals. Eventually though, this test was discarded in lieu of another more appropriatetest, the “Community Standard test” by the Supreme Court of USA (Roth v. United States) and Canada (Regina v. Butler) respectively. In India, in the case of Aveek Sarkar and Anr. vs. State of West Bengal and Ors., it was stated that:

“We are also of the view that Hicklin test is not the correct test to be applied to determine ‘what is obscenity’. Section 292 of the Indian Penal Code, of course, uses the expression ‘lascivious and prurient interests’ or its effect. Later, it has also been indicated in the said Section of the applicability of the effect and the necessity of taking the items as a whole and on that foundation where such items would tend to deprave and corrupt persons who are likely, having regard to all the relevant circumstances, to read, see or hear the matter contained or embodied in it. We have, therefore, to apply the ‘community standard test’ rather than ‘Hicklin test’ to determine what is ‘obscenity’.

A picture of a nude/semi-nude woman, as such, cannot per se be called obscene unless it has the tendency to arouse feeling or revealing an overt sexual desire. The picture should be suggestive of deprave mind and designed to excite sexual passion in persons who are likely to see it, which will depend on the particular posture and the background in which the nude/semi-nude woman is depicted. Only those sex-related materials which have a tendency of ‘exciting lustful thoughts’ can be held to be obscene, but the obscenity has to be judged from the point of view of an average person, by applying contemporary community standards.”

So, even in India the Community Standard test was preferred over the Hicklin test. But, even this test doesn’t really answer all the questions. So, is it legal or illegal to sell sex toys and other products related to sexual health in India, online or otherwise? It depends on how the product is designed and marketed. A massager is legal, but one that is shaped like a private part will be considered illegal according to Vaibhav Parikh, a partner at Nishith Desai Associates. This begs the question, how else will a dildo be shaped like, if not a male phallus? As stated by Parikh, while deciding if a sex toy is legal or illegal, courts try to figure out whether a product was marketed in such a way that appealed to the “depraved mindset” of people. So, it’s all about the design and packaging. As long as it’s not designed or packed in a way that’s “lascivious or appeals to the prurient interest” or that “depraves or corrupts” the people that are in possession of it, it’s all legal.

Why should State enter the bedroom?

This brings us back to the quote by Martin O’Malley about how the state cannot enter the bedrooms of the nation and legislate. Whether the toys, lubricants, etc. are being used for “sex” or “gay sex” or “masturbation”, the government shouldn’t be allowed to interfere in that. As long as what’s happening inside the bedroom is completely consensual and healthy, the government shouldn’t have a say in it. While this might sound very utopian, especially in light of section 377 and the general intrusiveness that is prevalent in our country, but in the case of Justice K S Puttaswamy (Retd) v. Union of India, it was stated that:

“Privacy includes at its core the preservation of personal intimacies, the sanctity of family life, marriage, procreation, the home and sexual orientation.

“[I]t is privacy which is a powerful guarantee if the state were to introduce compulsory drug trials of non-consenting men or women.  The sanctity of marriage, the liberty of procreation, the choice of a family life and the dignity of being are matters which concern every individual irrespective of social strata or economic well being.  The pursuit of happiness is founded upon autonomy and dignity. Both are essential attributes of privacy which makes no distinction between the birth marks of individuals.”

“The right to privacy and the protection of sexual orientation lie at the core of the fundamental rights guaranteed by Articles 14, 15 and 21 of the constitution… [LGBT] rights are not so-called but are real rights founded on sound constitutional doctrine. They inhere in the right to life. They dwell in privacy and dignity. They constitute the essence of liberty and freedom. Sexual orientation is an essential component of identity. Equal protection demands protection of the identity of every individual without discrimination.”

Going by the judgment in this case, it is clear that our right to privacy is an inalienable right, irrespective of our gender orientation and hence what we do with the sex toys in the privacy of our bedrooms shouldn’t be of anyone’s business even if that person simply intended to ‘test the boundaries of our anti-homosexuality law’.

In KavitaPhumbhra v. Commissioner of Customs (Port), the High Court of Calcutta while adjudging the legality of certain products stated that:

“Regard being had to the prevailing social mores and standards of morals in our country the goods and items do not reflect anything obscene. Merely because the rules of some of the games may have an erotic and aphrodisiac content or may have atitillating effect for arousing sexual desires these items, without anything more, cannot be labelled as obscene. The rules of the game have not employed any offensive language. In our opinion, an article or instruction suggesting various modes for stimulating the enjoyment of sex, if not expressed in any lurid or filthy language, cannot be branded as obscene. If that not be so, books like Kama Sutra should also be banned on the charge of obscenity as this ancient Sanskrit treatise on the art of love and sexual techniques also candidly contains various instructions for heightening the pleasures of sexual enjoyment.”

Consent and communication, not state control

So far, the courts have agreed that “obscenity” has to be regarded with respect to the prevailing social norms, then why are we as a society still so prudish? Why are we so afraid of sex and anything to do with sex that even healthy sexual activities or dialogue around such activities is regarded as taboo? What are we so afraid of? If we think keeping all of this under the wraps somehow makes the country’s youth oblivious of sex, we couldn’t be farther from the truth. If we think openly talking about sex and any such related activity will destroy our culture, well, have you heard about Kama Sutra or the erotic paintings at our ancient temples like Khajuraho? All of this is part of our culture and it’s high time we stop running away from it and just accept it because it’s honestly doing us more harm than good.

Can we for once talk openly about these things that make us so uncomfortable? Can we educate our children in a safe, healthy, judgment free environment without assuming that sex education will make them some deviant sex offenders? Can we teach them about consent and communication and how important both of these are? Can we talk to them about their right to sexual pleasure without insinuating that such a right is perverse and sex is only meant for procreation?

And most importantly, can we stop shaming people for having sexual desires and needs and their right to a healthy sexual life? Because we’ve frankly tried the alternative for years now and that hasn’t stopped anyone from having sex or wanting to have sex, has it? It’s just made them explore their sexuality covertly, often times in an unhealthy, unsafe way. So, let’s just start talking about it, freely and shamelessly in a safe and healthy setting.