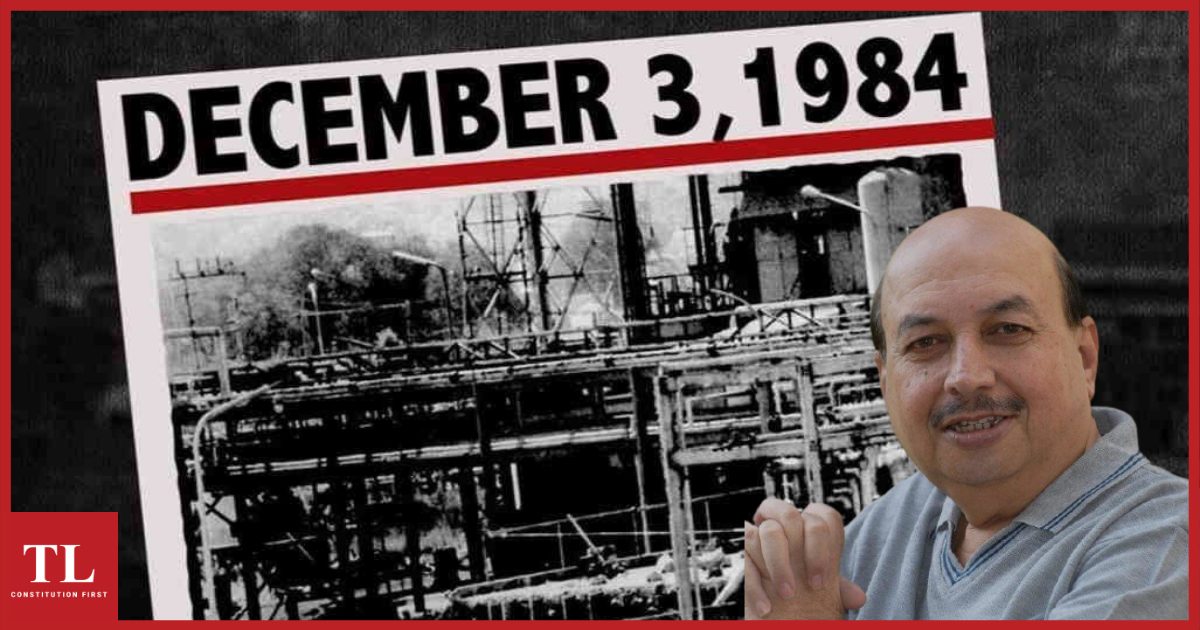 Eulogizing the recently departed journalist Rajkumar Keswani, INDIRA JAISING writes about his lone voice warning about the Bhopal Gas Leak disaster in 1984 through meticulous reporting, his tireless championing of the cause of the victims of the tragedy, and her personal acquaintance with him made in the aftermath of the tragedy.

Senior journalist Rajkumar Keswani, best known as the lone voice that forewarned about the Bhopal gas tragedy, passed away on 21st May, 2021, due to post-COVID complications, in Bhopal. He was 70 years old. He was born, educated, and lived all his life in the city of Bhopal, and is survived by his wife Sunita and son Raunak.

After starting his career as sub-editor of Sports Times during his college days, Keswani went on to be associated with prominent media outlets like New York Times, NDTV, Dainik Bhaskar, The Illustrated Weekly of India, Sunday, India Today and The Week. He had also penned a book on the classic film, ‘Mughal-E-Azam’.

I met Rajkumar in early 1985 in Bhopal. The Bhopal gas leak disaster had just occurred in December 1984, and many of us lawyers were getting involved in providing legal services to the victims.

Keswani’s reporting on the danger posed by the gas plant

He was the only journalist to have, through multiple articles published in the local newspapers, predicted that such an accident could likely take place at the facility of Union Carbide India Limited, a subsidiary of the Union Carbide Corporation, an American company.

After nine months of investigation, Keswani published three articles on safety lapses at the Union Carbide plant in Bhopal in the local Hindi weekly newspaper Rapat in 1982, two years before the world’s worst industrial tragedy: Bachaiye huzoor is shahar ko bachaiye (Save Please, Save This City).

Then, was another article on 26th September, 1984, Jwalamukhi ke muhane baitha Bhopal (Bhopal sitting on the brink of a volcano).

This was followed by another, Na samjhoge to aakhir mit hi jaoge (If you don’t understand, you all shall be wiped out)

Just six months before the deadly gas leaked out of the plant on December 2-3, he wrote another article: ‘Bhopal: On the brink of a disaster’, warning about a potential disaster.

Keswani wrote in November 1982 to Arjun Singh, the then Chief Minister of Madhya Pradesh, warning him of dangers from the plant. He never received a reply.

Referring to a leak from a chlorine plant elsewhere in India that had affected scores of people, Keswani said in his article that if such a mishap occurred in Bhopal, there would not even be a solitary witness to testify to what took place. In that article, Keswani quoted extensively from a May 1982 report on safety measures at the plant written by three Americans who had been sent by the Union Carbide corporate headquarters to check problems at the plant.

Keswani also reported on a series of incidents that had taken place in the recent past, and asserted that a leak from the plant on 5th October, 1982 had affected thousands of residents of neighbouring slum districts who had fled in fear and returned only after eight hours.

Keswani had noted in his reporting that in 1975, M.N. Buch, an Indian bureaucrat, had asked Union Carbide to move the plant away from its present site because of the rapid growth of residential neighbourhoods around it. Fortunately for Union Carbide, Buch was soon transferred from his post.

Keswani’s reporting also highlighted how Union Carbide compromised on safety by advising its India executives to economise on safety measures and use cheaper material.

The plant was producing pesticides and for that purpose, it stored methyl isocyanate (MIC) – one of the deadliest chemicals known to mankind. He wrote that the factory was storing large quantities of MIC with no safety procedures in place, in the event of an accident. This is exactly what happened on the intervening night of 2nd December 1984.

Union Carbide let off the hook

The US corporation was too strong to allow any responsibility to be fixed on its subsidiary and did everything within its power to cover up what had happened. In fact, due process of law was subverted in both civil and criminal proceedings.

Warren Anderson, then chairperson of Union Carbide Corporation who visited India and had been detained, was released on bail, at which point he fled the country, never to return. The Indian government filed several requests for his extradition in the 2000s with the US, but failed to extradite him.

Through all this, Rajkumar followed up on the problem of the victims of the disaster, every step of the way. He was there at the Hamidia Hospital on the night of the disaster, gaining first-hand knowledge of what was happening.

Eventually, as we all know, the case was settled in the Supreme Court of India by the Union of India, for a paltry sum of $450 million, and all criminal proceedings were agreed to be dropped.

It was Rajkumar who had approached me to challenge the provisions of the Bhopal Gas Leak Disaster (Processing of Claims) Act, 1985.

This Act gave to the Union of India the locus standi to take over the claims of all the late victims and litigate on their behalf in the United States of America, as also in India. While no fault could be found by allowing the Union to represent the victims, Rajkumar maintained that this couldn’t be done to the exclusion of the right of the victims to be heard and to consent to any possible settlement.

He was the first person who filed a petition in the Supreme Court of India challenging the Act on this ground alone. During the pendency of the petition, the Union of India actually settled all the claims of the victims without even consulting them. It was then that Rajkumar, through his lawyers, including me, approached the Supreme Court of India and insisted that the settlement be kept on hold at such time till the constitutionality validity was decided.

In a judgement by a five-judge Constitution bench in the case of Charan Lal Sahu v. Union of India (AIR 1990 SC 1480), the Supreme Court upheld the validity of the Act but directed that claims could not be taken over the Union of India without the victims being given interim relief. After this judgement, the validity of the settlement was called into question in relation to the participation of the victims. As mentioned earlier, the civil settlement was accepted, but criminal proceedings were restored.

Rajkumar was not only an outstanding journalist but an activist who pursued his commitment to justice for the Bhopal Gas tragedy victims through life.

He was awarded the prestigious B.D. Goenka Award for Excellence in Journalism in 1985 (making him the youngest journalist to win the award at the age of 35), the Madhav Rao Sapre Puraskar for reporting in 2008, and Prem Bhatia Journalism Award for Outstanding Environmental Reporting in 2010.

An interesting movie called ‘Bhopal: A Prayer for Rain’ had been released in 2014 about the disaster, in which the character of  Motwani, a journalist who documents the horrors of the tragedy, is inspired by Keswani. Though Keswani himself did not approve of this movie since he had not agreed with the original script of the movie that referred to him by name, eventually changes were made to the relevant character’s name and some aspects of the script.

In spite of ringing the alarm bells, no one had paid attention to Keswani’s reporting. He lamented about the same while accepting the B.D. Goenka Award, noting in his acceptance speech that he might be the first to receive the award for such a spectacular journalistic failure, and had he succeeded at his task no one would have ever taken note.

Rajkumar Keswani will be remembered for this heroic attempt by his many journalist friends, and very much so by the Bhopal Gas tragedy victims and by me.

(Indira Jaising is a Senior Advocate at the Supreme Court of India. She is also the co-founder of The Leaflet. The views expressed are personal.)