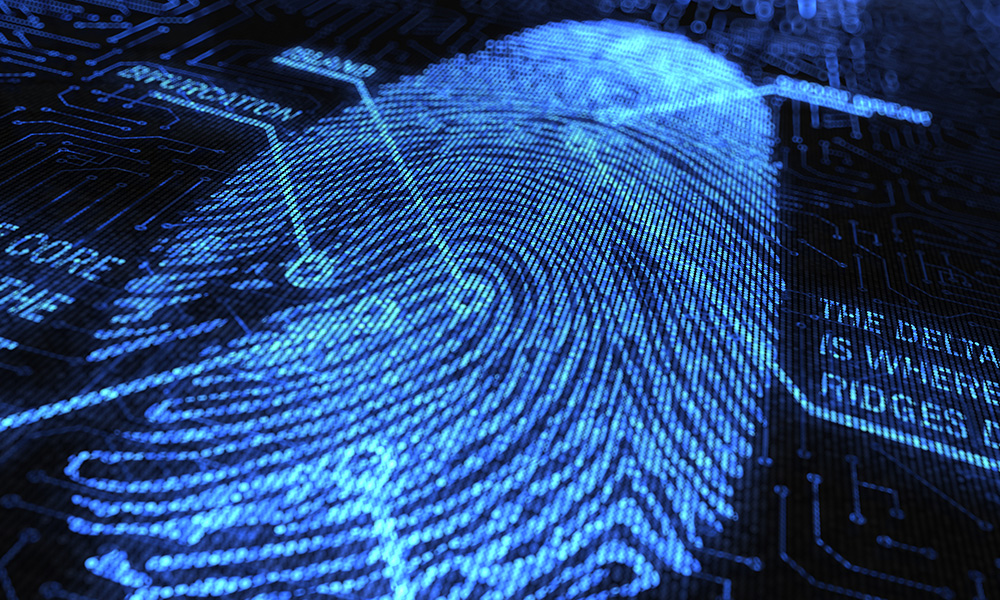 Prudent to Use Forensic Evidence, to Decide Cases Justly and Conclusively

In 2003, the Justice Malimath Committee on Reforms of Criminal Justice System had mentioned the low level of application of forensic science in criminal investigations in the country. It has not taken off due to a host of reasons. It is prudent to use forensic evidence to help decide cases justly and conclusively, says N V KRISHNAKUMAR

The recent Sushant Singh Rajput case once again brought into focus the role of forensic science in investigations.

Every television channel worth its name had a panel of forensic experts waxing eloquent on prime time. To recap very briefly, on 14 June 2020, film star Sushant Singh Rajput was found dead hanging from the ceiling fan at his home in Bandra, Mumbai. The official post-mortem report concluded that he died of asphyxia due to hanging.

Later, because of multiple reasons, the case was handed over to the Central Bureau of Investigation (CBI). According to an article in India Today, a Central Forensic Science Laboratory (CFSL) scientist involved in the CBI’s probe into Rajput’s death revealed that their team had found no compelling evidence so far to suggest that the actor was murdered. This case has been mentioned just to reinforce the importance of forensic science in today’s investigations.

Historically, Francisca Rojas is believed to be the first criminal in the world to be found guilty through fingerprint evidence.

On June 29, 1892, 27-year-old Francisca Rojas’s two children, six-year-old son, Ponciano Carballo Rojas, and his four-year-old sister Teresa were found brutally murdered at their home in Necochea, Buenos Aires Province, in Argentina. Francisca tried to lay the blame on her neighbour Pedro Ramón Velázquez by simulating an attack by cutting her own throat.

The report of the murder did not reach La Plata (the provincial capital) until July 8. Police Inspector Alvarez, of the Central Police, went to Necochea to assist the local police with the investigations. When he arrived, he found that the police had no leads. Rojas denied having anything to do with the children’s deaths. Velázquez also explicitly denied killing the children. Alvarez quickly discovered that Velázquez had an alibi; he had been out with several friends at the time of the murders. Upon investigation, Alvarez also found that another boyfriend of Rojas’ had been overheard saying he would marry her “except for those two brats”.

Alvarez examined the crime scene even though it was several days old. It was then that he discovered a brown mark on a bedroom door. After careful examination he determined it to be a bloody fingerprint. Remembering the training he received from Juan Vucetich, Alvarez removed the section of the door with the impression and returned to La Plata with the evidence. Alvarez then requested Rojas be fingerprinted. Once completed, he compared the impression on the door to that of Rojas’s and got a positive identification.

When Rojas was confronted with this evidence she broke down and confessed to the murders. Based on this she was convicted.

Prior to this police relied on anthropometry (the scientific study of the measurements and proportions of the human body) for clinching evidence.

However, this case laid the foundation to prove the superiority of fingerprints for identification purposes as compared to anthropometry.

As a result of the Rojas murders, Argentina became the first country in the world to abolish anthropometry and file its criminal records based solely on fingerprint classification. Today, fingerprinting is standard practice in criminal investigations.

To bring criminals to justice the role of technology in crime scene investigation has grown multifold. Criminals are not brought to justice at the click of a button as many Hollywood and Bollywood movies and web series would have us believe. It’s a long drawn-out process: from the police investigation to court proceedings, and finally to judgments and convictions.

In a democratic society like ours, legitimacy has always been considered as the hallmark of the justice system. Judges are seen as the backbone of the justice system. It goes without saying that there has been a remarkable penetration of technology in the process of solving crimes. Here, forensic science plays a crucial role.

Forensic science involves the method and technology from various branches of science like medicine, biology, pharmacy, chemistry, etc. For example, the blood found at the site and blueprinting of the blood is done with the application of physics. Biology helps in recognising the dead body, whereas chemistry can help in determining the reason for the death, or combination of drugs in the body.

As an example, let’s take a building collapse. In this case, the forensic civil engineering experts will investigate the reasons for the building collapse; and the same will be submitted in the court. The court will establish a link between the pieces of evidence and reach a conclusion.

A recent survey conducted by the Supreme Court of India and the High Court of Delhi revealed that very few cases are solved with the involvement of forensic evidence.

According to Art 20(3) of the Indian Constitution, any person accused of a criminal offense cannot be compelled to be a witness against themselves.

Art 20(3) was drawn to safeguard the accused from possible mental harassment and torture during a police investigation. According to this right, no one is under compulsion to answer any question or produce any document which can act against them in the court of law.

But the Supreme Court in the case of the State of Bombay v. Kathi Kalu Oghad and Others held that compelling any person to give any sort of forensic evidence like fingerprints, blood, hair, semen, does not violate the provision of Art. 20(3).

The same is mentioned in Sec. 73 of the Indian Evidence Act which directs that any person can be asked to give the fingerprint or DNA.

Nowadays, investigating agencies have introduced new procedures for gathering evidence. These are the lie detector, brain mapping, and narco-analysis. Again, there is a big debate on narco-analysis and its validity.

Narco-analysis is a relatively new development in the field of criminal investigation.The question that arises is: is the evidence by narco-analysis admissible in the court of law?

In India, the narco-analysis test is done by a team comprising an anesthesiologist, a psychiatrist, a clinical and forensic scientist, an audio-videographer, and supporting nursing staff. The forensic scientist prepares the report regarding the revelations that is accompanied by a compact disk of audio-video recordings.

This process poses many questions about law and ethics. Some feel that it is violating the provision of Art. 20 of the Indian Constitution against self-incrimination.

Narco-analysis is a relatively new development in the field of criminal investigation.The question that arises is: is the evidence by narco-analysis admissible in the court of law?

In the case of Ramchandra Reddy and Others versus The State of Maharashtra, the court upheld the constitutional validity of the use of narco-analysis and the lie detector; but in 2006, in the case of Selvi and Others versus State of Karnataka and Others the court were of the view that the person giving statements in brain mapping or narco-analysis test was in a  semi-conscious state and therefore the evidence could not be considered as conclusive. Thus these two tests cannot be made a part of the compulsory investigation process.

Need to use Forensic Evidence

Though the use of forensic evidence has seen a spike in the judicial system across the world one can see only restrictive use in the Indian judiciary.

In most cases, courts have relied mainly on non-forensic evidence for a judgment.

A recent survey conducted by the Supreme Court of India and the High Court of Delhi revealed that very few cases are solved with the involvement of forensic evidence. DNA evidence has been used only in about five percent of the murder cases and three percent of the rape cases.

There is agreement on the fact that medical and forensic proof play a vital role in helping the courts of law to reach logical conclusions. Therefore, expert medical professionals should be inspired to undertake medico-legal work. At the same time, the atmosphere in courts ought to be congenial to the medical witnesses. This attains the utmost importance considering the outcome of the case; because if good experts avoid court attendance, the less skilled would fill the gap, thus affecting justice.

In her doctoral thesis, Ankia Patel analysed 10,478 judgments of the Gujarat High Court between 1951 and 2015. Out of the total, only 634 mentioned forensic evidence. However, since 2000, the rate of mentioning forensic evidence has gone up considerably.

To this end, law and medical colleges must include forensic science as one of their subjects and encourage students to move forward in the field.

The government must take steps to spread awareness about the importance of forensics in the criminal justice system. Police, investigating officers, detectives, scientists must be trained in the progress of science and technology and the importance of such evidence. Doubtless, forensic evidence is more legitimate than any other auricular evidence.

As this field is a blessing to the criminal justice system, we must work on the loopholes. We must ensure that everybody is involved in the justice system uses the advantages of forensic science to its maximum potential.

The Tandoor Murder Case (1995) Delhi, was a criminal case in India solved with the assistance of forensics. In this case, a DNA test proved beyond any reasonable doubt that the burnt body was of the victim Naina Sahni, the biological offspring of  Harbhajan Singh and Jaswant Kaur.

In her doctoral thesis, Ankia Patel analysed 10,478 judgments of the Gujarat High Court between 1951 and 2015. Out of the total, only 634 mentioned forensic evidence. However, since 2000, the rate of mentioning forensic evidence has gone up considerably.

The study also analysed the reasons for the dropping of forensic evidence at different levels. At an investigating agency level, it was the failure to send the evidence to the Forensic Science Laboratory in time, faulty sealing of samples, samples forwarded without proper case details or punchnama, and failure to collect important evidence.

In 2003, the Justice Malimath Committee on Reforms of Criminal Justice System had mentioned the low level of application of forensic science in criminal investigations in the country. Only 5-6 percent of the registered cases were referred to the Forensic Science Laboratory and the Fingerprint Bureau put together.

The study advocates better training of police personnel and training of forensic experts in the deposition in courts among other things.

Forensic evidence is a great tool in helping to decide cases justly and conclusively. It will be prudent to tap its full potential.

(N V Krishnakumar is a senior advertising professional based in Mumbai with varied interests that include reading and writing. The views are personal.)