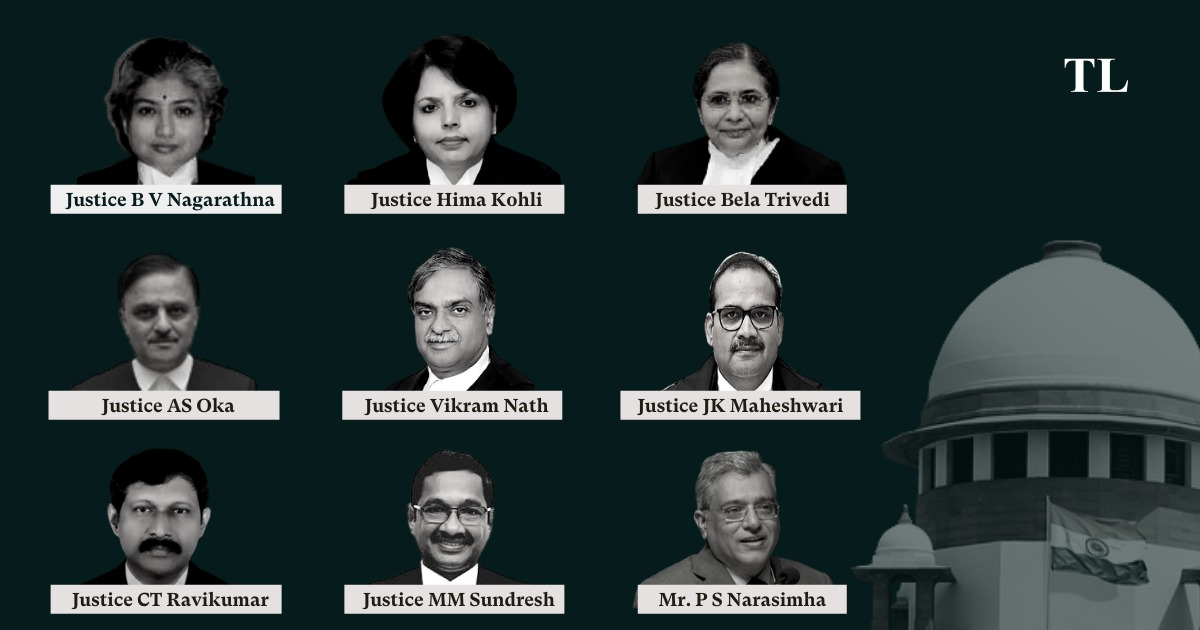 The new appointees are:

Justices Vikram Nath, BV Nagarathna and PS Narishma will be in line to become the Chief Justice of India from 2027 onwards.

Justice Nagarathna will be the first woman CJI to be appointed in 2027 if the rule of seniority continues to be followed.

Centre issues notification appointing Justice AS Oka as the judge of the Supreme Court. pic.twitter.com/d6gwyYfifU

The Supreme Court Collegium comprising CJI NV Ramana and Justices UU Lalit, AM Khanwilker, DY Chandrachud, and L Nageswara Rao made the recommendations for the appointment of nine judges on August 18. The appointments to the apex court had been frozen since August 28, 2019.

Also Read: After a long hiatus, SC recommends 8 judges, one lawyer for elevation to top court; three women judges in the mix