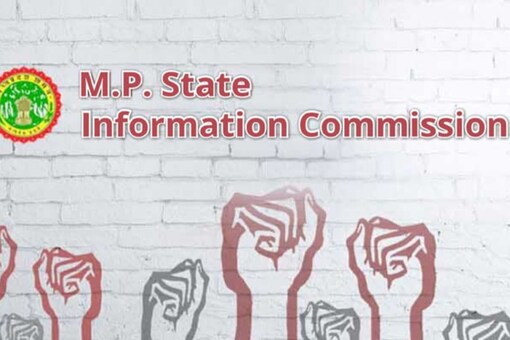 IRKED with the continued non-compliance of orders passed over a period of two years, the Madhya Pradesh (MP) State Information Commissioner Rahul Singh on September 20 issued an arrest warrant against Dr Vikram Singh Verma, the Chief Medical and Health Officer (CMHO) of Burhanpur district. Singh has also slapped a show cause notice for disciplinary action on Akash Tripathi, the Commissioner of the Directorate of Health Services of MP, and summoned him for a personal appearance for showing blatant disregard for the orders of State Information Commission (SIC).

In an RTI Appeal case, it was found that the CMHO, who is the Public Information Officer (PIO), showed continued and flagrant indifference to the SIC’s successive orders, failing to comply with any of them. Following this, the SIC imposed a penalty of Rs 25,000 against the CMHO.

But the Saga of non-compliance continued. The Controlling officer of the PIO, the Commissioner of the Health Directorate, also turned a blind eye to several orders issued by the SIC, first to secure the CMHO’s appearance before the SIC, and later, for recovery of the penalty amount.

Singh, in his orders, said that the SIC has been compelled to exercise powers as are vested in a civil court while trying a suit under the Code of Civil Procedure, 1908 by virtue of Section 18(3)(f) of the Right to Information Act, 2005 read with Rule 8(6)(ii) of the MP RTI (Fees and Appeal) Rules, 2005.

Also read: Why High Courts Should be Slow to Stay Information Commission Orders

Information delayed for over four years

Also read: We Must Fight for Right To Information

Aggrieved with the non-compliance of the FAO’s order, Sonwane filed a second appeal with the SIC on March 22, 2018. The SIC, while hearing the case, issued seven separate summons to Dr Verma between October 2019 and February 2021. However, without providing any justifiable reasons or lawful excuse, he failed to attend any proceedings or produce any document in compliance with the summons.

The SIC had directed the Health Commissioner to ensure the appearance of the PIO, which the former failed to do, in violation of Rule 8(4) of the MP RTI (Fees & Appeal) Rules which says the the Commission’s orders are final and binding.

Incredibly, all these orders and directions over two years failed to ensure the appearance of the PIO and recovery of the penalty amount.

Information Commissioner Singh in his order said that the “conduct and demeanor of the PIO and the Commissioner clearly reflects apathetic disregard of the law passed by the Parliament for creating transparent and accountable governance.” He added:

“It is disheartening and disappointing to see Officers, who are responsible and obligated to citizens under the RTI Act, are actively neglecting, violating, and obstructing the operation of the RTI Act, which is part of the Fundamental Right to Freedom of Speech & Expression under Article 19(1) of the Constitution of India.

What RTI Act and Rules say about the violations

According to Singh, once the PIO violates Section 7(1) of the RTI Act, by not providing information within 30 days of the RTI application, a penalty of Rs 250 per day, not exceeding maximum penalty of Rs 25000, is to be imposed on the guilty PIO under Section 20 of the Act. The PIO is expected to deposit the amount with the SIC within one month.

Section 19(8)(a) of the RTI Act says the Commission has the power required by a public authority to take any such steps as may be necessary to secure compliance with the provisions of the Act. Additionally, both Section 19(7) of the Act and Rule 8(4) of the Rules state that an order of the SIC shall be binding on the concerned officer.

Information Commissioner Singh issued an arrest warrant under Order XVI, Rule 16 of the Civil Procedure Code and Section 18(3) of the RTI Act. The warrant directed the Deputy Inspector General (DIG), Indore Division to execute the warrant to secure personal attendance of Dr Verma before the SIC at 12 noon on October 5, 2021.

Singh has also directed the Health Commissioner to ensure recovery of the penalty, and initiate disciplinary action against Dr Verma within 15 days of the receipt of SIC order.