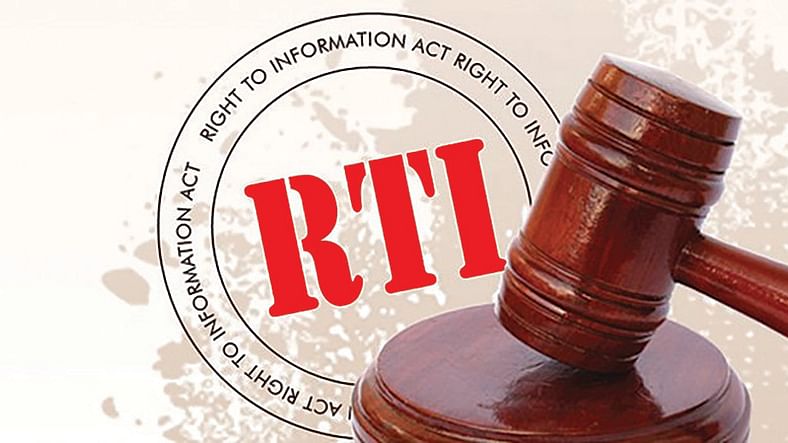 Why High Courts Should be Slow to Stay Information Commission Orders

High courts should exercise their writ jurisdiction under Article 226 cautiously when orders passed by information commissions are challenged before them, write SHAILESH GANDHI AND RHYTHM BUARIA. This would be in the interest of citizens, whose right to freedom of information is guaranteed by Article 19.

ACCORDING to Section 23 of the Right to Information (RTI) Act, 2003, “No court shall entertain any suit, application or other proceedings in respect of any order made under this act and no such order shall be called in question otherwise than by way of an appeal under this act.” The act provides for an appellate mechanism, under which the final appeal lies before the State Information Commissions (SIC) or Central Information Commissions (CIC). The decision of either commission is binding, as per Section 19(7) of the RTI Act.

As is well known, decisions passed by SICs and the CIC are frequently challenged before the high courts under Article 226 of the Constitution. The high courts are also quick to stay these orders, primarily because unless a stay is granted, the orders would have to be given effect, and that would defeat the final relief being sought in the challenge. In most cases, the challenges usually seek the quashing of the order passed by the SICs or the CIC.

Unfortunately, often, the stay orders passed by high courts do not provide any reasons for doing so. When a high court passes such an order ex parte, it may state that parties are free to seek modification or vacation of its order. However, in Indian litigation system, it is almost impossible to seek modification or vacation without a considerable expense of time and money.

The Supreme Court of India, in Delhi Development Authority v. Skipper Construction Co (P) Ltd made adverse observations on the mechanical manner in which stay orders are granted.

High courts must resist the temptation to exercise their writ jurisdiction in order to correct errors made by the SICs or CIC. If a high court quashes a CIC or SIC order, it must categorically find the order was without jurisdiction or palpably erroneous.

“It is no answer to say that ‘let us make the order and if the other side is aggrieved, let it come and apply for vacating it’. With respect, this is not the correct attitude. Before making the order, the court must be satisfied that it is a case which calls for such an order,” the Supreme Court said.

Generally, a writ petition challenging an order passed by a statutory authority (including the SICs or the CIC), claims the final relief of quashing the order by a writ of certiorari, or a direction or order of similar nature. A stay can also be sought as interim relief. If a penalty has been imposed, a stay is sought to the extent of [not] recovering this amount from the officer penalised.

Now, there can be no quarrel that section 23 of the RTI Act does not bar the jurisdiction of the High Courts under Article 226. However, judicial review under Art. 226 is directed against the decision-making process, and not the decision itself. Therefore, there arises a question of exercising discretion. It is settled law that the writ of certiorari is a discretionary writ. The narrow compass within which a court may grant the writ of certiorari has been discussed in various judgments of the Supreme Court and high courts.

In TC Basappa v. T Nagappa the Supreme Court described the two essential features of the writ of certiorari as:

In other words, high courts can issue a writ of certiorari quashing an order of SICs or the CIC only on these limited grounds. Generally, the high courts should be loath to appreciate evidence and thereby interfere with the order, and substitute their own views for the views of the authority.

The Supreme Court has said that short notices should be issued in cases where stay orders are granted. In matters in which injunctions are granted or prayed for, there should not be undue delay.

The Bombay High Court, in SKIL Infrastructure Limited v. The State Information Commissioner, after referring to Supreme Court’s decision in Surya Dev Rai v. Ram Chander Rai, refused to exercise its writ jurisdiction to interfere with the order passed by the SIC since it felt that the order being challenged was not grossly erroneous, nor without jurisdiction nor exceeding its jurisdiction. The court also observed that the SIC had applied its mind to the contentions before it, and therefore no ground for interference was made out.

Since this is the legal position, therefore, the high courts must resist the temptation to exercise their writ jurisdiction in order to correct errors made by the SICs or CIC, if the errors are formal or technical, such as errors in appreciating evidence. In all cases in which a high court finally quashes an order, it is imperative that it categorically finds that the order was passed without jurisdiction or that it was palpably erroneous. When it comes to high courts passing interim orders, though it is not necessary to give detailed reasons, the Supreme Court has held that it is desirable that some reasons may be given so as to ascertain what weighed with the high court while granting interim relief.

There are several reasons for this:

Stay orders that do not give reasons contradict the rule of law, which is the edifice of our Constitution. Therefore, any judicial order granting relief, whether interim or final, should record the reasons for it. An order without reasons gives the impression that justice is being dispensed in an arbitrary manner. Moreover, an order without reasons would be contrary to the Right to Freedom of Information enshrined under Article 19.

Citizens’ right to freedom of information takes the back-seat when their cases get embroiled in judicial procedures. There is also an urgent need to deal with parties who obtain stay orders and benefit from them for long periods of time.

There is also an urgent need to deal with parties who obtain stay orders and benefit from them for long periods of time. The courts are turned into accomplices in such situations, primarily due to the over-full dockets which they are unable to manage.

Consequently, parties who have obtained stay orders take every opportunity to delay proceedings by employing obstructive tactics. The Supreme Court, in Ramrameshwari Devi v. Nirmala Devi—albeit in the context of civil matters—suggested steps to ensure speedier disposal of matters. The court said short notices be issued in cases where stay orders are granted, while matters in which injunctions are granted or prayed for should be decided without undue delay.

These steps can, and should, be adopted in writ proceedings. This will ensure that orders of statutory authorities are given effect to as soon as possible. In cases where orders are quashed, it is hoped, the law will be clarified. This will benefit all stakeholders.

The biggest victims of the delay caused by writ proceedings that challenge the orders of the SICs and the CIC are those who have the right to access information. Their right takes the back-seat when their cases get embroiled in judicial procedures, and this is an encroachment on citizen’s fundamental right to information.

(Shailesh Gandhi is a former Central Information Commissioner and a leading RTI activist. Rhythm Buaria is an advocate primarily practicing in the Delhi High Court. The views are personal.)