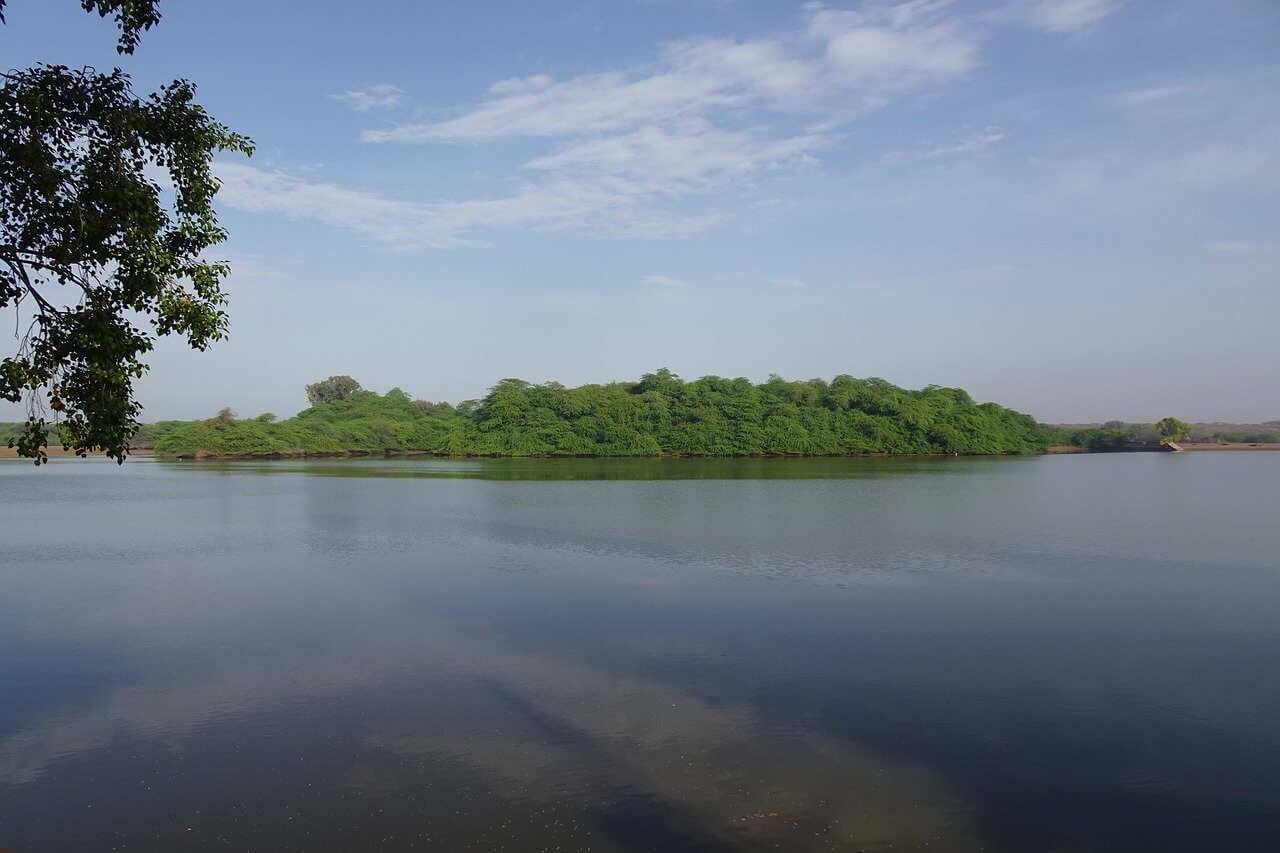 India has reason to celebrate the increase in its Ramsar sites, but it is not enough to conserve its existing wetlands

As India celebrates an increase in its total number of Ramsar sites to 75, this brings into sharp relief the deteriorating state of natural wetlands across the country, especially in urban areas.

Why were wetlands in the news recently?

EVERYONE is careful about consuming clean and pure water to protect their kidneys from malfunctioning. But what about the earth’s kidneys, the wetlands? According to the Press Information Bureau, on August 13, India added eleven new wetlands to its Ramsar sites, bringing the total number of Ramsar sites to 75, spanning an area of 12,26,677 acres. Among the eleven new locations are four in Tamil Nadu, three in Odisha, two in Jammu and Kashmir, and one each in Madhya Pradesh and Maharashtra.

The designation of these locations as Ramsar sites will aid in the protection, management, and smart use of wetland resources.

What are Ramsar sites and why India should be concerned?

In 1971, the first meeting for wetland conservation concluded at Ramsar, a city in Iran. Almost one decade after its inception, India registered the Chilika Lake in Odisha and the Keoladeo National Park in Rajasthan as Ramsar sites in 1981.

However, India is also at the forefront of wetland conservation efforts; nearly 10 per cent of the country’s total wetland area has now been designated as Ramsar sites. This puts India at the top of the South Asian countries.

What is the criteria to get any site designated as Ramsar site?

Designating any site as a Ramsar site is not an individual’s effort. Instead, here, the importance of the landscape comes into play. Some mandatory criteria must be fulfilled to get the designated status. For instance, the wetland should contain a representative, unusual, or unique natural or near-natural wetland form that occurs in the appropriate biogeographic area; it should regularly support 20,000 or more waterfowl individuals or regularly support one per cent of the individuals in a population of a single species or subspecies of waterfowl; the targeted wetland may protect fragile, endangered, or severely endangered species or natural communities, among others.

The Ramsar Convention uses a broad definition of wetlands. It includes all lakes and rivers, underground aquifers, swamps and marshes, wet grasslands, peatlands, oases, estuaries, deltas, tidal flats, coral reefs, and all human-made sites such as fish ponds, rice paddies, reservoirs, and salt pans. Under the “three pillars” of the Convention, the contracting parties commit to working towards the wise use of all their wetlands; designating suitable wetlands for the list of Wetlands of International Importance (the “Ramsar List”), and ensuring their effective management; cooperating internationally on transboundary wetlands, shared wetland systems, and shared species.

There is also a Montreux Record mechanism, which is a register of wetland sites on the Ramsar List of internationally significant wetlands, where changes in ecological character have occurred, are occurring, or are expected to occur as a result of technological advances, pollution, or other human influence. It is a volunteer initiative that draws attention to select wetlands of global significance that are facing immediate dangers. It is still on the Ramsar List of globally significant wetlands. It is based on the 1990 Conference of Contracting Parties recommendation 4.8. Keoladeo National Park in Rajasthan and Loktak Lake in Manipur are two Indian places on the Montreaux Record.

India has lost almost 30 per cent of its natural wetlands over three decades, mainly because of unsustainable urbanization, agricultural expansion, illegal construction and pollution.

Obtaining Ramsar status calls for national and international efforts to conserve wetlands, and make wise, sustainable use of their resources. Overall, getting this status is a win-win situation for any country, but here the central question arises: What is the current status of other Indian wetlands? Are we focusing on them?

Why is the current situation of wetlands in India a cause for concern?

The Union Ministry of Environment, Forest and Climate Change has notified the Wetlands (Conservation and Management) Rules, 2017 which define wetlands in India as “areas of marsh, fen, peatland, or water; whether natural or artificial, permanent or temporary, with water that is static or flowing, fresh, brackish, or salt, including areas of marine water the depth of which at low tide does not exceed six metres, but does not include river channels, paddy fields, man-made water bodies/tanks.”

According to an estimate by the non-governmental organisation Wetlands International South Asia (‘WISA’), India has lost almost 30 per cent of its natural wetlands over three decades, mainly because of unsustainable urbanization, agricultural expansion, illegal construction and pollution. Furthermore, WISA data shows a more alarming situation for our urban ecosystem. Almost 90 per cent of Chennai’s wetlands are lost, mostly because of unplanned urbanization. Vadodara lost 30.5 per cent of its wetlands between 2005 and 2018. Due to inadequate waste management, growing pollution, and unregulated urban growth, Hyderabad lost 55 per cent of its wetlands. Even megacities like Mumbai have lost 71 per cent of their wetlands, while Ahmedabad has lost 57 per cent, Bengaluru 56 per cent, Pune 37 per cent, and Delhi-National Capital Region 38 per cent, leaving the cities with the challenge of dealing with water security and environmental deterioration.

Manju Pandey, the then Joint Secretary of the Union Environment Ministry, said during the 14th Conference of Parties of the United Nations Convention to Combat Desertification that over 100 wetlands around the nation are under pollution stress and tourism pressure.

While we celebrate the doubling of our Ramsar sites since 2010, it must not be forgotten that the situation is getting worse as far as wetland conservation is concerned as a whole; this is the right time to wake up and conserve our wetlands.

Why are wetlands important?

Wetlands have several advantages. They are critical ecosystem activities and services. They provide multiple services like water storage, groundwater recharge, carbon sequestration, coastal stability, soil erosion control, and multiple organic and inorganic nutrients. For this reason, India’s role in the Central Asian Flyway is very significant. Multiple bird species from Central Asia and Siberia migrate to milder tropical regions such as India and the equatorial regions to avoid the harsh winters in their breeding areas.

During the winter, these migratory birds use India’s wetlands as feeding and resting areas. Keeping all this in mind, the need of the hour is to correctly identify, encourage public participation, and punish the culprits as per the laws in a time-bound manner. From 2006 to 2011, the Indian Space Research Organization carried out the National Wetland Inventory and Assessment using remote sensing satellites, mapping over two lakh wetlands in India.

What policy measures can be followed to better conserve wetlands?

The states have made little effort to identify wetlands. As per The Wetlands (Conservation and Management) Rules, 2017, all states must establish a wetlands authority comprised of ministers, officials, and specialists. The authority would develop a list of activities that would be permitted, controlled, or forbidden inside wetlands and their zones of impact, and specify conservation methods and sensible wetlands usage.

Furthermore, experts in wetland ecology, hydrology, fisheries, landscape planning, and socioeconomics were expected to be appointed by these authorities.  Although all states and union territories have indeed set up wetlands authorities, information about their recent efforts in wetland conservation is not available in the public domain.  Pandey had indicated that states had been asked to prepare integrated management plan indicating “where exactly the wetland is, what are its characteristics”.  “We are mostly unaware of the size and location of the wetlands. So we have asked the states to prepare documents in this regard so that we can work for wetlands in the next five years”, she has been reported as saying.

Perhaps, it is time to show strong cooperative federalism to make the Union Government’s plan on wetlands a reality. Here, we can follow the American system of wetland management. In the U.S., they adhere to the no-net-loss policy. This means that no wetland, no matter how small, should be lost: it must be compensated for elsewhere. Every plant associated with America’s wetlands is listed, and the boundaries of wetlands are determined based on this. The lists are easily accessible, and include a legal definition of wetlands. As a result, the wetlands have been listed, identified, and protected.