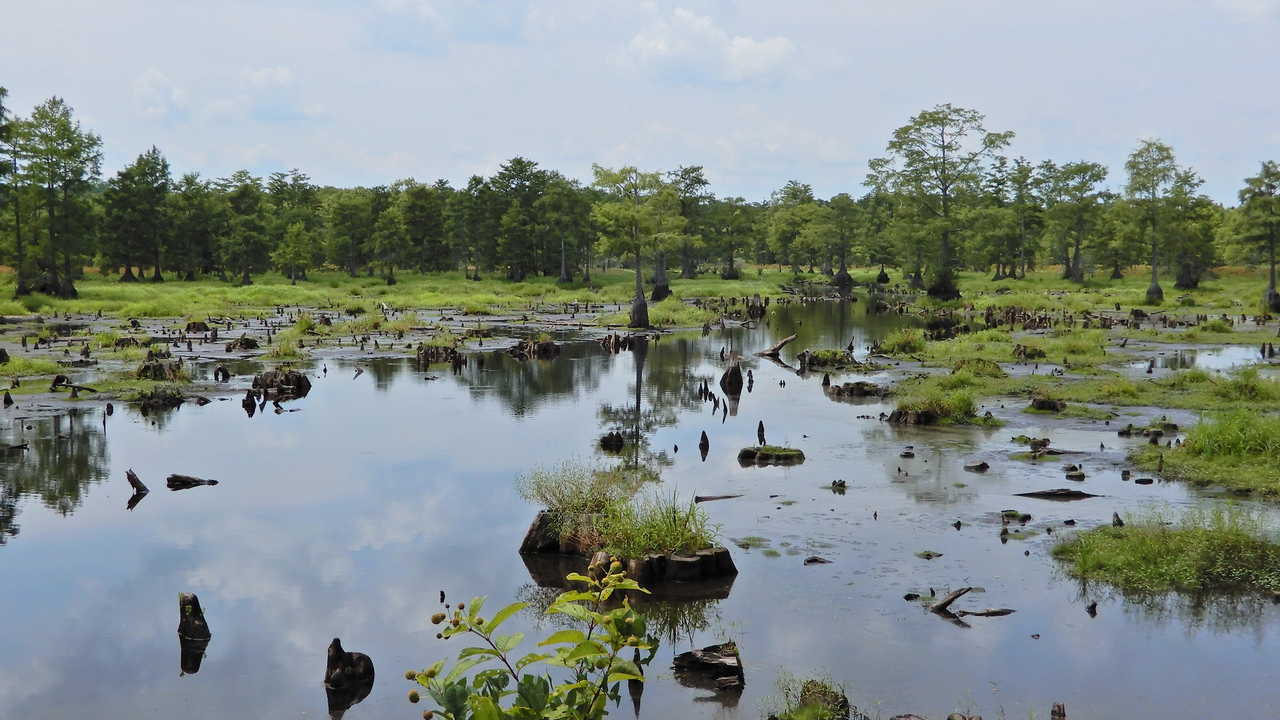 Even after 20 months, the government has not acted upon the NGT’s orders. The government is also encroaching the wetlands.

IN rural areas where the government was supposed to undertake waste management under the Swachh Bharat Mission – Gramin [SBM-G] programme, we see not even a single project in operation across more than 5,000 gram panchayats in Jammu and Kashmir [J&K]. In a reply to an application under the Right to Information Act, the District Panchayat Officer, Budgam informed this writer earlier this year that not even a single project on waste management has been executed in the entire district, which has 296 panchayats. In spite of the fact that a detailed project report for 17 panchayats was submitted to the Deputy Commissioner some years back and two projects were approved as well at Galwanpora and Sheikhpora, the work was not taken up. If there were some hindrances in these two villages, why could the district administration not explore other areas of the district?

With the aim to clear Kashmir’s prominent wetlands such as Wullar and Hokersar from solid and liquid waste, a detailed order was passed by the Principal Bench of National Green Tribunal [NGT] in August 2020 in response to an application moved by this writer.

The tribunal directed the J&K government to utilize the money available under SBM-G to undertake waste management in rural areas of Budgam district , especially those which are located around the Hokersar wetland. This writer, as applicant, had suggested to the NGT the utilization of money available under the Open Defecation Free-Plus programme of SBM-G wherein solid and liquid waste is to be managed at the panchayat level, and money is allocated by the Union Government through the Ministry of Drinking Water and Sanitation.

The District Panchayat Officer, Budgam informed this writer earlier this year that not even a single project on waste management has been executed in the entire district, which has 296 panchayats. In spite of the fact that a detailed project report for 17 panchayats was submitted to Deputy Commissioner some years back and two projects were approved as well at Galwanpora and Sheikhpora, the work was not taken up. If there were some hindrances in these two villages, why could the district administration not explore other areas of the district?

The Divisional Commissioner, Kashmir was directed to consider my suggestions regarding utilizing funds available under SBM-G so that solid waste management could be taken up in Kashmir’s wetlands on a regular basis. The NGT’s order further said that suggestions be duly considered and acted upon to the extent found viable.

It has now been more than 20 months since that order was passed, but not even a single rupee under SBM-G has been spent on the ground.

Also read: Why Are Kashmir Wetlands Drowning in Waste?

In fact, J&K Chief Secretary Dr A.K. Mehta was directed to appear in person before NGT in an order passed by its Principal Bench in July 2021, and Dr Mehta appeared before the NGT in November 2021.

Mehta assured the tribunal that the execution of action plans will be overseen on a regular basis by him, along with the Commissioner Secretary, Department of Environment and Forest, J&K Government. The NGT also directed the Chief Secretary to consider the suggestions of this author (applicant in the case) to involve local preachers, NGOs, theatre groups and religious leaders in creating awareness on conservation of Kashmir’s wetlands, particularly Hokersar, Wullar and Kreentchoo Chandhara wetland reserves. It has been more than five months since this order was passed, but the government has not acted in spite of the personal appearance of the Chief Secretary.

Once known as the ‘Queen of Wetlands’, Hokersar is on its deathbed as this wetland, spread around a large part of Srinagar and Budgam districts, continues to be encroached and choked with solid and liquid waste.

Hokersar is the abode of thousands of migratory birds who come all the way from Siberia, Eastern Europe and several central Asian countries to Kashmir during winters. Experts say that due to shrinking of the Kashmir’s wetlands, including Hokersar, less number of birds have been seen in Kashmir in the last few years. Not only have many local residents encroached the Hokersar wetland, which is a Ramsar site, but even government authorities are also responsible for its encroachment.

The J&K government has allotted land near Hokersar wetland reserve for construction of a government degree college at Soibugh. The J&K Projects Construction Corporation [JKPCC], a public sector undertaking under the J&K Government, has started earth-filling the wetland area. The Department of Wildlife Protection tried to stop this encroachment by the government, but it has failed as the Budgaum District Administration is not at all cooperating with it, and has in fact allotted the said wetland area for construction of the degree College. The Range Officer, Lakes, Hokersar, Srinagar from the Wildlife Protection department, in his letter dated April 25, 2022, alerted the Wildlife Warden, Wetland Division, Kashmir and sought his intervention, but the officer seemed helpless as earth filling was not at all being controlled. Neither the district administration nor the police are cooperating with the Wildlife Department.

The letter of the Range Officer reads

“As per your instructions, the undersigned along with a party of staff has visited the site located alongside Soibugh Road alongside Beat 3 (Geo-coordinates 34° 04’844’’ N 74° 42’815’E) where construction/earth filling is ongoing. Upon initial inquiry, it has been revealed that a degree college will be constructed at the site, and the project has been taken up by JKPCC. As the site is close to Hokersar and will seriously affect the water regime of the wetland such mega projects will greatly affect the wetland ecology and birds that migrate through Hokersar each year.”

Srinagar based Environmental Policy Group [EPG] has shown concern over the encroachment of Hokersar by government institutions. EPG Convener Faiz Bakshi, in a statement, said “Hokersar was being fragmented into plots by land mafia and now a degree college was being constructed on the wetland near Soibug village at Beat No. 3”.

Pertinently, on March 8 this year, the NGT imposed a penalty of three crore rupees on erring officers of the J&K government and polluters for not taking steps to control pollution and illegal mining in Doodh Ganga, which is prominent waterbody (stream) flowing through Srinagar and Budgam.

It has been more than five months since the NGT’s order was passed, but the government has not acted in spite of the personal appearance of the Chief Secretary.

This writer had filed the application before the NGT to ensure scientific waste management and setting up of sewerage treatment plants around Doodh Ganga. The Srinagar Municipal Corporation (SMC) has upgraded its 13 pumping stations, which pump out huge amounts of untreated water into Doodh Ganga, in clear violation of the Water (Prevention and Control of Pollution) Act, 1974.

The NGT order said that the State was held liable to pay an interim compensation of one crore rupees each under all the three heads (solid waste, liquid waste, and illegal mining) which was to be deposited in a separate account of the Deputy Commissioner, Budgam, and to be utilised for the restoration of the environment. In spite of such a huge penalty on erring government officers, the construction work on illegal water pumping stations is going on with full pace and not a single sewerage treatment plant has been constructed on Doodh Ganga.

Ironically the highly polluted Doodh Ganga water enters the Hokersar wetland after crossing Srinagar’s Barzulla and Tengpora areas. This untreated and polluted water poses a great threat to the wetland ecosystem, particularly the flora and fauna in the area.

The Union Ministry of Environment, Forests and Climate Change notified the Wetland (Conservation and Management) Rules, 2017 to prohibit a range of activities in wetlands. The rules prohibit activities like conversion of wetland for non-wetland uses including encroachment of any kind, setting up and expansion of industries, waste dumping and discharge of untreated wastes and effluents from industries, cities, towns, villages and other human settlements.

In spite of such a huge penalty on erring government officers, the construction work on illegal water pumping stations is going on with full pace and not a single sewerage treatment plant has been constructed on Doodh Ganga.

All this is being done openly in Kashmir and the government is collaborating in these illegal acts. The J&K State Wetlands Authority, which was constituted on November 25, 2020, is headed by the union territory’s Chief Secretary with 17 other members (all government officials). This authority seems utterly unaware of what is happening to our wetlands.