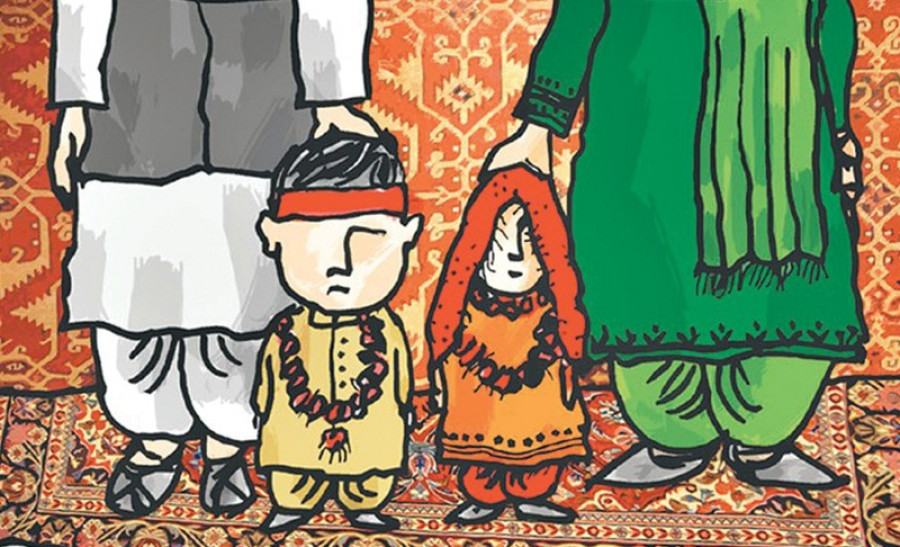 How justified was the outrage against the Rajasthan Compulsory Registration of Marriages (Amendment) Bill?

The recent Rajasthan Compulsory Registration of Marriages (Amendment) Bill, 2021 has been a conduit of social outrage and uproar. NIHARIKA RAVI examines whether this has been justified in light of the approach of international law and conventions to the compulsory registration of child marriages.

RIGHTS groups and civil society members were outraged when the Rajasthan Compulsory Registration of Marriages (Amendment) Bill, 2021 was passed by the Rajasthan legislative assembly in September. Laden with controversy, the Bill was recently withdrawn, while Chief Minister Ashok Gehlot committed to requesting the Governor to return the Bill.

The bone of contention was Section 4 of the Amendment Bill which sought to amend Section 8 of the Principal Act – the Rajasthan Compulsory Registration of Marriages Act, 2009. Section 8(1) of the principle act was proposed to be substituted to provide that the parents or guardians of the bride and bridegroom, in cases where the former has not attained the age of 18 and/or the latter has not attained the age of 21, shall be liable to submit a memorandum to the Registrar of the relevant jurisdiction within 30 days of the solemnization of the marriage. Memorandum is defined as “Memorandum for Registration of Marriage” in the Act.

What were the issues with the Amendment Bill?

This amendment bill raised a few fundamental questions for rights groups who insist that registration of child marriages and provision of marriage certificate for the same would legitimise these immoral unions.

Child marriages are not illegal, per se, in India. They remain voidable, and not void, under the Prohibition of Child Marriage Act, 2006 a provision that is said to protect a woman’s access to the marital home and marital property, and to ensure the legitimacy of a child born of such a union. Child marriages are, hence, only illegal when an accompanying crime like kidnapping, forced marriage, or human trafficking is committed as well.

The Rajasthan government had argued that the amendment was a technical one that would bring the age in line with the Central Act, and that registration shall help the government to reach out to the victims and would also aid in quickening the process to annulling the child marriage.

Here, critics have claimed that child marriages shall remain difficult to annul as they are conducted away from public eye and that courts, earlier, have cited the lack of marriage certificate as a reason to annul the marriage which no longer will be possible with this amendment.

It is important to note that the same section contained a provision for registration of marriages where parties are younger than 18 years of age before the proposed amendment, and critics seem to vie for the same to be completely abolished.

Multiple international conventions and scholarly works from international organisations have promoted the registration of child marriages. A 2016 publication from the World Bank Group titled “The Role of Identification in Ending Child Marriage” talks about how the achievement of legal identity for all, including birth, death, and marriage registration, is the key to ending child marriage. It cites the United Nations (UN) Economic and Social Council’s Commission on the Status of Women’s Resolution 51/3 of 2007 on the forced marriage of the girl child which “urges States to adopt and enforce requirements for registration of birth and marriage with the aim of definitely determining age at the time of marriage.”

Similarly, the UN Children’s Fund and the UN Population Fund, as recently as in November 2020, released a technical note called “Child Marriage and the Law: Technical Note for the Global Programme to End Child Marriage” which advocated for and reiterated multiple times the need for registration of child marriages. In a section on key components of a comprehensive legislative approach to child marriage, the note advised making civil registration mandatory through a system to register all marriages – civil, religious, and customary- as a means to track the age of marriage. The data collected thereof was directed to be used to monitor and facilitate enforcement of the minimum marriage age standard among other uses.

The note observed that proving the age of a girl where birth and marriage registration is weak is a major challenge in combatting child marriage, and hence promoted registration of all births and marriages irrespective of age.

The UN Human Rights Office’s Convention on Consent to Marriage, Minimum Age for Marriage and Registration of Marriage seeks commitment from all States that they shall take all appropriate measures in “establishing a civil or other register in which all marriages will be recorded.” Article 3 of the Convention states that, “All marriages shall be registered in an appropriate official register by the competent authority,” and makes no exceptions for child marriages.

Notably, compulsory registration of marriage provisions already exist in other states like Karnataka and Maharashtra.

The 2030 Agenda for Sustainable Development Goals (SDGs), and SDG 5 in particular, sets a series of ambitious targets, including the elimination of all harmful practices such as child, early, and forced marriages.

India is home to 223 million girls and women who were married as children, accounting for a third of the world’s child brides. 223 million women, their rights, and their physical and psychological health remain persistently at stake as domestic and international jurisprudence lock horns in an bitter combat as seen in the context of the Bill.

The discourse on forced child marriage, however, must not remain limited to the plight of the underage women involved, for such marriages presumably impose much pressure on underage men to behave in certain socially ordained ways, promoting toxic masculinity that inevitably contributes to a rise in violence against women in a vicious cycle.

Child marriage causes hindrance to the development of all parties involved, and by extension, of international society at large. The construction of child marriage as a global problem is a given, and the combatting of it on a global scale is a desideratum.

It is essential, hence, keeping in mind the generations of stakeholders to come, that we take legislative steps towards curbing child marriages on the domestic level while being conscious of the plethora of studies conducted by international organisations and the recommendations made in international law. These data-driven studies, which have reiterated the need to register all marriages time and again to meet the goal of eradicating child marriages, may be taking the step to partly legitimise these marriages now in order to completely overpower the social structure in the years to come. Perhaps, it is time we take the chance to tryst with such a visionary approach to eradicating child marriage.