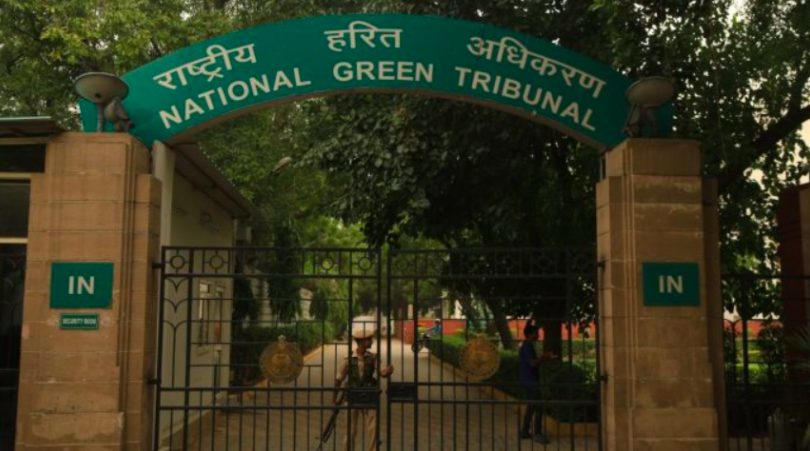 Has Haryana Overstepped its Mandate in Giving Green Clearance to Housing Projects in Shivaliks?

New Delhi: Did the Haryana government commit oversight in granting green clearance to a residential real estate project despite its location in close proximity to two wildlife sanctuaries? The state government is yet to take any action on the alleged blunder despite three notices by the National Green Tribunal (NGT).

The housing project – Amarnath Enclave – is located at a distance of 3.9 km from the Bir Shikargarh Wildlife Sanctuary and 1.6 km from the Khol-Hi-Raitan Wildlife Sanctuary, which are protected areas under India’s Wildlife (Protection) Act, 1972, in the Shivaliks in Panchkula district. It has been alleged that the developer of the housing project deliberately concealed this information while seeking Environmental Clearance.

The website of the developer mentions the project as a mix of high-rise apartments and independent plotted areas. Environmental Clearance for the project was accorded in March 2010 by the then Bhupinder Hooda-led Congress government in Haryana. The developer though had been apprised, through a letter from the local Divisional Forest Office in November 2009, that the project would require approval of the central government because it was located within a 10-km radius of two wildlife sanctuaries.

In accordance with the Environment Impact Assessment (EIA) Notification, 2006, a project like a housing society of this magnitude, would require green clearance from the central government if located wholly or partly within a 10-km radius from the boundary of an area that is notified as “protected” under the Wildlife (Protection) Act, 1972. The 2006 Notification also makes green clearance from the central government mandatory if the project is located within the notified eco-sensitive zone of any protected area.

The eco-sensitive zone of Bir Shikargarh Wildlife Sanctuary – an area within a radius varying between zero and 1.2 kms at various points around the sanctuary – was notified later by the Modi government in June 2015. This notification prohibited any new construction activities within the eco-sensitive zone except those meant for the domestic needs of local residents.

By then, however, the union government had, in March 2011, notified certain guidelines making it mandatory to obtain a clearance from the National Board of Wildlife (NBWL) too for any project that fell within the eco-sensitive zone of a protected area or within 10-km radius of it if its eco-sensitive zone had not been delineated.

The NBWL, which was restructured in an allegedly compromised manner by the Modi government a few months after it assumed power at the centre, examined the project in a meeting held in April 2015. But surprisingly, NBWL approved the project, albeit with certain proposed mitigative measures, after a team that had conducted a site inspection suggested that it would “not be worthwhile” to restrict it because ecological integrity of the landscape was already compromised by unplanned developmental activities.

“ … the location of the project is a wide valley Ghaggar river in the Shivaliks between two sanctuaries namely Bir Shikargarh and Sukhna and a number of construction and development activities were already existing in the area. Some constructions were noticed even on the river bed. These unplanned human habitations growths with other related infrastructure have already severely compromised the ecological integrity of this landscape,” the inspection committee’s head had told the NBWL.

Interestingly, the developer now advertises the project on its website as “the most luxurious township on the semi-hills of Shivalik”. The website further says: “How would you like a home in the lap of the Shivalik? Cool breeze blowing all day round and a small stream nearby. A home nestled in the heart of the hills a wonderful idea.”

The developer – Panchkula-based Amarnath Aggarwal Group – was contacted on behalf of NewsClick asking it to respond to allegations of environmental violations. The company’s director, Hargobind Goyal, recused himself from making any comments citing that the matter is under NGT adjudication at present.

Residents of Amarnath Enclave, who have moved into residential units already handed over to them, dragged the developer to court when they sniffed illegalities in the manner in which construction activities were continuing in the project. In a writ petition filed in the High Court of Punjab & Haryana, residents alleged that living conditions in the township had degraded due to a spike in population density resulting from repeated revisions made by the developer to the project outlay map. A ban on further construction was sought from the high court. But the high court imposed a ban when residents brought to its notice in October 2020 that the project’s Environmental Clearance had expired in March 2017. On October 28, 2020, a division bench of the high court comprising Justice SN Satyanarayana and Archana Puri issued a stay order on all construction activities in the project till necessary clearances were not obtained.

However, in January 2021, the developer asked the court to vacate the stay order claiming that it had now obtained an Environmental Clearance from the Haryana government. The State Environment Impact Assessment Authority (SEIAA) of Haryana added another three years to the Environmental Clearance, which it had issued in March 2010, through a letter issued on January 5, 2021. The project proponent told Haryana SEIAA that no construction activities took place after the clearance expired in March 2017, a claim which has been vehemently opposed by residents of the housing project.

In an order issued on March 25, the Principal Bench of the tribunal in New Delhi asked the Haryana government to examine the issue within a deadline of one month. “ … it will be appropriate that the matter is examined by a joint Committee of the SEIAA, Haryana and the Chief Wildlife Warden, Haryana within one month and such further action may be taken as may be found necessary, following due process of law,” said the bench in its order.

When contacted, Ram Swaroop Verma, the Director of Haryana’s Environment & Climate Change Department, said that a report has already been compiled by the committee. “The report is at present being examined by senior officials of the department. It will be finalised within the next few days,” Verma told NewsClick.