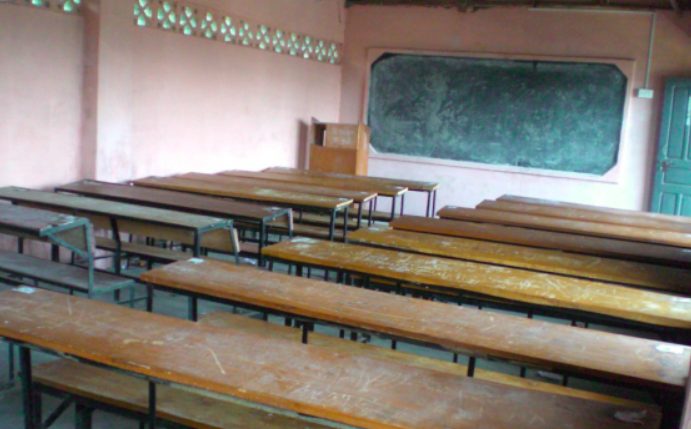 The Punjab and Haryana High Court, late Tuesday evening stayed the operation of a directive by Department of School Education, Government of Haryana asking district officers to allow admission of students without school leaving certificates in wake of the pandemic.

Appearing before the court, the petitioner, Pankaj Maini, on behalf of Sarv Haryana Private School Trust, had contended that the order to admit students without SLCs was in contravention of Rule 136(5) and 139(1) of Haryana Education Rules, 2003. The court has listed the matter for hearing on August 28.

Haryana reportedly saw 12.5 lakh students moving out of private school education during the pandemic. While a majority are said to have dropped out, some have moved to government schools where the cost of education is much cheaper. Experts maintain that the huge drop-out should be seen as a direct fallout of the crumbling rural economy.

In a clarification issued on the matter by the state school education department had asked district officers earlier this month that ”as many as 12.51 lakh students, who used to study in private schools, has not been updated on MIS (management information system). You are directed to hold meetings with heads/managements of private schools to get updated the data of these 12.51 lakh students so that the apprehensions of their dropping out can be minimised.”

Krishna Kumar, President, Haryana Vidyalaya Adhyapak Sangh, told NewsClick that there were several reasons that could have forced the students to drop out from private schools, one of the prime reasons being the complete collapse of the rural economy.

“In the rural economy, there are many sahayak or auxiliary works that are often done by landless people. For example, tending animals or working in shops etc. We are seeing a complete halt of these activities, which effectively means that there are no jobs. So, the students from these families have completely dropped out from schools. Some families, whose incomes have reduced significantly, are in a ‘wait and watch’ situation if they can get any relief in fee. However, the reality is that fees are piling up over the months. The net result is that education simply is done and dusted for these children,” he said.

Kumar said the “sad part” was that the people were being compelled to do anything to earn some income. “I noticed a family who recently returned from urban areas. Their relatives worked as agricultural workers and would get enough work in the sowing season. This family went from one farmer to another, asking for any kind of work. They were ready to work for Rs 2,500 for a job for which they would usually charge Rs 4,000. So, the situation is quite critical,” he added.

“Education is a social act which can be only conducted in a socialised environment. It cannot be imparted within the confines of a home. Even highly developed societies, like Japan, has limited online learning at 10% of entire school curriculum. We are ignoring an imminent pandemic of mental illness (among school children),” he said.

Asked for his reaction to the Punjab and Haryana High Court order, Kumar said: “It’s not new for us given that we faced a similar situation last year when the government opened the window for admissions without school leaving certificate. We admitted about three lakh students in a week! But the concerning part concerns apathy. When we last met the chief minister (ML Khattar), we suggested that a provision be made that all government employees should send their children to the schools run by it. We have a ruling by the Allahabad HC, too. The chief minister simply declined this, stating that it would be breaching the rights of people where they wish to send their children. The fact remains that if they (government) makes such a provision, they would not send us for animal census or any other work because then their children’s education would be hampered.”

Commenting on the stay order, Ashok Agarwal, senior Advocate and Right to Education (RTE) activist said it is contrary to the spirit of RTE which clearly mandates that no child under the age of 14 should be denied admission even if they do not possess a single document.

“I fail to understand how an honourable High Court give such an order which is anti-Constitution. First, it goes against Article 21, Article 21A which includes right to life. Then, it is also against Article 51 A which binds parents to send their children to school as a duty. It could have applied earlier passed judgments by different high courts. RTE has such a broad spectrum that migrant children who came from Pakistan and did not possess a single document were ordered to be admitted in school after the Delhi High Court passed a judgement. To my mind, this will only make them more vulnerable to child abuse and other evils in midst of the pandemic,” he said.