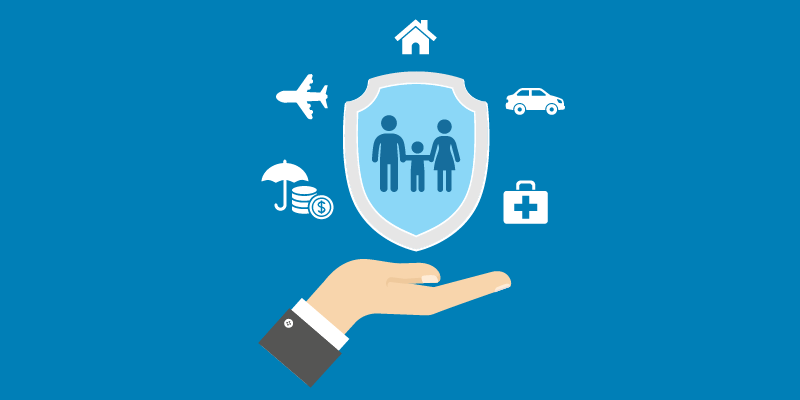 WITH the cabinet approving amendments to the Insurance Act of 1938, to raise the cap on foreign direct investment (FDI) in insurance companies from 49 to 74 per cent, the process of implementing the next stage of reducing public control over Indian insurance has begun.

Once legislated and implemented, the proposed increase in the FDI cap would permit foreign control over a majority of insurance companies operating in the country.

Possibly to appease those among its constituents, such as some members of the Swadeshi Jagran Manch, who still espouse a version of economic nationalism, the finance minister promised domestic private oversight over the foreign-controlled entities.

By way of safeguards, the budget speech promised to require a governance structure in which “the majority of directors on the board and key management persons would be resident Indians, with at least 50 percent of directors being independent directors” and a financial rule by which an as yet unspecified percentage of profits will be retained as a general reserve.

Parallel to the process of inducting foreign capital into insurance, the budget for 2021-22 also announced a decision to privatise (at least) one general insurance company and enact legislative amendments permitting an initial public offer of equity by the venerable Life Insurance Corporation of India. Many see in the latter the first steps to push for a privatisation of LIC as well.

The finance minister’s decision to use the term privatisation as opposed to disinvestment when referring to equity sale in general insurance does point to a qualitative transformation in perspective.

The term disinvestment had associated with it two features. The first was post-sale of equity in a public-owned entity, majority ownership was to remain with the government.

The second was that after the sale of equity, control over operations would remain with the government.

The case for equity sale of this kind included the argument that the presence of minority private owners would introduce an element of external oversight to discipline both the government (the majority owner) and the management of the entity.

That has been discarded and equity sale is now being seen as a means of mobilising “non-debt creating capital receipts” that could finance routine budgetary expenditures without adding to the fiscal deficit.

The government has clearly decided to sell insurance firms lock stock and barrel partly to appease corporate interests looking for opportunities for profit in finance, but mainly to mobilise resources to finance budgetary expenditures.

With the government having permitted foreign investment in insurance as part of the liberalisation process, a majority of these companies include a foreign partner. The new policy, which will encourage these partners to push for a hike in their share in equity, is therefore likely to result in foreign dominance over the insurance sector in India, initially in terms of the number of companies, but possibly soon in terms of share in the business.

The growing privatisation of the business has also been accompanied by a shift in the form of regulation away from direct control through public ownership of institutions in the life and general insurance sectors to self-regulation based on IRDA norms and guidelines and capital adequacy requirements.

The use of capital adequacy is reflected, for example, in the proposed provision that a part of an insurer’s surplus – which is the excess of assets over liabilities actuarially calculated – must be treated as a solvency margin and placed in a reserve fund the firm can access in times of need.

There is no reason to expect that this minor “safeguard” would protect citizens investing in insurance.

There is much evidence on the adverse consequences of private dominance in the insurance sector. The insurance industry delivers “products” that promise to pay, in the form of contracts that help lessen the incidence of uncertainty in various spheres.

The insured pays to fully or partially insulate themselves from risks such as an accident, fire, theft, or sickness or provide for dependents in case of death.

In theory, to enter such a contract the insured needs information regarding the operations of the insurer to whom she pays in advance large sums in the form of premiums, in lieu of a promise that the latter would meet in full or part the costs of some future event, the occurrence of which is uncertain.

These funds are deployed by the insurer in investments being undertaken by agents about whose competence and reliability the policyholder makes a judgment based on the information she has.

The viability of those projects and the returns yielded from them determine the ability of the insurer to meet the relevant promise. To the extent that the different kinds of information required are imperfectly available the whole business is characterised by a high degree of risk.

That risk is multiplied when multiple private insurers compete with each other.

In an effort to drum up more business and earn higher profits, insurance companies could underprice their insurance contracts, be cavalier with regard to the information they seek about policyholders and be adventurous when investing their funds by deploying them in high-risk, but high-return ventures.

Not surprisingly, countries where competition is rife in the insurance industry, such as the US, it has been characterised by a large number of failures. As far back as 1990, a sub-committee of the US House of Representatives noted in a report on insurance company insolvencies revealingly titled, “Failed Promises”, that a spate of failures, including those of some leading companies, was accompanied by evidence of “rapid expansion, over-reliance on managing general agents, extensive and complex reinsurance arrangements, excessive underpricing, reserve problems, false reports, reckless management, gross incompetence, fraudulent activity, greed and self-dealing.”

The committee argued that “the driving force (of such ‘deplorable’ management practices) was quick profits in the short run, with no apparent concern for the long-term well-being of the company, its policyholders, its employees, its reinsurers, or the public.”

That things have remained the same was revealed by the failure and $180 billion bail-outs of global insurance major American International Group (AIG) in September 2008.

AIG was the world’s biggest insurer when assessed in terms of market capitalisation. It failed because of huge marked-to-market losses in its financial products division, which wrote insurance on fixed-income securities held by banks.

But these were not straightforward insurance deals based on due diligence that offered protection against potential losses. It was a form of investment that in search of high returns allowed banks to circumvent regulation and accumulate risky assets.

Former Federal Reserve chairman Ben Bernanke reportedly declared that AIG took risks with unregulated products like a hedge fund while using cash from people’s insurance policies. When a lot of its assets turned worthless AIG could not be let gone, because that would have systemic implications. It had to be bailed out.

The US House of Representatives report quoted above makes clear that foreign insurance firms are by no means uniformly characterised by good management practices.

In addition, it should be obvious that these firms would be keen on deploying their funds in projects that are “reliable” (read, run by known multinational players), that offer maximum returns (which rules out infrastructural investments) and promise quick yields (which long gestation periods foreclose).

That is, not only does foreign entry into the insurance business bring with it the problems associated with excess competition in the financial sector, but it does so through agents whose investment priorities could have little in common with a national agenda.

LIC, for example, has put at the government’s disposal large volumes of capital for investment.

Further, if insolvencies become the order of the day, there could be private losses as well as social losses because of the State being forced to bailout firms as the “insurer of last resort”.

The risks of private ownership and the advantages of public ownership make inducting foreign investment into and privatising insurance a completely irrational policy. (IPA Service)