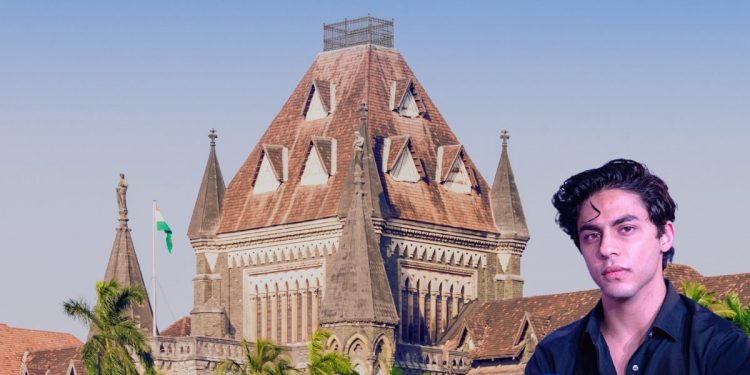 Explainer: How did the Bombay High Court release Aryan Khan on bail?

After facing rejection of his bail applications on two occasions by lower courts, Aryan Khan finally secured bail from the Bombay High Court on October 28. The reasoned bail order, recently made public, reveals that the Narcotics Control Bureau had no robust evidence to buttress its allegations of conspiracy against Khan, writes VINEET BHALLA.

THERE is no evidence that Aryan Khan, Arbaaz Merchant and Munmun Dhamecha were involved in a criminal conspiracy with other accused persons in the case to commit offences under the Narcotics, Drugs and Psychotropic Substances (NDPS) Act, held the Bombay High Court in its order releasing the three accused on bail. The full reasoned version of the order dated October 28, by a single judge bench of Justice Nitin W. Sambre, was published on November 20.

Khan, Merchant and Dhamecha had been apprehended by the Narcotics Control Bureau (NCB) on October 2 on board a cruise ship from Mumbai to Goa. Merchant and Dhamecha were found in illegal possession of six grams and five grams of charas, respectively,  which is well below the threshold of ‘small quantity’ of 100 grams the drug for the purpose of the Act, as per a government notification in this regard. Over the month of October, a total of 11 persons were named as accused by the NCB in this highly publicized case, and Khan, Merchant and Dhamecha spent 25 days under incarceration before being granted bail by the High Court.

Also read: Understanding why Aryan Khan got bail in the drugs-on-cruise case

Among its contentions before the High Court, the NCB, represented by Additional Solicitor General of India Anil C. Singh, had argued that considering the cumulative quantity of illegal drugs seized in the course of the investigation, Section 29 (Punishment for abetment and criminal conspiracy) of the Act must be relied upon, and provisions of the Act dealing with the offence of possessing ‘commercial quantity’ of drugs (commercial quantity for charas has been defined as at least one kilogram in the government notification referred to earlier) invoked.

Section 29 provides that the punishment for being a party to a criminal conspiracy to commit an offence under Chapter IV of the Act, regardless of whether the offence is actually committed in pursuance of such conspiracy, shall be at par with the punishment for that offence.

The NCB further argued that the applicants had admitted, in their confessional statements made to the Investigation Officer, that they had committed the offences alleged against them.

The NCB also, bizarrely, contended that “for appreciating the case of the Applicants for grant of bail, there has to be more than a prima facie case demonstrating their non-involvement in the crime.” [emphasis added] This flies in the face of not only the presumption of innocence that forms the bedrock of our criminal justice system, but also of our established bail jurisprudence.

Since the NCB’s case for denying bail rested on the presumption of a conspiracy among all the accused persons in the matter, the high court framed the primary question it needed to resolve thus: “whether there is enough material on record to prima facie infer that the Applicants have hatched a conspiracy and that the prosecution was justified in invoking provisions of Section 29 of the NDPS Act at this stage”? In order to reach such a conclusion, according to the court, “there has to be positive evidence about an agreement to do an unlawful act or to do lawful act by unlawful means and such agreement must precede with meeting of minds.”

To demonstrate such an agreement, as well as justify the booking of Khan, the NCB had primarily relied on Whatsapp chats on Khan’s phone, especially the messages between Khan and Merchant, which had been furnished as evidence before the court.

However, after going through the Whatsapp chats extracted from Khan’s phone, the court concluded that “nothing objectionable could be noticed” to suggest that Khan, Merchant and Dhamecha had, along with the other accused persons, had a meeting of minds or an agreement to hatch a conspiracy to commit the alleged offence. It also referred to the fact that the investigation in the case had suggested that Khan and Merchant were travelling independent of Dhamecha, and “there was no meeting of minds” on even that among them, or between them and the other accused persons.

In the court’s own words, “[t]here is hardly any positive evidence on record to convince this Court that all the accused persons with common intention agreed to commit unlawful act. … There has to be presence of basic material in the form of evidence so as to substantiate the case of conspiracy against the Applicants. Merely because of Applicants were travelling on the cruise, that by itself cannot be termed as satisfying foundation for invoking provisions of Section 29 against the Applicants.”

Consequently, the court decided that it would not be possible to conclude that the applicants had been involved in an offence of ‘commercial quantity’ of illegal drugs. As a result, the limitations on granting bail as per Section 37 of the Act, which was relied upon by the NCB for refusal of bail, would not be attracted.

In response to the prosecution’s claim that the applicants had admitted to committing the offences they were alleged to have committed, the court squarely rules that such confessional statements do not have a binding effect in law, as per the Supreme Court’s judgment in the case of Tofan Singh vs. State of Tamil Nadu (2020).

In the Bombay high court’s own words, “[t]here is hardly any positive evidence on record to convince this Court that all the accused persons with common intention agreed to commit unlawful act. … There has to be presence of basic material in the form of evidence so as to substantiate the case of conspiracy against the Applicants. Merely because of Applicants were travelling on the cruise, that by itself cannot be termed as satisfying foundation for invoking provisions of Section 29 against the Applicants.”

This judgment was given by a three-judge bench, on a reference made by a two-judge bench in 2013. The appellant, Tofan Singh, had been convicted of offences under the NDPS Act solely on the basis of his purported confessional statement recorded under Section 67 of the Act.

In Tofan Singh, the apex court had held that a conviction under the NDPS Act cannot solely rely upon the voluntary statements made by an accused under section 67 of the Act. Such evidence shall be entirely inadmissible, since the officers they are made to are to be treated as “police officers”, due to which the confession would be hit by Section 25 of the Indian Evidence Act. If a conviction is solely based upon section 67, it shall be a direct infringement of Articles 14, 20(3), and 21 of the Constitution of India, the Supreme Court had held in that case.

The Bombay High Court, however, clarified that “[s]uch confessional statements can be considered by the investigating agency only for the investigation purpose”.

The court also considered that the maximum punishment prescribed for the offence admitted to be committed by the applicants is not more than one year, whereas they had already suffered 25 days’ incarceration.

Other factors that swung the court’s decision in favour of granting bail were the absence of any criminal antecedents of any of the three applicants, and that they had not even been subjected to a medical examination in order to determine whether they had consumed drugs on the cruise ship.

Khan had earlier been denied bail twice by lower courts. A special NDPS court, while rejecting his bail application on October 20, had held that the WhatsApp chats were prima facie evidence that Khan was dealing in ‘illicit drug activities.’ The court further held that since Khan had knowledge of Merchant hiding six grams of charas, both of them were in ‘conscious possession’ of the drug even though the NCB did not recover anything from Khan.

(Vineet Bhalla is a Delhi-based lawyer, and Assistant Editor at The Leaflet.)
Click here to read the Bombay High Court’s reasoned order.