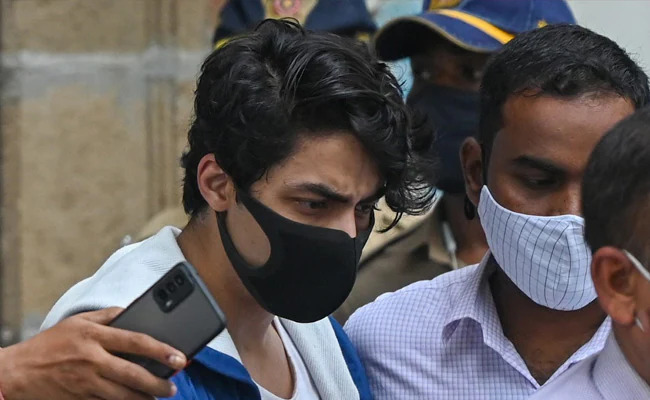 Going into the relevant provisions of the Narcotic Drugs and Psychotropic Substances Act as well as their interpretation laid out in past judicial precedent, SIDRA JAVED explains the legal principles on the basis of which the Bombay High Court granted bail to Aryan Khan on Thursday, and in ignorance of which a special court denied him bail last week.

The Special NDPS Court denied the accused person bail on the basis that some WhatsApp chats are prima facie evidence that the accused, Khan, is dealing in ‘illicit drug activities.’ The court further held that since Khan had knowledge of Merchant hiding 6 grams of charas, both of them were in ‘conscious possession’ of the drug even though the NCB did not recover anything from Aryan Khan.

While the manner in which this case was handled was heavily influenced by the status of Khan, the undeniable public image of his father, the actor Shah Rukh Khan, and the sensationalist media attention, the application of the Narcotic Drugs and Psychotropic Substances (NDPS) Act, 1985, both by the Special Court and the NCB, was far removed from the intended purpose of the Act.

Improper application of the NDPS Act

NDPS is a stringent law and views the offences committed under it strictly. The quantum of the imprisonment and fine depends on the offence committed, and the penalty is primarily decided keeping in mind the quantity of the drug involved. The quantities are classified as ‘small’ and ‘commercial’ quantities which are specified separately for each drug in a 2001 Government notification.

‘Illicit trafficking’ under Section 2 (viiib) of the NDPS Act includes the cultivating of a coca plant or gathering a portion of any coca plant, cultivating opium poppy or a cannabis plant, or engaging in the manufacture, production, possession, sale, purchase, concealment, use or consumption, warehousing, inter-State import or export, or import into or export from India, of narcotic drugs or psychotropic substances.

The quantity of drug recovered from Merchant by the NCB was 6 grams of charas (or cannabis), the small quantity for which has been notified as 100 grams while the commercial quantity is 1 kg. It is hard to comprehend, therefore, how the accused were facing charges of ‘illicit trafficking’ when the quantity that they allegedly possessed was nowhere close to the small quantity of the particular drug that was recovered.

Consumption of a narcotic drug or a psychotropic substance attracts the smallest quantum of punishment under Section 27 of the Act, which is rigorous imprisonment that may extend up to one year or fine up to Rs. 20,000 or both.

Therefore, in the present case, it is highly likely that the accused persons, if convicted, might not even have been imprisoned and would have been punished with a mere fine. It is also important to note that while Khan was charged with consumption, the NCB did not take his medical samples to prove the same.

Furthermore, the NCB only had certain WhatsApp chats to prove their case. WhatsApp chats are considered voluntary statements under Section 67 of the NDPS Act. According to the Supreme Court last year in its judgment in the case of Tofan Singh vs. State of Tamil Nadu, a conviction under the NDPS Act cannot solely rely upon the voluntary statements made by an accused under section 67. Such evidence shall be entirely inadmissible. If a conviction is solely based upon Section 67, it shall be a direct infringement of Articles 14, 20(3), and 21 of the Constitution of India.

Recently, the Union Ministry of Social Justice and Empowerment recommended certain changes to the NDPS Act and called for the decriminalization of the possession of illicit drugs in small quantities for personal consumption. The Ministry suggests that the drug addicts and users must be treated as victims and must be provided rehabilitation.

Also read: The Delhi High Court’s view on “personal search” under the NDPS Act is inconsistent with the law

‘Conscious possession’ and the NDPS Act

The term “conscious possession” has been liberally used in the media coverage of the case, in spite of being misinterpreted. When the Special NDPS Court rejected Khan’s bail application, it held that even though the NCB did not recover any drugs from him, he was still in conscious possession of the drugs that were found with Merchant since he had knowledge of the possession.

Courts have specified that the nature of the possession must always be conscious. Possession comprises of two parts: physical control and intent. The second part has been derived from Section 35 of the NDPS Act which directs the courts to presume a culpable mental state of the accused. In Mohan Lal vs. State of Rajasthan (2015), the Supreme Court held that possession is a mental state and section 35 of the NDPS Act statutorily recognizes culpable mental state, which also includes knowledge of a fact.

In Madan Lal vs. State of Himachal Pradesh (2003), the Supreme Court had held that unless the required mental element is present along with conscious possession, punishment under Section 20 of the Act will not be attracted.

Thus, the conscious possession in each depends primarily upon the facts and circumstances of each case. These may include the relationship between the co-accused, the location from where the illicit drugs have been recovered, and the quantity of the drugs that have been found.

An offence constitutes two elements: the specific act and the dishonest intention behind the act. The fundamental principle of criminal law places the burden of proof on the prosecution to establish both beyond reasonable doubt for an accused to be convicted and punished. The NDPS Act, however, reverses the burden of proof, and under section 35 allows the court to presume that a culpable mental state of the accused exists.

Nonetheless, according to the Supreme Court in 2019, the prosecution is still obligated to establish a prima facie case against the accused. In Noor Aga vs. the State of Punjab (2008), the Supreme Court held that even though section 35 of the Act reverses the burden of proof and presumes the culpable mental state, a bare perusal of the provision clearly shows that the presumption is applicable only during the trial of the accused. The burden of proof reverses only after the prosecution has established a prima facie case against the accused.

An accused is refused bail only when the Court has reasonable ground to believe that they might hinder the investigation process or tamper with the evidence. In Khan’s case, where the NCB did not recover any drugs specifically from him or conduct appropriate medical tests to prove consumption, and relied only upon WhatsApp chats as evidence that cannot be tampered with, there was no reasonable ground for the court to deny him bail.

Also read: [In-depth] ‘Addict to Convict: Working of the NDPS Act in Punjab’ – A CRITIQUE

Regardless, it is also imperative to take into account the privilege that backs Khan in the present case. It took one of the wealthiest persons of India, along with the most celebrated criminal lawyers of the country, including former Attorney General of India Mukul Rohatgi, Satish Manshinde, and Amit Desai to secure bail for Khan after 25 days of custody.

It is about time that we consider and rectify the flaws of our criminal law system which seems to be based on revenge and lacks a humanitarian approach.

(Sidra Javed is an independent researcher and writer. The views expressed are personal.)