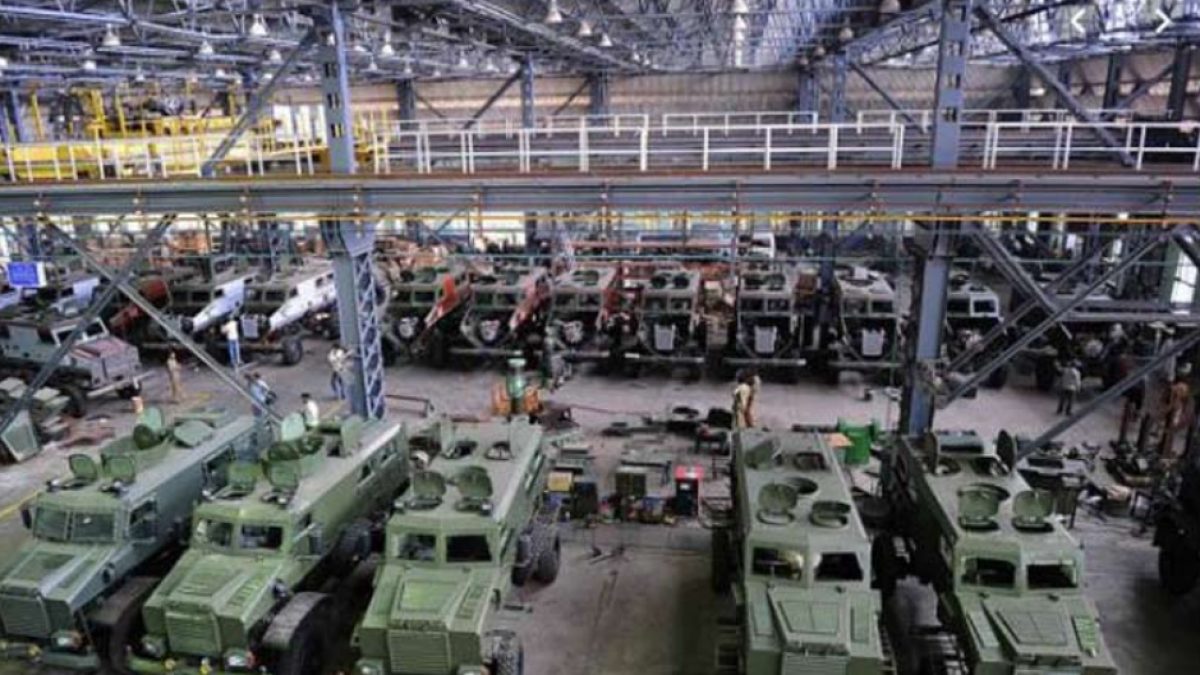 Workers’ unions nationwide staged demonstrations on July 23 against the Essential Defence Services Ordinance 2021, brought by the Centre earlier last month, that was flayed for empowering the government to suppress “all kinds of collective democratic protests” in the country.

A gazette notification titled ‘The Essential Defence Services Ordinance, 2021’, was promulgated by the President of India on June 30 in the wake of an indefinite strike, called by the recognised defence federations to protest against the corporatisation of the Ordnance Factory Board (OFB).

The ordinance empowers the Narendra Modi – led central government to issue an order for prohibiting strikes by employees involved in production of defence equipment, services and operation or maintenance of any industrial establishment connected with the military as well as those employed in repair and maintenance of defence products.

Furthermore, it allowed the usage of police force to ensure “functioning, safety or maintenance of the essential defence services”, along with empowering the concerned management to dismiss an employee, who’s found participating in a strike action, without any enquiry.

The order, according to the notification, shall stand for six months but can be extended by the Centre if it deems it so necessary, “in public interest”. A bill, seeking to replace the said ordinance, was also introduced in the Parliament on Thursday.

On Friday, protesting under the banner of Central Trade Unions, workers demanded the withdrawal of the ordinance (EDSO 2021), while claiming that it contains “various draconian penal provisions”, which arguably snatches away the legal right of the workers to strike.

Demonstrations were reported to have been staged by government employees in Rajasthan, Punjab, Chattisgarh among others. In the national capital, a demonstration was staged at Jantar Mantar – not far away from where the protesting farmers are holding their ‘Kisan Sansad’, as a protest against the contentious farm legislations.

More importantly, behind the strong “condemnation” of the EDSO 2021 by the unions is also the timing of the ordinance being introduced.

“… the ordinance [was] hurriedly promulgated by the Central Govt. to push its policy of privatisation of the PSUs, Railways, Mines, Financial Sector… in fact [that of] the national productive assets and infrastructure in entirety, only to benefit big corporates, foreign and domestic,” said a press statement jointly signed by All India Trade Union Congress

“That makes it not just a matter confined only to defence sector but others as well. Hence, it is a very dangerous ordinance that must be protested against in a united manner,” she told NewsClick.

To be sure, anger is simmering among the employees of various public sector enterprises – including Life Insurance Corporation (LIC), Bharat Petroleum Corporation Limited (BPCL), to name a few – who are opposing the Centre’s disinvestment process, fearing that it will affect their service condition, in the long run, if not immediately.

Among them are also the defence federations, which were earlier prompted to call for indefinite strike after an approval of the Union Cabinet to a plan to replace the board, that oversees the functioning of 41 ordnance factories, into seven new Defence Public Sector Undertakings (DPSUs).

Tapan Sen, general secretary, CITU, said that the trade unions will not “recognise this ordinance”. “We shall protest against the anti-national policies of the government; if needed, the workers will also go on strike,” he said.