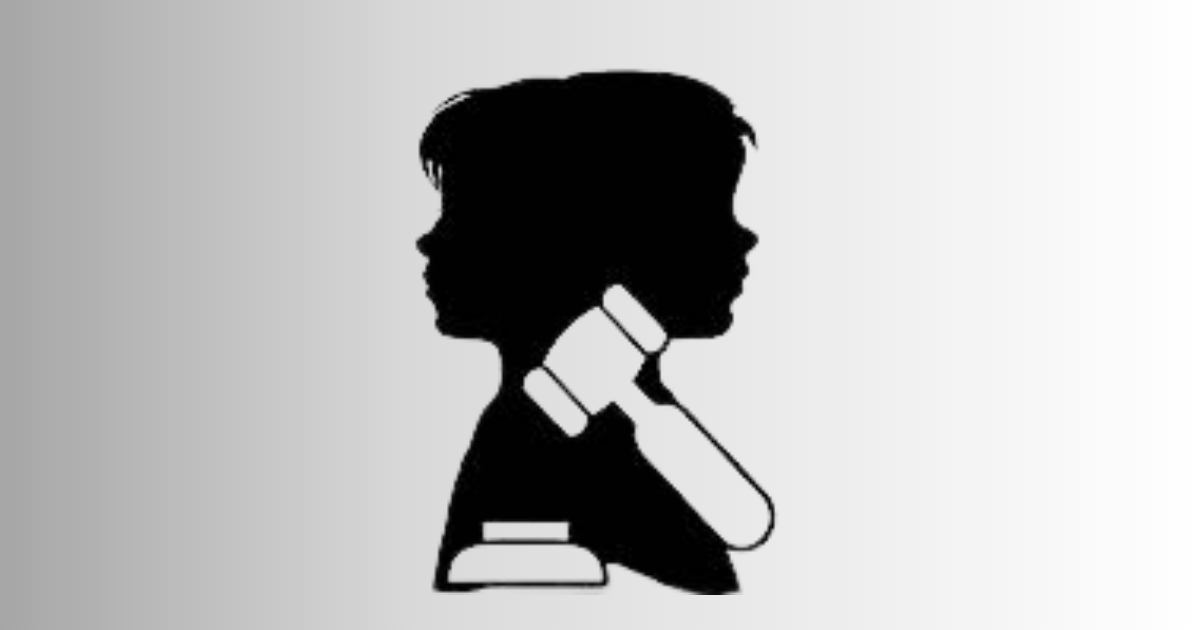 It would be misplaced to interpret the procedure contained in section 19 of the POCSO Act to do away with the classification of the offence. The provisions engrafted under the POCSO Act nowhere suggest that the offences under the Act are cognizable or non-cognizable.

ON March 21, the Supreme Court of India, in the case of Gangadhar Narayan Nayak @ Gangadhar Hirekutti versus State of Karnataka & Ors. delivered a split verdict on the question of whether permission from a Magistrate is needed by the Police to probe the offence of revealing a victim’s identity under Section 23 of the Protection of Children from Sexual Offences Act, 2012 (‘POCSO Act’).

The principal questions posed for consideration before a division bench of Justices Indira Banerjee and J.K. Maheshwari were:

While Justice Banerjee held that the Magistrate’s permission is not needed for the police to investigate an offence under section 23 of the POCSO Act, Justice Maheshwari dissented from Justice Banerjee’s view. In view of the conflicting opinions, the matter has been referred to the Chief Justice of India for constituting an appropriate bench to decide the issue. In the meantime, this piece analyses the aforementioned questions pending judgment of a larger bench that may be constituted to settle the issue.

On or about October 30, 2017, the victim’s mother lodged a complaint against the appellant under section 23 of the POCSO Act at the Siddapur Police Station, pursuant to which a criminal case being Case No. 203/2017 was started against the appellant. Post investigation, the police filed a report under Section 173 of the Criminal Procedure Code (‘CrPC’) at the Court of the Principal District Judge, Uttar Kannada, Karwar, on December 31, 2017. By an order dated April 19, 2018, the court of the principal district judge, Uttar Kannada, Karwar, took cognizance of the offence alleged and directed that summons be issued to the appellant. Thereafter, the appellant filed an application for discharge on the purported ground that an offence under section 23 being non-cognizable, the police could not have investigated the offence without obtaining an order of the Magistrate under section 155(2) of the CrPC.

While Justice Banerjee held that the Magistrate’s permission is not needed for the police to investigate an offence under section 23 of the POCSO Act, Justice Maheshwari dissented from Justice Banerjee’s view.

Also read: Is disclosure of identity of victim under POCSO Act a cognizable offence? A three-judge SC bench may decide

Information to police, and its power to investigate cognizable and non-cognizable offences

Chapter XII of the CrPC deals with information to police and its powers to investigate. In Lalita Kumari versus Govt. of Uttar Pradesh & Ors. (2013), a five-judge Constitution bench of the Supreme Court, speaking through then Chief Justice P. Sathasivam, held that police officers are duty bound to forthwith register a First Information Report in case of commission of a cognizable offence. Section 41 of the CrPC empowers the police to arrest a person without warrant in connection with a cognizable offence. After completion of investigation, the investigating agency is bound to file an appropriate report before the magistrate/court.

However, it is well settled that in non-cognizable offences, the mandate of section 155(2) of the CrPC requires the police to obtain an order from the magistrate for investigating into such a class of offences. Section 155(3) permits the police officer receiving an order from the Magistrate to exercise the same powers in respect of investigation as a police officer may exercise in a cognizable case, except the power to arrest without warrant.

It has been held in a catena of judgments (such as this one from the Kerala High Court) that section 155(2) is mandatory in cases of non-cognizable offences, and the procedure contained therein cannot be avoided to investigate into such offences.

Information of offences under POCSO Act: cognizable or non-cognizable?

In this backdrop, it would be apposite to refer to sections 19 and 23 of the POCSO Act.

Section 19 of the POCSO Act states:

(1) Notwithstanding anything contained in the Code of Criminal Procedure, 1973 (2 of 1974) any person (including the child), who has apprehension that an offence under this Act is likely to be committed or has knowledge that such an offence has been committed, he shall provide such information to,–

(a) the Special Juvenile Police Unit; or

(b) the local police.

(2) Every report given under sub-section (1) shall be–

(a) ascribed an entry number and recorded in writing;

(b) be read over to the informant;

(c) shall be entered in a book to be kept by the Police Unit.

(3) Where the report under sub-section (1) is given by a child, the same shall be recorded under subsection (2) in a simple language so that the child understands contents being recorded.

(4) In case contents are being recorded in the language not understood by the child or wherever it is deemed necessary, a translator or an interpreter, having such qualifications, experience and on payment of such fees as may be prescribed, shall be provided to the child if he fails to understand the same.

(5) Where the Special Juvenile Police Unit or local police is satisfied that the child against whom an offence has been committed is in need of care and protection, then, it shall, after recording the reasons in writing, make immediate arrangement to give him such care and protection including admitting the child into shelter home or to the nearest hospital within twenty-four hours of the report, as may be prescribed.

(6) The Special Juvenile Police Unit or local police shall, without unnecessary delay but within a period of twenty-four hours, report the matter to the Child Welfare Committee and the Special Court or where no Special Court has been designated, to the Court of Session, including need of the child for care and protection and steps taken in this regard.

(7) No person shall incur any liability, whether civil or criminal, for giving the information in good faith for the purpose of sub-section (1).

Section 23 of the POCSO Act states:

(1) No person shall make any report or present comments on any child from any form of media or studio or photographic facilities without having complete and authentic information, which may have the effect of lowering his reputation or infringing upon his privacy.

(2) No reports in any media shall disclose, the identity of a child including his name, address, photograph, family details, school, neighbourhood or any other particulars which may lead to disclosure of identity of the child:

Provided that for reasons to be recorded in writing, the Special Court, competent to try the case under the Act, may permit such disclosure, if in its opinion such disclosure is in the interest of the child.

(3) The publisher or owner of the media or studio or photographic facilities shall be jointly and severally liable for the acts and omissions of his employee.

(4) Any person who contravenes the provisions of sub-section (1) or sub-section (2) shall be liable to be punished with imprisonment of either description for a period which shall not be less than six months but which may extend to one year or with fine or with both.

Relying upon section 19, Justice Banerjee observed that an offence under section 23 was squarely covered by the words “offence under this Act” contained in section 19. She noted that if the legislature had intended section 155(2) of the CrPC to be applicable to section 23 of the POCSO Act, it would have specifically been provided so. While holding that that the procedure engrafted in section 19 of the POCSO Act had to be followed even for an offence punishable under section 23 of the Act, Justice Banerjee dismissed the appeal.

On the other hand, Justice Maheshwari observed that the POCSO Act did not say anything regarding cognizable and non-cognizable offences. He observed that the language of section 19 did not specify that all offences punishable under the POCSO Act were cognizable, and as to how and in what manner the investigation on reporting of commission of offence under section 19(1) of the Act was to be made by the police. He, therefore, opined that it would be necessary to take recourse to Chapter XII of the CrPC, which deals with investigation after receiving information as to a cognizable or non-cognizable offence, to determine if offences punishable under the POCSO Act were cognizable or non-cognizable. In this backdrop, Justice Maheshwari quashed the proceedings against the appellant/accused.

Section 45 of the Prevention of Money Laundering Act, Section 37 of the Narcotic Drugs and Psychotropic Substances Act, Section 21 of the Maharashtra Control of Organised Crime Act, Section 14 of Unlawful Activities (Prevention) Act, among others, make all offences punishable under the respective statutes cognizable. In view of the express non-obstante clause contained in the special statutes, the Schedule contained in the CrPC, which classifies offences as cognizable and non-cognizable, thus, has no application for the purpose of determining if the offences under the respective special statutes are cognizable or not.

Although there is a special procedure engrafted for reporting offences under section 19 of the POCSO Act, it is manifest that there is no provision in the Act which makes all offences cognizable. In the absence of any such express provision, the natural corollary would be to fall back upon the CrPC to determine if an offence is cognizable or non-cognizable.

The first Schedule in the CrPC makes it clear that if the sentence with imprisonment for less than three years or with fine is prescribed in that law, then commission of such offence under any other laws would be non-cognizable, bailable and triable by any magistrate.

The first Schedule in the CrPC makes it clear that if the sentence with imprisonment for less than three years or with fine is prescribed in that law, then commission of such offence under any other laws would be non-cognizable, bailable and triable by any magistrate. As an offence under section 23 of the POCSO Act is punishable with imprisonment up to one year, it is manifest that the said offence would be non-cognizable and section 155(2) of the CrPC would be applicable for the purpose of investigation. It would, therefore, be incumbent upon the police to obtain an order of the magistrate before proceeding to investigate into an offence under section 23 of the POCSO Act.

With due respect, it would be misplaced to interpret the procedure contained in section 19 of the POCSO Act to do away with the classification of the offence inasmuch as to deem it as a manner in which the offence is to be investigated. The provisions engrafted under the POCSO Act nowhere suggest that the offences under the Act are cognizable or non-cognizable.

Irrespective of the merits of the case and gravity of offence, circumventing mandatory procedure would very much be a ground for quashing the proceedings as per the Supreme Court’s view in Keshav Lal Thakur versus State of Bihar (1996). A priori, it is Justice Maheshwari’s judgment which appears to be better reasoned and legally sustainable.